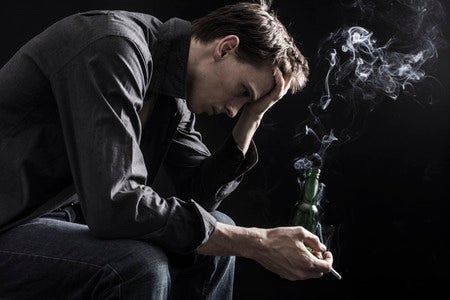 If you’re already struggling with a new year’s resolution to stop smoking then don’t despair; according to new research, the more attempts you make the more likely you are to finally succeed.

Carried out by researchers at the Department of Community Medicine, School of Medical Sciences, Universiti Sains Malaysia and Hospital Raja Perempuan Zainab 2 in Malaysia, the new study looked at 202 smokers over the age of 18 who were attempting to kick the habit at a quit-smoking clinic.

The researchers gathered data on participants’ medical history, smoking characteristics, and type of treatment received by smokers at the clinic. Smokers who quit smoking six months after being registered at the clinic were considered successful quitters.

The findings, published in the journal Family Medicine and Community Health, showed that 42.6 percent of the participants did manage to successfully quit smoking.

The team also found that smokers were significantly more likely to be successful at quitting if they had smoked 20 cigarettes or less a day and already made multiple attempts to stop smoking.

The researchers noted that quitting smoking is difficult for many people, and many factors contribute to successfully kicking the habit. However, the new findings could encourage those who have picked up the habit again to make another attempt to stop once and for all. JB