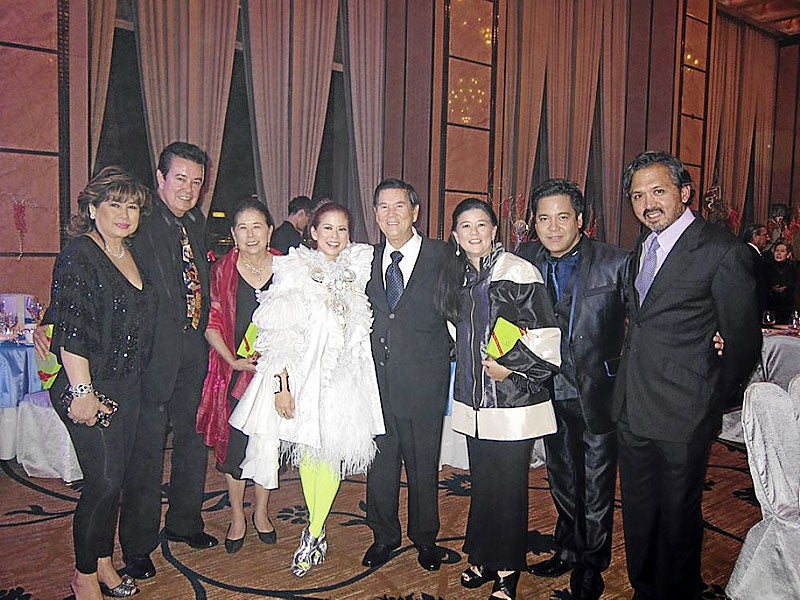 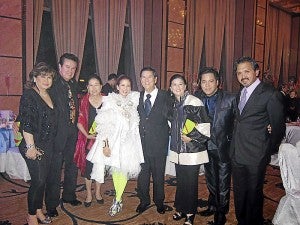 Time is truly the most precious commodity of our generation. I can’t believe half of 2011 is almost gone!

This hyperspace half-year has seen me travel to new destinations, run more miles than ever, wear new costumes and hats, including a feathered one that guests of the Royal Wedding would envy, start the taping of a new reality series on TV5, and best of all, star in my first big-screen movie.

To say that it’s been a fantastically exciting year so far is a bit of an understatement.

This whirlwind of a pace makes me feel like Manny Pangilinan on an average day. MVP is well-known for his hectic and unrelenting pace, and it was exciting to see the taipan up close and personal at the 30th anniversary of First Pacific.

From investments in telcos, water and power, plus toll roads and hospitals, First Pacific is now thinking of buying an NBA basketball team. If it pushes through, it will be the first Asian company to own an NBA team. I gathered all this as I sat in the luxurious ballroom of the Four Seasons Hotel in Hong Kong, feeling proud to be Filipino as I listened to MVP’s speech.

To say that MVP has grown First Pacific by leaps and bounds is a bit of an understatement.

The après-dinner entertainment top-billed Lea Salonga, Lani Misalucha and Sarah Geronimo on the distaff side, and Martin Nievera, Christian Bautista and Jed Madela on the spear side. Their brilliant repertoire ranged from musical theater to Top 40, from jazz to ’70s hits, and from OPM to Michael Jackson. 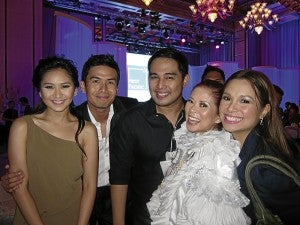 Smart Infinity’s Julie Carceller and her team worked closely with director Rowell Santiago and musical director Louie Ocampo to deliver the highly entertaining program in spite of the busy schedules of the artists. In fact, Lani flew in from Las Vegas just for the occasion. With just a couple of days for rehearsal, she and Jed did an amazing, tongue-twisting mash-up of “Rondo” and “Tonight.” Lea was as always at her astounding best, and in harmonious combination with Martin and the rest.

Hosts Ruffa Gutierrez and Mo Twister, who now have a show on TV5, both looked great. Ruffa and the rest of the ladies wore Rajo Laurel designs while the men wore Randy Ortiz suits. I wore a Queen Victoria-inspired gown created by Albert Andrada. The talented, Dubai-based designer also loaned me more of his designs for my pictorial with Metro Society.

The next day, I had high tea at the Peninsula Hotel with birthday girl Virgie Ramos. Christian and his manager Carlo Orosa joined us as well, and later both escorted me back to the Four Seasons.

The jewel in the First Pacific crown is, of course, PLDT. The latter recently started a reality and online travelogue, pitting eight prominent Internet users against one another to come up with the best adventure post. 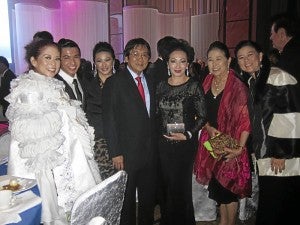 Aside from cash and myDSL subscriptions, prizes included a Sony VAIO laptop and Cyber-shot camera, Cebu Pacific trips to Dakak, and a pizza party courtesy of Yello Cab Pizza Co.

The Awesome Hunt, launched in partnership with the Department of Tourism, was created to announce the locations of 200,000 recently installed myDSL broadband lines. View the locations and the travel blogs on www.pldtwatchpad.com/awesomehunt. This weekend, PLDT myDSL is in Legaspi City to launch the lines.

Also this weekend but on the other side of the globe, visual artist, newspaper columnist and business executive Marivic Rufino is holding her 16th solo exhibit at the Museo Nacional de Antropologia in Madrid. Entitled “Romanza,” the exhibit is part of the Philippine Embassy’s celebration of Mes Filipino in Spain this month. 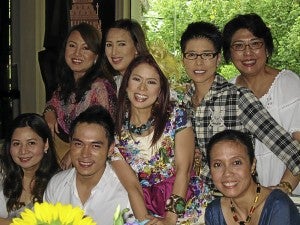 In “Romanza,” Marivic expresses her artistic nature through watercolor, acrylic and mixed media on canvas. “Romanza” is also the title of a poetry book launched in 2009, featuring Rufino’s artworks matched with the poetry of National Artist for Literature Virgilio S. Almario, translated by poet Marne Kilates.

On the birthday side, the fab 4-oh of Metro Society’s Anton Barretto is this month as well. His busy schedule has been a riot, with last-minute edits on the magazine’s exciting June home issue, featuring the Sea Princess, moi, on the cover.

I was glad to see the cover story focused on the many charities that keep me busy, especially the upcoming Red Cross Ball. ABS-CBN hot star Jake Cuenca has agreed to a strong supporter of the Ball, and will help with the awareness campaign for it.

The pictorial for the cover shoot included a tea party with my Assumption classmates, where young creative florist Patricia Pastelero arranged the prettiest summer flowers spread in between the delightfully pretty cupcakes of Sonja Ocampo.

To say that I’m encouraging everyone to go out and grab the latest copy of Metro Society is a bit of an understatement!