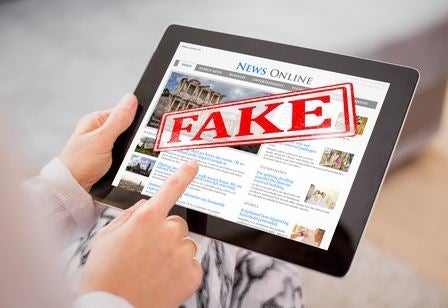 A study by researchers from Princeton University and New York University found age as the prime factor that determined whether someone would share “fake news” on social media.

The study, published in the peer-reviewed Science Advances journal on Jan. 9, shed light on the concerns about the prevalence and effects of spreading misinformation during the 2016 US presidential campaign.

The researchers noted that one of the most discussed phenomena after the 2016 US presidential elections was the dissemination and possible influence of misinformation or fake news, with some scholars and commentators asserting that fake news could have affected the results of the elections.

The study, however, found that sharing articles from fake news sites in itself was a “rare activity” during the election campaign, with the vast majority of the 3,500 respondents having not shared any fake news articles in 2016 at all.

Despite the rarity in the phenomenon, however, the study showed that conservatives were more likely to share articles from fake news domains, which were “largely pro-Trump in orientation than liberals or moderates.” Those who identified as “very conservative” shared the most fake news articles.

“Republicans in our sample shared more stories from fake news domains than Democrats,” the study read. “Moreover, self-described independents on average shared roughly as many as Republicans.”

Interestingly, the study also found that Facebook users over 65 years old, on average, shared nearly seven times as many fake news articles as the youngest age group (18-29 years old).  The finding holds true even when the researchers conditioned other factors, such as education, party affiliation, ideological self-placement and overall posting activity.

“More puzzling is the independent role of age: Holding constant ideology, party identification, or both, respondents in each age category were more likely to share fake news than respondents in the next-youngest group, and the gap in the rate of fake news sharing between those in our oldest category (over 65) and youngest category is large and notable.”

Two possible explanations for the findings were highlighted by the researchers, who noted the lack of attention paid to the oldest generations when it comes to studying political behavior. They posed that Americans in their 60s and beyond perhaps lack the digital media literacy necessary in discerning the trustworthiness of news online.

The second explanation, which was drawn from psychology, suggests the general effect of aging on memory. “Memory deteriorates with age in a way that particularly undermines resistance to ‘illusions of truth’ and other effects related to belief persistence and the availability heuristic, especially in relation to source cues.”  /ra