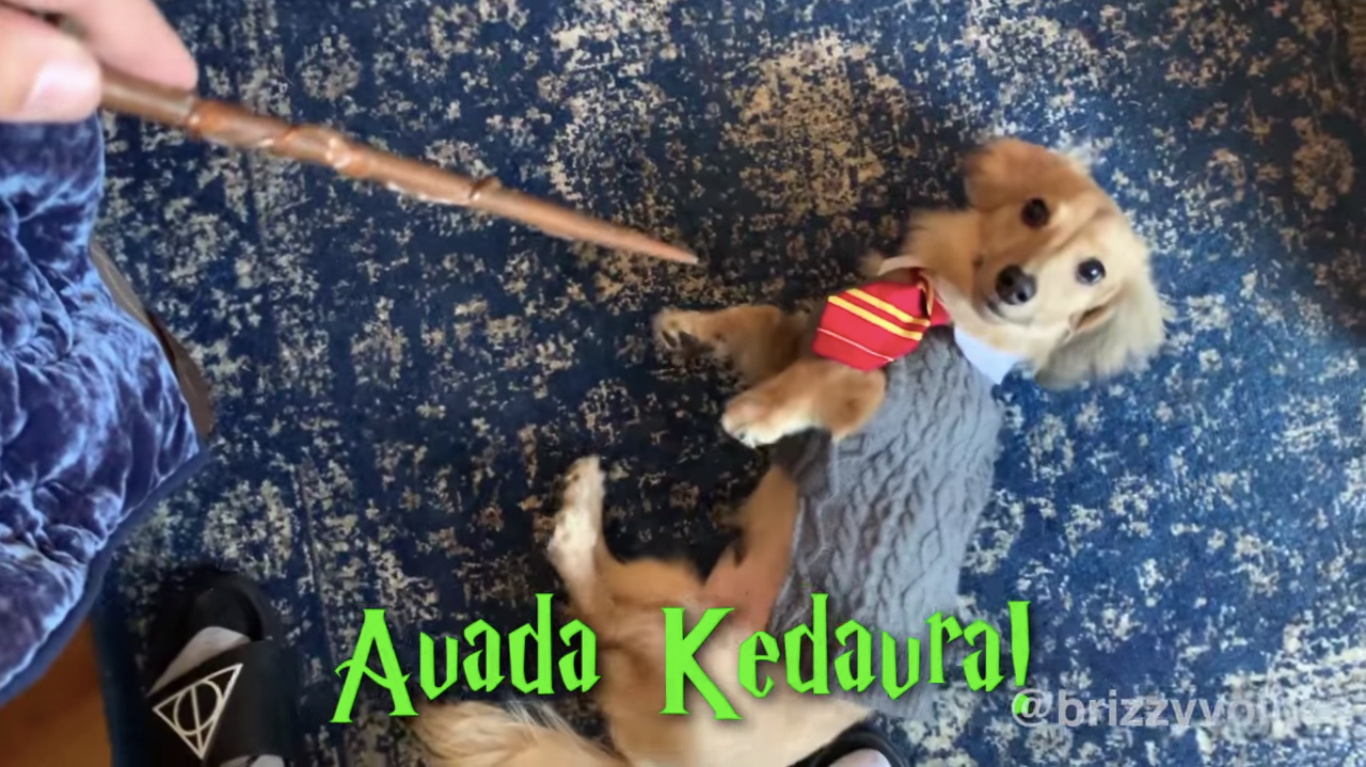 WATCH: Dog does tricks in reaction to ‘Harry Potter’ spells

One “Harry Potter” fan showcased her love for the fantasy series by training her dog to do tricks in response to magic spells.

American actress and YouTube personality Anna Brisbin, a.k.a. Brizzy Voices, showed off the unique talent of her 1-year-old miniature dachshund, Remus, who is named after the wizard Remus Lupin in the J.K. Rowling series, via Twitter on Monday, Jan. 7.

Her video, which had gone viral, has garnered over 5.3 million views, as of this writing.

oh, you trained your dog in German? coolcoolcool

i trained my dog in Harry Potter spells. pic.twitter.com/tBlRVTJ33Z

The dog, who was wearing a knitted gray shirt as well as a red and gold tie — akin to the Hogwarts school uniform of students in house Gryffindor — readily followed the commands in the form of magic spells issued by his owner.

From levitation charm “Wingardium Leviosa” to the sinister killing curse “Avada Kedavra,” the adorable dog won the hearts of netizens with his magical moves.

He even has a few cheeky tricks up his paw: He urinates to perform water-making spell “Aguamenti” and responds to snake-summoning spell “Serpensortia” by sticking his tongue out.

Pottermore, the global digital publisher of Harry Potter and the Wizarding World, took to Twitter to reward the dog on Tuesday, Jan. 8. “10 points to Gryffin-paw!” the account said.

Apparently, Remus is not the only pet of Brisbin to have an affiliation to the Wizarding World, as per her tweet yesterday. Her black cat which she likened to dementors, the creatures which feed on one’s happiness, was named “Torrie.”

fun fact: my cat is a dementor. i call her Torrie for short.

(no, but like, her name truly is Torrie.) pic.twitter.com/xAxgwPL5xE

“Harry Potter is my everything,” she told Huffington Post on Jan. 8. “It’s what raised me and formed me to be the person I am today and inspired my career as an actor.”

She also revealed what her favorite is among Remus’ tricks: “I love when he plays dead with Avada Kedavra. He’s picky, though, he’ll only roll over if there is carpet on the floor for his back. I suppose I am grateful he’s taking care of it.” NVG