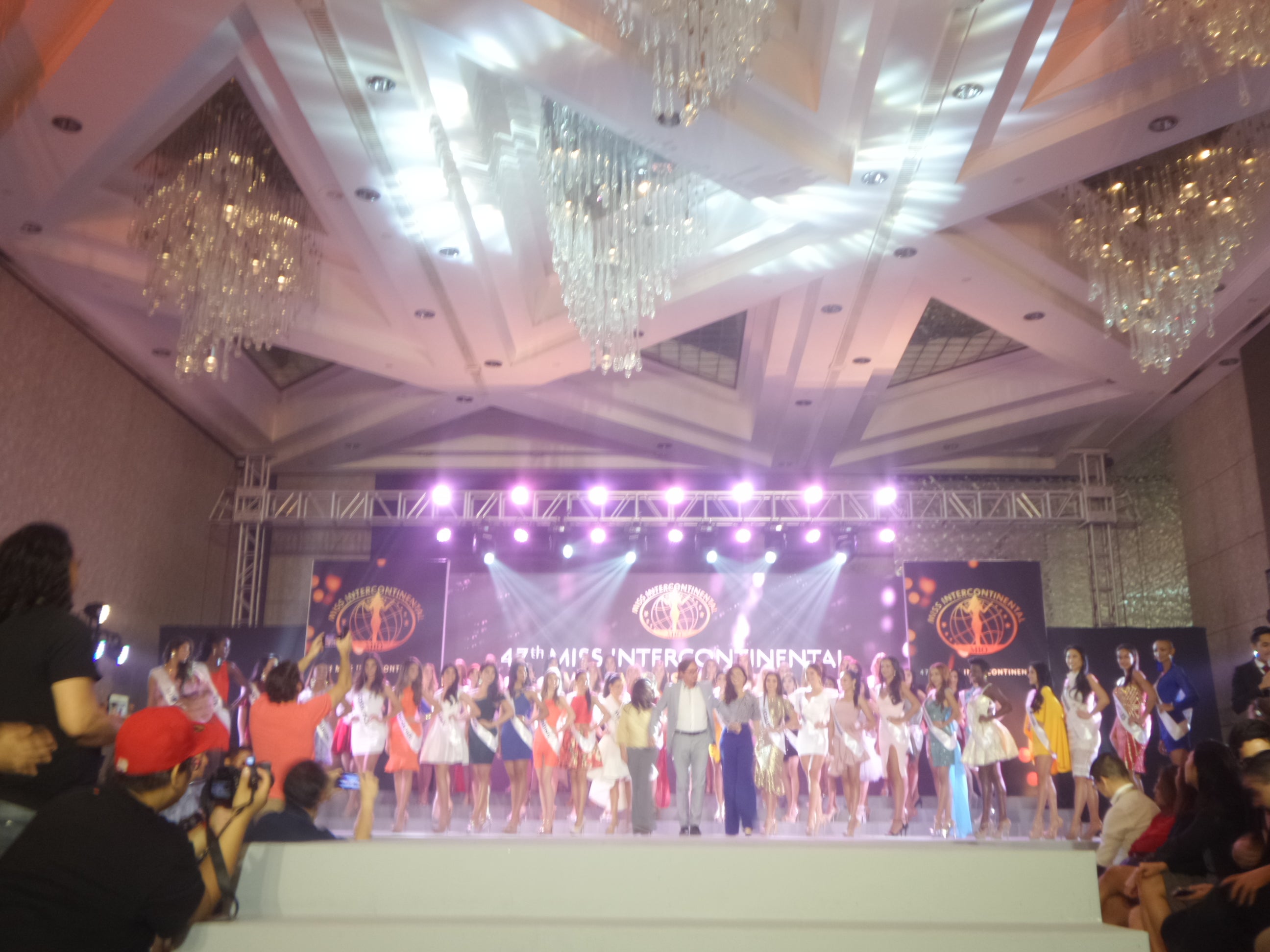 The Miss Intercontinental pageant is being staged in the Philippines for the first time this year, but the country is not hosting the global tilt. PHOTO by Armin P. Adina

Organizers from the Miss Intercontinental Japan bagged the hosting rights for the pageant’s 2018 edition but failed to secure a venue in Tokyo partly because of the preparations being made for the Summer Olympics, which is set to take place in the Japanese capital in 2020. That is why the contest will be held in the Philippines.

“You know in Japan, everything is so organized, and everything is planned in advance, so we were not able to find a venue for the pageant,” Kumi Miyamae, chief operating officer of the Miss Intercontinental Japan Organization, told the Inquirer in an earlier interview.

Tursies told the Inquirer at the sidelines of last year’s launch that he was surprised when he learned of the elder Miyamae’s plan to bring the pageant to the Philippines.

“We were tracking first to have it in Japan. Miyamae said she is very organized like me, and she would like to do it there,” he shared.

“But the time was too short, so she then asked me if we could do it in the Philippines. Maybe it would be quicker. I said ‘wonderful!’ because I know there is a fan base in Manila and the Philippines for Miss Intercontinental,” Tursies added.

The elder Miyamae told the Inquirer that as early as May 2018, her team had already sent a proposal to the Department of Tourism (DOT).

“But unfortunately, they told us that they will not be giving importance to pageants (in 2018),” she said.

“But as a Filipino, I want to help our country, our Philippine-made shoes, fabrics, food. That is why I talked to the Department of Trade and Industry (DTI),” she added.

The CEO said no government funds will be spent for staging the Miss Intercontinental pageant in the Philippines because technically her team is still the official organizer.

The DTI will just provide and suggest a list of places where certain products, food or industries may be featured.

Over 60 international delegates were presented at the Sofitel Hotel in Manila on Thursday afternoon. They will compete for the crown in ceremonies to be staged at the Mall of Asia Arena in Pasay City on Jan. 26.

Bohol-born analyst Karen Gallman, the last of the 2018 Binibining Pilipinas queens to compete, will try to bag the Philippines’ first Miss Intercontinental crown.

She was voted by members of the media as Media’s Favorite, and was also chosen by sponsor H&H Salin as “Standout Beauty.”

The Philippines got very close to the Miss Intercontinental crown twice with the first runner-up finishes of Christy Lynn McGarry in 2015 and Katarina Rodriguez in 2017. /ee