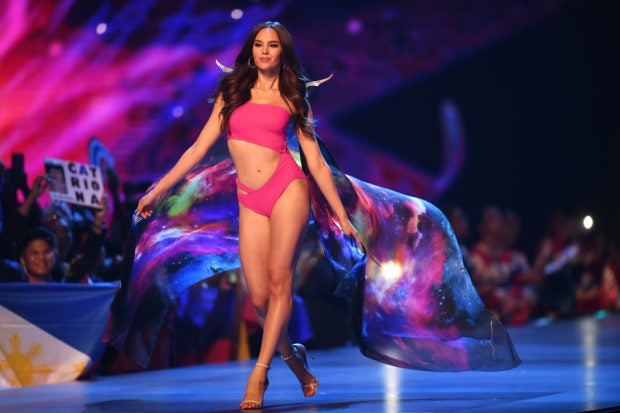 Catriona Gray of the Philippines competes in swimsuit during the 2018 Miss Universe Pageant in Bangkok on Dec. 17, 2018. - Miss Philippines was crowned Miss Universe on Dec. 17 in Bangkok after a trailblazing ceremony praised for featuring its first transgender candidate but marred by gaffes about the English-speaking ability of two Asian contestants. (Photo by LILLIAN SUWANRUMPHA / AFP)

MANILA, Philippines — We may be seeing a “lava walk” collaboration between international supermodel Tyra Banks and Miss Universe 2018 Catriona Gray in the future.

Can’t stop thinking about that #LavaWalk.

The so-called “lava walk” is Gray’s signature strut when she graced the runway at the pageant.

The Miss Universe organization took Banks’ sentiment and made an idea out of it.

We would love to see you and @catrionaelisa #lavawalk together! ❤️

Meanwhile, Gray said it “would be a dream” to walk with a veteran model like Banks.

In the past, the supermodel has raved about the Fil-Aussie stunner in previous tweets.

Banks praised Gray’s “slow-mo twirl” which won the hearts of many as she showcased it during the preliminary competition of the global tilt.