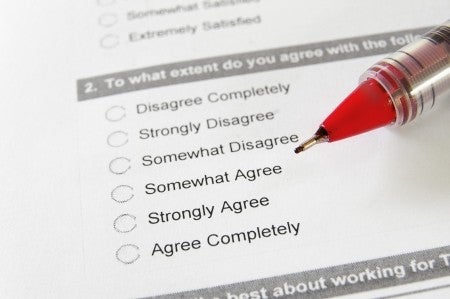 Why we make bad survey respondents

We owe no one our truth—that’s personal!

What else does President Duterte have to do to get our goat?

That’s the first question I asked after reading the latest opinion survey on the Duterte presidency: 74 percent approve, only 14 percent disapprove, and 11 percent neither approve nor disapprove. (Presumably, the 1 percent unaccounted for is distributed among the three categories.)

Incredulous himself, my husband asked in his fortnightly opinion piece in Rappler, how, “despite being revealed in the full flower of his deviancy… Duterte has [yet] gained four percentage points since the last previous survey.”

Given my own incorrigible faith in my countrymen and presuming nothing wrong with the polls, I can only think they are afraid to say what they really feel.

Vergel tells me that since Duterte’s election he has suspected “a pathology” that has developed among our masses from languishing in poverty for generations in a culture of patronage.

But how, someone asks, could we have developed this pathology in such a short time, when less than a decade ago we had elected Noynoy Aquino?

Vergel explains, “For all the gains made under his administration, these did not trickle down fast enough to impress the masses of the poor. Duterte came promising all sorts of quick fixes, to which they are always vulnerable. The not so poor, on the other hand, were encouraged in their sense of entitlement by supporting Duterte.”

What about the taxi drivers and salespersons who, as respondents in my own survey, enthusiastically share my sentiments?

Vergel has a way of fatally dampening my spirit: “Did you really expect them to take you on? As their passenger and customer, you happen to be their patron of the moment?”

At any rate, my disbelief-cum-discomfort appears shared widely enough for Mahar Mangahas, founder of Social Weather Stations, the country’s pioneering polling organization, to address it in his column in this paper (Jan. 5, 2019): “This is not about you, but about the people, in the hope that their views, as a collective, are of interest to you, whether or not you personally agree with them.”

He goes on to explain the polling methodology, which apparently works most everywhere else.

Could it, perhaps, be a question of language? Is that why in international beauty contests, while we stand out in the physical challenges—beauty, bearing, measurements—we tend to do poorly in the Q&A? I sometimes wonder whether or not using an interpreter would help. But, of course, that also presupposes a fair power of comprehension.

Anyway, those things remedied, our interracial candidates should be hard to beat.

I doubt, though, that language and comprehension are the same problems with surveys. I haven’t been a survey respondent myself, but it’s my understanding that survey questions are simple enough and asked in the preferred language of the respondent. What, then, might be the problem or problems?

A Facebook posting of how we avoid answering simple questions directly reveals some sort of mind-set:

This betrays a sense of vulnerability so deep it has developed in us a habit of automatic defensiveness in the face of questioning. We dodge or offer an excuse. We are suspicious of askers and try to second-guess their motives. We probably ask ourselves, what obligation do we have to a total stranger that we should reveal what’s on our minds, let alone what’s in our hearts? We owe no one our truth—that’s personal!

How, then, pray tell, can we be accurately polled? Perhaps it is in this strange attitude of ours that lies the contradiction that, while 74 percent approve of Duterte’s presidency, the approval does not extend to his extrajudicial killings or to the surrender of our western sea to China or to federalism. Majority of Filipinos, in fact, reject them.

Hopefully, in the secrecy of the voting booth in the midterm elections in May, effectively a decisive referendum on President Duterte, indeed, potentially our last chance to make a free choice about anything, we could finally be true to ourselves.