MY CACTUS HEARTBURN: And I thought shooting a ‘rom-com’ would be easy! | Inquirer Lifestyle ❮ ❯ 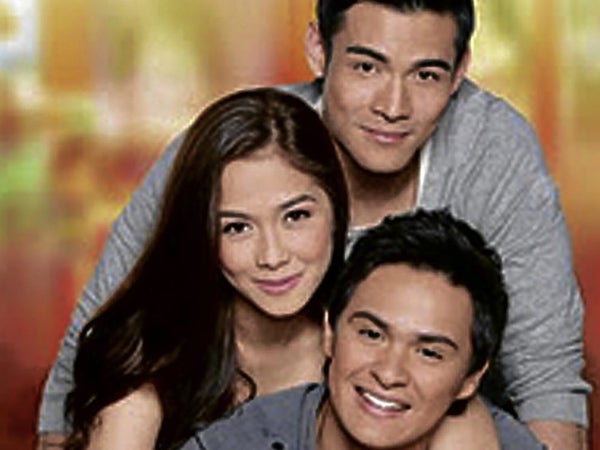 MY CACTUS HEARTBURN: And I thought shooting a ‘rom-com’ would be easy! 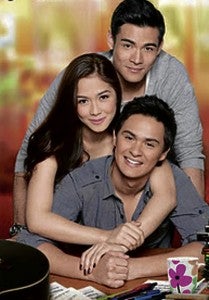 “My Cactus Heart”—when I was considered to direct it, I thought, smugly, it did not sound like a neo-realist international epic. They said it would be a Star Cinema-Skylight Cinema collaboration. Skylight’s first movie: that meant no precedent to compare with, so less pressure, right?

And the stars! Maja is a darling. One does not have to make her act; one simply releases her force onscreen. Screen partner Matteo Guidicelli is also real-life partner, so all I have to do was to train the camera to capture their alchemy. With Xian Lim as love challenger? The guy is practically a Koreanovela idol minus the Korean part.  Throw in Rosanna Roces, Ricky Davao, Ramon Christopher, Pinky Amador, Joy Viado, JM de Guzman and Nina Dolino—as superior an ensemble as one can get. Right?

Gross underestimation: Time and money are never enough in any filmmaking attempt, much less this maindie, aka mainstream-indie hybrid (Think: modest budget, Red camera, intimate story). Add that these busy stars working with us on time squeezed between projects that pay better. The planning seemed to require a scheduling algorithm that would frighten an IBM industrial mainframe. But I was undaunted.

For all my years in Star Cinema, plus a stint directing a previous multi-episode movie, I figured I could swing this between desk jobs. It turns out that filmmaking, especially full-length “rom-com,” (romantic comedy) is not a task you control; it controls you, just like the love you seek to depict.

In shootings, we looked for houses that no production had used yet—that so-called virgin location. Now, as virgin locations go, mine was a street-corner slut. The owners were so used to frequent shootings that they have moved to an annex, and rented out their cinegenic house like a taxi.

On top of that, another Star Cinema film also made it their location, and screened in theaters ahead of us. The movie? “Pak Pak My Dr. Quack!” Now, how am I supposed to convince the moviegoers that this house was where all the romance started, when, to their minds, it was a quack doctor’s lair?

Typical Hollywood normally targets one small sequence in a day. Star Cinema usually schedules four to five in a day. This one? The budget mandates eight to nine  sequences a day. A tad go-go-go, but my positive thinking justifies: Time pressure squeezes out more adrenaline. Right?

Wrong. Come first shooting day, it turned out that the first juice off me was bile.

The future ex-production designer overstated his credentials. He should have written mayordomo, instead. The set did shine spic-and-span, with a battery of houseboys hovering about, natch, but—where were the critical props, the set dressing as per script, the motif, the symbolisms? I had half my mother’s living room transported to the set, pronto.

We were just about ready to shoot high romance, when—what was that incessant barking? We found out there was a dog farm right next door! I almost rewrote the movie as “101 Dalmatians.” The props men saved the shoot by covering each of the neighbor’s 20-plus kennels with black tarp, to fool the canines to thinking it was night.

When the shoot did go into the night, we were deep into the drama when—what was it, this time? An orchestra of crowing? The neighbor on the other side of our set was a fighting cock breeder!

Maja, über-professional and near-saintly, also brought multi-tasking to new heights. She would arrive on the set, straight from a 24-hour TV taping, sans a wink of sleep. But at her back was a TV crew gunning for an interview. Wait, there’s more.  A crew popped in, to shoot an infomercial where they would videotape her hair being shampooed, in between my shots! I warned Maja that she would be the Philippines’ richest actress on a wheelchair.

Of course, these were the unpredictables that made filmmaking exciting. In truth, our production team was beyond excellent. We overshot production days, and my producers Lea Calmerin and Rai Kintanar still eked enough savings for an occasional lechon blowout.

Star Cinema asked me the genre of my movie. Faced with a quiz on cinema taxonomy, I bluffed: rom-com.

To typical Starhards (aka Star Cinema viewers: Pardon my forced appropriation of the term “Twihard”), the genre rom-com was familiar jargon.  But inside Star Cinema, it was one of an entire spectrum of arcane word couplings: One can be rom but is it rom-com or “rom-dram”? Maybe even “com-rom”, if the com overpowers the rom. Don’t let them get started on Family, which spans “fam-com,” “fam-hor,” “fam-dram,” “light fam-dram,” “pol fam-dram,” “kid fam-dram,” and “religious fam-dram.” Recently we had been mulling a new hybrid, the “light rom-fam-dram.” (The end is near, the day we attempt a “light-religious sex-fam-dram.”)

The rushes started coming in, and they noticed that my rom-com had more fam than rom, more dram than com. Trouble! complete with suspense scoring.

Holding me to my word, they asked, “You said rom-com. Where’s the kilig?”

What kilig? Dumbfounded, I realized I hadn’t experienced kilig in decades (a testament to the liveliness of my love life). But then, no one could define the sensation for me, either. Some said kilig was romantic jitters? Giggly butterflies in the teen stomach?

Jessica Zafra once said kilig was close to the French frisson, but frisson seemed closer to kilabot. The only way kilabot could blend with kilig was if one had an ugly boyfriend.

Thus, play date moved, while I added sequences, and crash-coursed on the fabled kilig. It turns out that kilig is more than a formula; it is rocket science. (This is where I stop to avoid spoiler alerts, such spoiling coming in the form of a spoiled career if I reveal kilig trade secrets.)

Suffice it to say that after a kilig course, I would forever have undying respect for The Googly-Eyes Close-up. Same with underestimated, but inestimably important ingredients like The Cosmic-Slo-mo-World-stops-when-Boy-meets-Girl Moment, The Chase-to-Reconciliation Montage, and the Girl-Gets-Boy-Happy Ending.

Filmmakers are advised: Go ahead, laugh, but if these classics are badly done, the audience leaves, and you’ll be crying next as your capital vanishes faster than Justice Corona’s friends.

The producers wanted more fun romance scenes, and agreed to a roller-coaster shoot! Imagine the fun I had in making Maja and Matteo ride the loop-da-loop in multiple takes. Yelling at the couple to act romantic while hanging upside-down at 80 kph speed, souls behind at the last loop? Priceless.

Of course, once one develops the taste for rom-com torture, why stop there? In one scene, we had Maja’s face bathed in dinuguan (the real thing, with entrails and true blood), and later with a Frappuccino.

Matteo would rather swim in nuclear waste than to do what we made him do: Dance a Hawaiian to the tune of Kaba on ukelele, with his stiff naked body, hibiscus garlands, and abs that had seen one too many Christmas desserts. Still, he manned up and did it. I was beginning to like this job.

Plus, the couple had to do a kissing scene while riding on 18-ft-high zip lines (on cheap body straps that were murder on the groins, and anything in between), a series of wall-climbings (where Matteo’s butt cheek hit Maja’s face in a way that challenges olfactory resistance), and a rappelling scene shot so many times, Maja’s hands bled, but come show time, she would discover that it got edited out. (And I would hide for a few days.)

When they said movie-making was a series of miracles, it wasn’t hyperbole. Little miracles did happen.

A cheesy little line I sneaked in a scene—“Don’t fall in love with me, I have a cactus heart”—got noticed when Maja ad-libbed on it, and landed in the trailer, finally evolving into the title.

Every friend chipped in: Composers Jimmy Antiporda, Jonathan Manalo, Vehnee Saturno and Christian Martinez provided songs to fill in the romance moments. Star Cinema head Malou Santos “ambushed” Francis Concio (ABS-CBN president Charo S. Concio’s own son) to score. The entire Star Cinema family rallied around the project. Other filmmakers might gripe about Star’s “committee” process, but I would take the committee anytime, when they all come to the set and the post-production house, helping out selflessly, from dusk till dawn.

Director Olive Lamasan, worried that her kilig tutoring fell on my deaf cactus heart, helped me coach Maja. What took me half an hour of “directorial” motivating resulted in a “technical” performance from Maja.

All Direk Olive had to do? Hold Maja’s hand firmly, whisper one line, and Maja turns into a well of heartfelt tears. How does the legendary Direk Olive do it—psychologically penetrating whispers, or long sharp fingernails?

Luckily, none of the MMFF entries were rom-coms. The previous Star Cinema 2012 release, “A Mother’s Story,” was a fam-dram. This makes us the first Star Cinema rom-com of 2012. I liked to claim as the Philippines’ official pre-Valentine movie, even if it was closer to Chinese New Year than to Valentine’s day. Aba, una-unahan lang iyan!

Having worked on both sides of the fence, indie and mainstream, I could say indie might satisfy the artist, but artistic expression is incomplete until it reaches its audience. Mainstream achieves that solidly. I hope every filmmaker reaches a maturity point when he is graced with the generosity to work for his audience’s happiness as part of his fulfillment.

As production wrapped up, I find every cactus heartburn is richly compensated with great cactus heart-warmers: lessons in humility, tricks of the romance trade, and indelible images: creative manager JP Abellera, like a beached whale, snoring on a sofa in our editing all-nighters, unfaltering in helping me at every step; singer Karylle doing an unpaid cameo as a videoke model who pushed her partner off a cliff; actor Marco Mañalac showing his butt for a comic scene (later edited out; there’s someone I will have to hide from, too); Star Cinema head Malou Santos promising me she will squeeze a good film out of it, even if it kills me (Did I hear that one, right?); and looking at the finished movie—all sights, sound and music coming together—wow! Making movies is worth it.