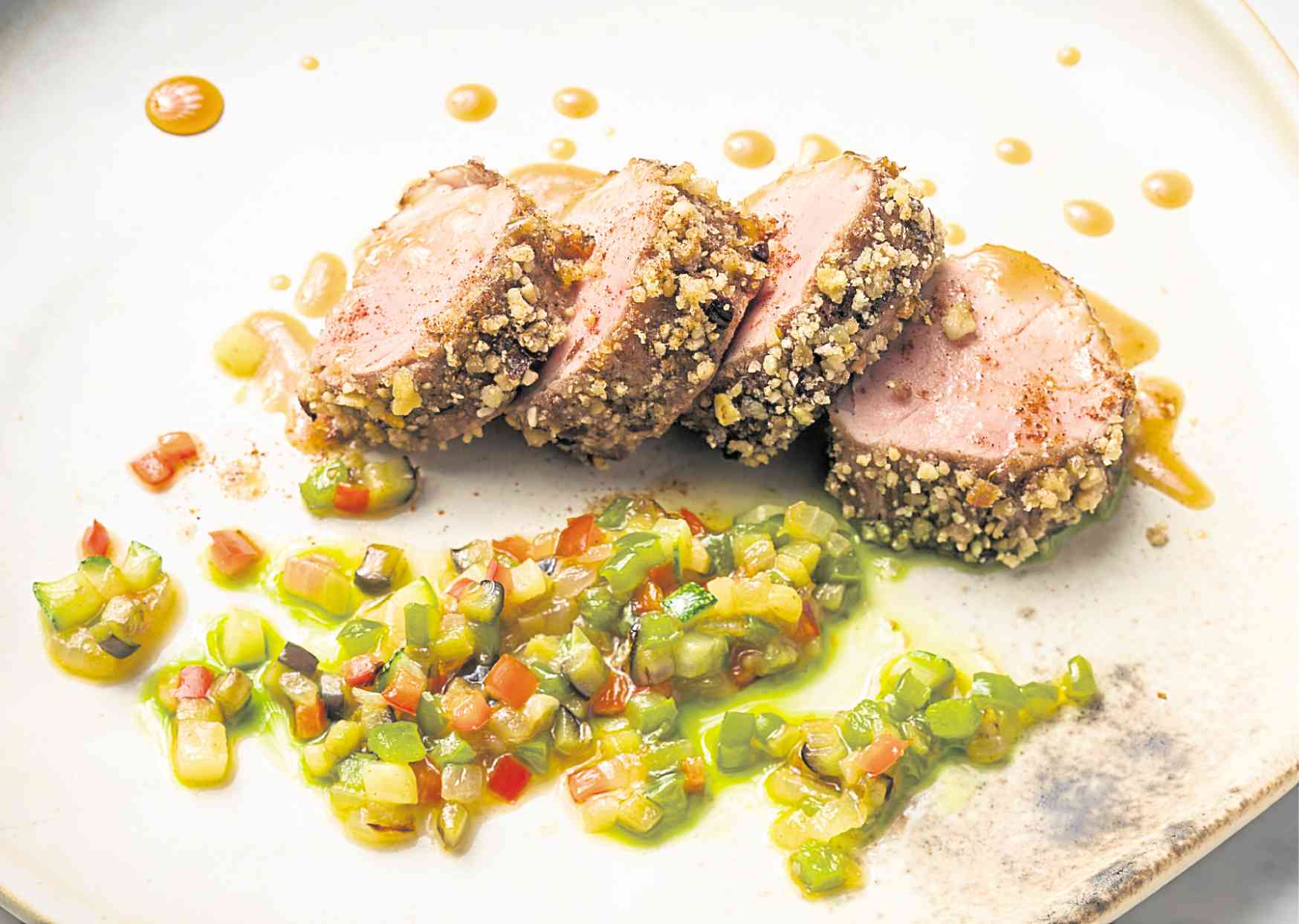 Growing my own koji

The usual roadmap for people interested in fermentation begins with either kombucha or sourdough. I have never quite understood the appeal of kombucha—a vaguely alcoholic, vaguely spritzy beverage somewhere between a sweet tea and a softdrink. But apparently it has health benefits.

More importantly, kombucha is a great gateway endeavor for those who want to dip their toes into the cult of fermentation that’s gripping cooks around the world. It’s an easy ferment, with almost instantaneous (by fermentation standards) results.

For me, it seems to be a solution in search of a problem. No one has ever said, “I want a slightly acidic, alcoholic juice-like fermented beverage.” But then I can’t really begrudge people who like the stuff.

Kombucha enthusiasts who are offended by my dismissal can vent their frustration on my fermentation gateway, sourdough bread, which is either the greatest invention since, er, sliced bread, or is vastly overrated and overpriced.

Sourdough has the advantage of being a forgiving ferment. It doesn’t need extreme precision and attention to detail. In fact, a kitchen that’s too clean doesn’t have the microbes that eventually contribute to the yeast culture that allows the bread to rise.

This is probably why it does so well in my kitchen. I take comfort in the idea that any harmful bacteria will be blasted to oblivion in the hour and a half that the bread spends in the oven.

I was a reasonably good sourdough maker, at least until I went abroad for two weeks and my starter died an ignominious death. (In Stockholm, Sweden, sourdough babysitting services are a thing, and in Belgium there is a sourdough library of cultures from all around the world.)

But you know that you’ve started going down the rabbit-hole when you block off an entire room of the house as your “fermentation chamber” to make beer, cheese, sake and koji. The amount of time and patience needed for these advanced fermentation products will mean that you’ve decided to make fermentation a way of life.

In addition to the Gregorian calendar and the fiscal year and the liturgical calendar, you are acutely aware of where you are in the lifespan of your shoyu, or that the temperature alarm has gone off on your koji, which needs to be cooled down.

I have recently taken the plunge into the deep end of fermentation and tried to grow my own koji. Koji is a culture that serves as the basis of miso and sake, as well as something called shio koji, which Japanese housewives have been using as a marinade for meats, but which Western chefs recently discovered.

Koji changes the structure of meat and can break down the lean parts of even the toughest pork chop. It also imbues the meat with a sweet, wine-like (more accurately, sake-like) aroma.

You can buy shio koji in a pack from New Hatchin Japanese Grocery in Makati. But it can also be grown at home, from spores.

Just to be clear, we’re talking about two fermentation processes here. The first is setting aside steamed rice in a sterile pan, in a temperature-controlled incubation chamber, for it to grow a fuzzy, mushroom-smelling layer. This is your koji starter, which can then be made into a marinade, or dried in a dehydrator to make a powder for a dry rub, which goes on meat and will permeate it and change its texture. It’s a bit like alchemy, or witchcraft.

My first batch of koji was dead on arrival. The carefully sprinkled spores never even got a chance. I figured there was something wrong with my technique in steaming the rice, so I went for a much more vigorous boil the next time, and my second batch of koji had a respectable layer of white fuzz.

But it also had a bit of green and gray. I figured that koji, unlike sourdough, won’t forgive the wild temperature swings of my kitchen, and also needed to grow in scrupulously clean conditions. In other words, I had successfully made koji, but I had also managed to grow something else, something unknown and not necessarily benign, as well.

I gratefully accepted the gift of some frozen koji from someone who had done it properly, and began marinating some chicken thighs.

If you have the time and patience, then growing and fermenting your own koji from spores is worth it. You’ll know you’re going wrong from the smell.

If you want a taster of what koji-fermented meat tastes like, head over to Carlos Garcia’s Black Pig in Alabang. He has several strains of koji growing in his fermentation cupboard.

Most of the other top chefs in town have been experimenting with fermentation to some degree or other. This is the new cutting edge of culinary experimentation. Just as El Bulli-like techniques, such as spherification, were integral to a chef’s array of techniques in the 2000s, chefs working in 2019 have embraced fermentation as integral to the philosophy of their restaurants.

The leader of the pack, not coincidentally a restaurant that has been the world’s best restaurant (according to the World’s 50 Best list), is Noma, which recently released a guide to fermentation. If you can’t snag a copy, watch for some of the techniques at a restaurant near you.

Unlike molecular gastronomy, which was easy to make fun of and which, even at the height of its popularity, had the feeling of a passing fad, fermentation isn’t just the flavor of the month at high-end restaurants. It’s very au courant, and words like “incubation” and “microbes” have become buzzwords in chefs’ Viber groups, but fermentation—unlike molecular techniques or sous-vide—is reconnecting with something primordial.

The Philippines has a long, storied relationship with its own ferments—from patis and vinegar found on every dining table, to complex and advanced techniques such as buro.

Though I approach fermentation and restaurants’ use of its techniques with a bit of skepticism and my tongue a little bit in cheek, this is one trend that I feel should be more than a trend. This age-old way of transforming food and allowing and aiding natural processes is making a long-deserved comeback into our contemporary foodways. –CONTRIBUTED