Could sitting at the front of the class help kids learn? | Lifestyle.INQ ❮ ❯ 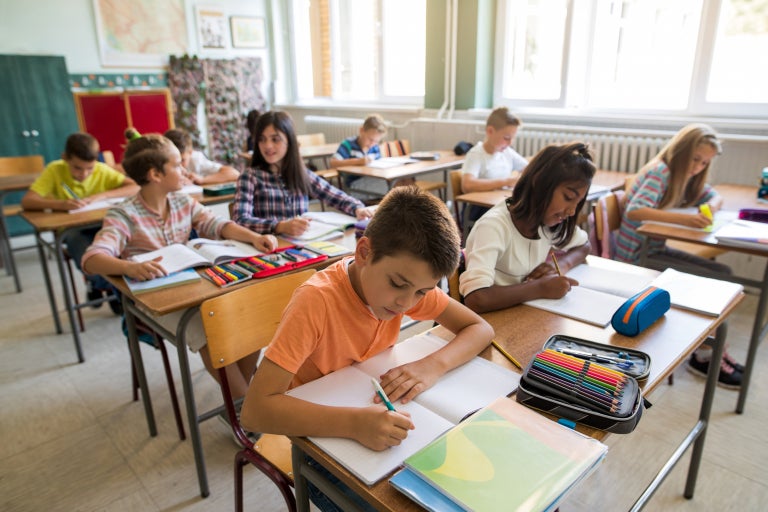 Could sitting at the front of the class help kids learn?

New European research has found for the first time that sitting closer to the teacher could boost children’s learning.

Carried out by researchers at the University of Tübingen, Germany, the new study looked at 81 secondary school students aged between 10 and 13.

Using virtual reality, the researchers created a virtual classroom for the children and randomly assigned them a seat either near to the teacher or at the back of the classroom.

During the virtual class, in which the teacher explained how to solve a math problem, virtual classmates disturbed the lesson every now and again, for example by whispering to one another.

The findings, published in the journal Learning and Instruction, showed that students who sat at the front of the class, and therefore close to the teacher, performed math tasks significantly faster than the children at the back of the class, suggesting that they had paid more attention to the teacher’s instructions and learned better.

Moreover, the study also found that the effect was equally strong for all children, including those with symptoms of ADHD, such as difficulty in self-regulating attention and behavior.

“These children require further support, for instance, by being spoken to directly, to facilitate learning. This aspect should be emphasized in existing recommendations for teachers,” says first author Friederike Blume.

“It is now important to consider how all students of a class can benefit equally from teacher proximity,” adds Blume, with the researchers suggesting that the teacher could move around the classroom during the lesson, or students’ places could be rotated throughout the school year to give everyone a chance of being at the front. JB