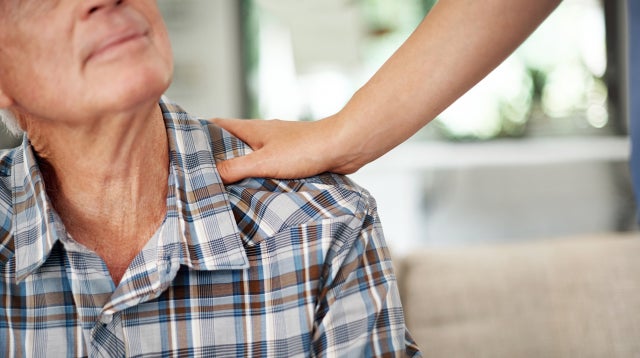 Aggressive treatment to lower blood pressure in older people has been shown to cut the risk of developing mild cognitive impairment, a risk factor for dementia, US researchers said Monday. Image: shapecharge/ IStock.com via AFP

While the findings in the Journal of the American Medical Association (JAMA) did not find any significant impact on the likelihood of developing dementia, experts said the trial offers a glimmer of hope as the world’s population ages and dementia becomes a growing concern.

Dementia, including its most common, form, Alzheimer’s disease, is expected to affect 115 million people worldwide by 2050.

So far, the world’s best scientific minds have not found a way to reliably prevent, cure or treat dementia.

But some research has suggested that high blood pressure — which affects three-quarters of people over 75 — might be a modifiable risk factor.

For the Systolic Blood Pressure Intervention Trial (SPRINT), more than 9,300 people aged 50 and older with high blood pressure (systolic blood pressure of between 130 and 180 mm Hg) were randomized to receive different interventions.

Others aimed for a more standard treatment goal of less than 140 mm Hg.

Patients were followed for about five years and given a battery of cognitive tests.

In other words, the intensive blood pressure control “did not significantly reduce the incidence of probable dementia,” said the study.

“This is the first trial, to our knowledge, to demonstrate an intervention that significantly reduces the occurrence of MCI, a well-established risk factor for dementia,” said the study.

An accompanying editorial in JAMA by Kristine Yaffe of the University of California, San Francisco, also emphasized the possibility that more research could confirm the technique as an effective prevention strategy.

“For older adults, almost all of whom have concern about being diagnosed with Alzheimer’s disease and related dementia, SPRINT MIND offers great hope,” she wrote.

“The study demonstrates that among those with hypertension, intensive SBP control can reduce the development of cognitive impairment.”

She called for studying the approach along with other vascular health efforts, such as physical activity, and prevention.

Maria Carrillo, chief science officer of the Alzheimer’s Association, which is funding a two-year extension of the study to further probe any effects on dementia, called the findings “the strongest evidence to date about reducing risk of mild cognitive impairment through the treatment of high blood pressure.

“MCI is a known risk factor for dementia, and everyone who experiences dementia passes through MCI,” Carrillo added.

“However, the study’s outcome on reducing risk of dementia was not definitive,” hence the need for more research, she said. MKH

Feeling stressed out? Think of your partner to keep your blood pressure down, says study