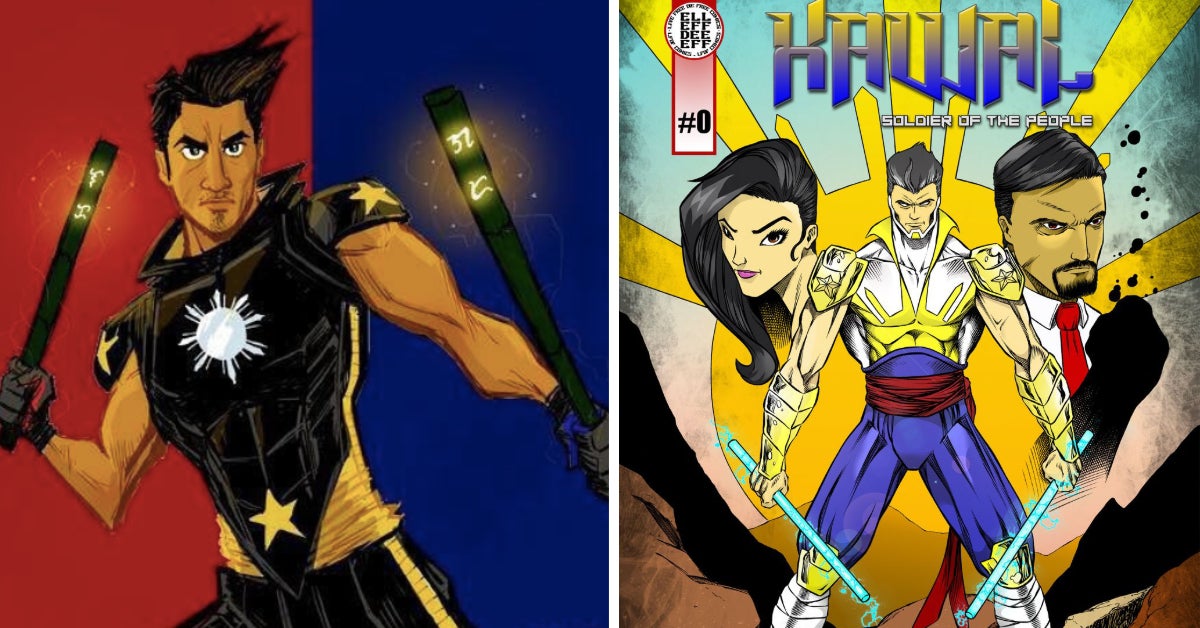 Filipino-American artists are bringing a Filipino martial art to the forefront through their own breed of superheroes.

Pixar story artist Bobby Rubio, who has developed Filipino characters for a Pixar short film, announced Jan. 25 that he was back to working on a Fil-Am superhero who practices eskrima or arnis (stick-fighting), a Filipino national sport and martial art.

He shared a sketch of the character, Dan Reyes, who is part of his comic series “Neighborhood Legends” on Instagram. He announced the concept back in 2017, when he presented Dan in an Instagram post as a Fil-Am superhero born and raised in San Diego.

“This comic is a love letter to my neighborhood and to my #Filipino heritage,” he said in his October 2017 post.

His character has “enchanted eskrima sticks,” bearing the words “strength” and “beauty” in Baybayin.

Rubio credited Filipino martial artists in the United States for “inspiration and insight” in developing the character.

In another 2017 post, he said that Dan is mentored by a blind elderly woman named Liwayway who is also a “Babaylan spiritual leader.”

In September 2018, Rubio stated that he had been practicing eskrima, and shared a sketch of a character fighting off a band of men using the martial art.

In his update last week, Rubio said he was working again on “Neighborhood Legend”. Then came comments that the character was not original, because another Fil-Am artist, Quincy Victoria, has a comic book called “Kawal: Soldier of the People”, an idea said to have been hatched years back.

“Kawal” is about the adventures of Ricky Valiente, a hard-working family man in the slums of the Philippines. He receives his superpowers from Mayari, the Philippine moon goddess in Tagalog mythology. The comic book was published under the Las Vegas-based company LFDF Comics.

Rubio quickly clarified that he had not heard of Victoria’s comics until it was brought up yesterday, Jan. 30 on his Instagram post. He also noted that his work would not be the first Eskrima-fighting superhero, as Fil-Am comic book artist Whilce Portacio has a character, Grail, who uses blue eskrima sticks.

Victoria noted that even with the similarities in characters, he wanted both projects to receive support. Rubio agreed, leading to Victoria’s announcement today on Instagram that they planned to collaborate with a crossover storyline involving both their characters.

“This is about eliminating the Filipino ‘crab mentality’ and working to find positive solutions,” said Victoria. “Nothing will be changed on either end and we will be joining our stories together so that it makes sense that we both cohabit the same world.”

After all, the world can use more superheroes, especially Filipino ones. JB

‘The first Pixnoys’: Filipinos will finally see themselves in Pixar short film