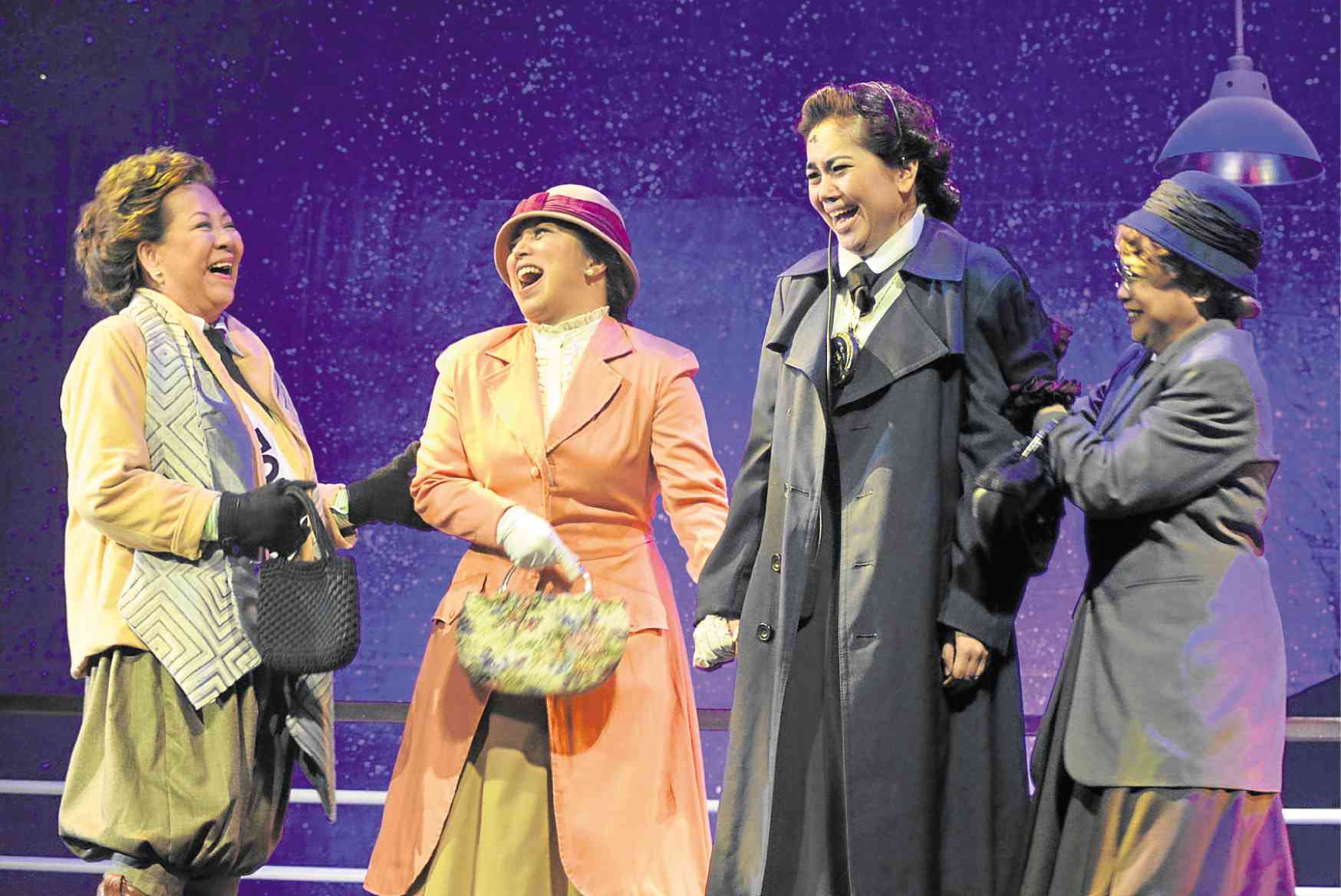 ‘Silent Sky’ worth your second glimpse

In Manila, it’s easy to tell the people behind a show to have a rerun when the show turns out to be excellent. But that’s easier said than done: One considers not only a production’s financial success and viability, but also the artists’ schedules and the limited availability of venues.

What, then, does one make of those brilliant shows that do return—but fail to equal the pleasures of their original forms?

The rerun of Repertory Philippines’ (Rep) “Silent Sky,” now staged in cooperation with Reine Productions, is far from a disappointment. It may even merit a thoroughly considered standing ovation.

“Silent Sky” by Lauren Gunderson, dramatizes the struggles of the pioneering astronomer Henrietta Swan Levitt, as she tried to break through the male-dominated, 20th-century scientific community. There’s workplace drama (“Women don’t touch the telescopes,” Henrietta’s superior basically tells her), domestic drama, a nerdy romance, and some hardcore astronomy that isn’t at all difficult to follow.

But the production’s move to the Carlos P. Romulo Auditorium has ruined, to our frustration, the magic once evoked by Joey Mendoza’s scenery and John Batalla’s lights—the way they conjured with astonishing verisimilitude the night skies and distant constellations that figured so prominently in the story. Is the new stage not deep enough? Is the lighting equipment lacking? And what’s with the two new swirling projections that grant the whole thing shades of a pool party?

There’s also the matter of Bibeth Orteza, who replaces the terrific Sheila Francisco in the role of Annie Cannon, the dominating life force in the story’s Harvard workroom. Orteza is the epitome of sternness, whereas what all the characters actually require from their actors is an element of subversive fun.

Despite its missteps, however, “Silent Sky,” directed by Joy Virata, is still worth a second glimpse. Cathy Azanza-Dy, as Henrietta, remains the production’s mesmerizing center. Caisa Borromeo, as Henrietta’s sister, and Naths Everett, as another female astronomer, are even better than their already accomplished turns last year. (The underrated Borromeo is the scene-stealer here, a master juggler of comedy and tragedy. And we issue this call once more—when will we see her in another meaty leading role?) Even Topper Fabregas, once too 21st-century as Henrietta’s love interest, has comfortably adapted to the old-fashioned milieu.

The production remains what Inquirer Lifestyle reviewer Cora Llamas called “an eloquent ode to feminine freedom.” One simply can’t help rooting for its female characters as they literally reach for the stars. Too bad the stars don’t shine as bright this time. —CONTRIBUTED