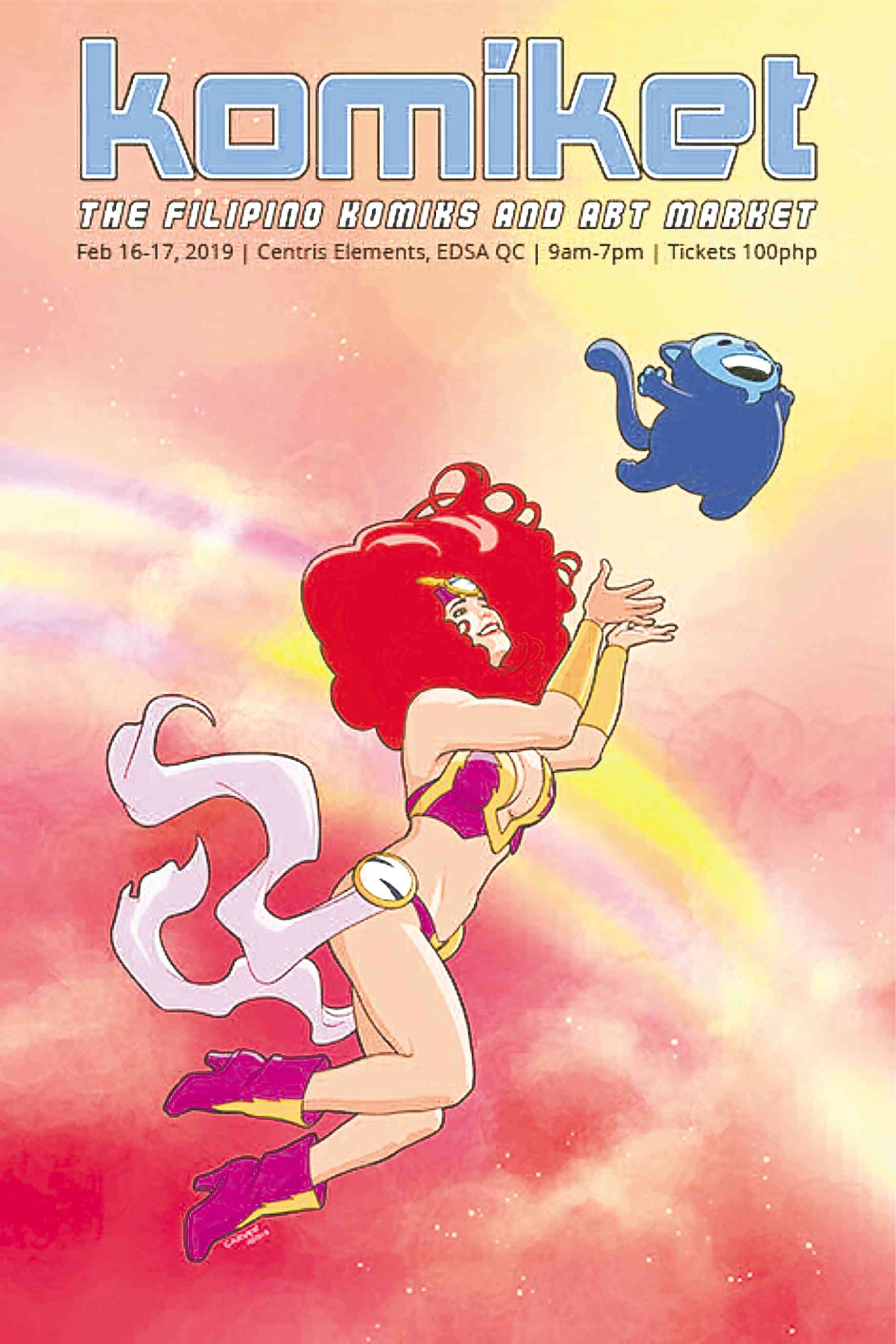 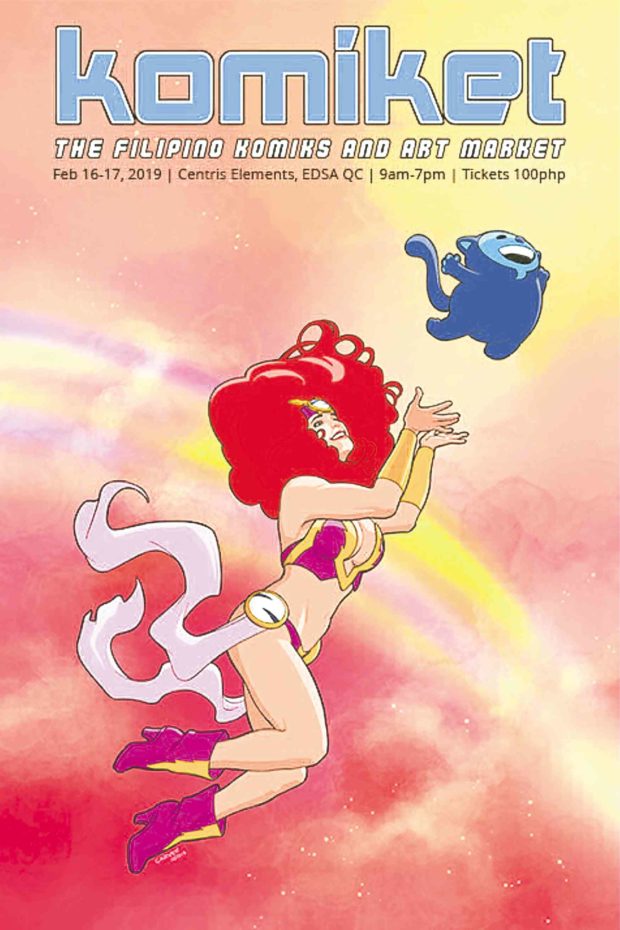 In the impressive evolution of comic books and graphic fiction, the creation of a creative community signaled the shift from komiks creators working alone to bigger, better things, with achievements and creations shared with each other and curious customers.

That is what is at the heart of the Feruary Komiket 2019: The Filipino Komiks and Art Market, which will be held Feb. 16-17 at Centris Elements, Edsa corner Quezon Avenue, Quezon City.

This is already the fifth year for Komiket, which was first held at the same venue in 2015. But a lot has changed since then. Paolo Herras, Komiket managing editor explained: “What has changed was from being just another komiks and art market event, is we’ve been building a community of creators. From 40 tables, we’ve grown to 188 exhibitors. That’s over 550 creators!”

From its Quezon City origins, Komiket has expanded its art markets to Las Piñas, Cavite, Makati, Cebu and, next, Bonifacio Global City. “As we travel and meet fellow creators, who knows where Komiket might visit next—maybe Bacolod, Baguio and even Davao in the future,” Herras said. This geographical expansion is important in order to make komiks-making a truly national endeavor and not something just limited to Metro Manila.

Komiket has been encouraging new or first-time creators through four years of their Comic Book Creator’s Workshops and the Komiket Awards. The products of the latest workshop will be unveiled, and the new Komiket Awards recipients will be announced at the February event. The winners of the Komiket Awards receive a P5,000 Komikstarter cash prize for printing their next projects.

Komiket has established its place as the convention in the year’s first quarter, a counterpoint to the monolith that is Komikon in the last quarter.

Komiket has its share of exclusives. In 2015’s inaugural event, Arre launched “Halina Filipina,” his first comic work release in seven years that he wrote and illustrated. The February Komiket 2019 will have “Zsazsa Zaturnnah” creator Carlo Vergara as featured talent.

Merchandise such as posters, postcards, keychains and T-shirts will be handed out to select, fortunate attendees. Herras also said they would be handing out free copies of the National Book Development Board’s Bookwatch magazine, the latest issue of which is the Graphic Literature Issue. “I was the editor of the issue, and it features a contemporary history of Filipino komiks, from trends, to themes, to world-class creators, to National Book Award winners,” he said.

Herras noted that Filipino komiks have never been hotter. Budjette Tan and Kajo Baldisimo’s “TRESE” is getting turned into a Netflix Original Anime series. Mervin Malonzo’s “Tabi Po” was turned into a TV series on Cignal’s Sari-Sari Channel. Arre’s “The Mythology Class” and Abrera’s “Kikomachine Komix!” are slated to get the live-action adaptation treatment. “A lot of film, TV and animation producers are looking for the next ‘TRESE,’ ‘Tabi Po’ or ‘The Mythology Class,’” Herras explained. “You’ll find a lot of material worth producing at the Komiket.”

But the event’s focus on camaraderie remains its biggest selling point. “Every person who attends and supports the Komiket doesn’t just meet and greets over 550 creators, but helps encourage the entire ‘Kommunity’ to pursue their passion,” Herras said. “Whether they’re hardcore komiks creators, or starting out as sticker makers, the validation and support they get from exhibiting at Komiket lasts longer than the money they earn.”

“Kommunity” is the word that Herras likes to use when describing this vibrant gathering of writers and artists, of dreamers and makers. “I guess what has stayed the same from day one was the vision to help creators sustain their work,” he said. “And I guess ‘Kommunity’ and in service of the ‘Kommunity’ is what Komiket stands for.”