Morning erection nothing to worry about | Inquirer Lifestyle ❮ ❯ 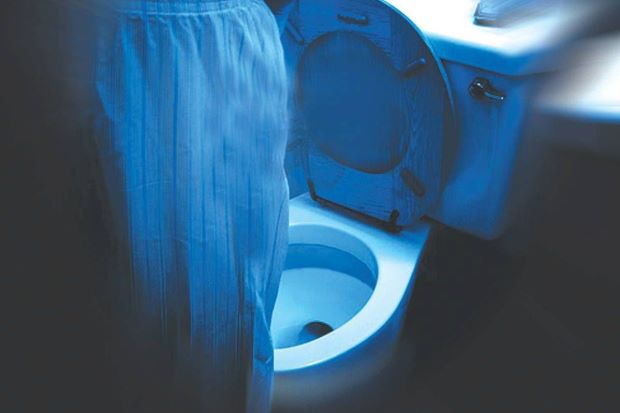 Morning erection nothing to worry about

I am in my early twenties and would like to put Dr. G on the spot about morning erections.

I have been getting morning erections since my teenage years, I think more than most of my friends. When I wake up in the morning, I get erections that can occasionally be quite uncomfortable.

This makes urination in the morning quite difficult and the urine stream seems to be going everywhere.

When I put on tight jeans or underwear before attending college, I also have to deal with the hardness in my pants. This can be very embarrassing and occasionally quite rude.

I asked my peers and they don’t seem to have such problem. They seem to have more erections at night, especially with a full bladder.

Can I put Dr. G on the spot about the mystery of morning erection?

Do I need to take any medication making the mornings less glorious?

The spontaneous natural erection of the penis during sleep or at the early waking hours is Nocturnal Penile Tumescence (NPT). In less scientific terms, NPT is also referred to as morning wood or morning glory. All healthy men at the early stages of our lives experience physiological morning erections. The glorious awakening occurs three to five times during the REM sleep. As men are waking up at various stages of the natural sleep, the awareness of the frequency and degree of morning rigidity is quite variable between individuals.

The physiological purpose of NPT is unknown. It was hypothesized the suppression of the inhibitory noradrenergic neurons in the brain, during REM sleep, allows testosterone-related excitatory actions to generate frequent erections. Such repeated tumescence is believed to contribute towards enhancing penile neuro-vasculature.

The observation that full bladder at night can generate erection is probably caused by the “reflex erection”, as full bladder stimulates nerves that control the erection located in S2 to S4 of the spinal cord. On the other hand, men also observe difficulties in urinating with a full hard-on, as the erection also inhibit urination by tightening the bladder neck. This is thought to be a physiological mechanism to prevent bedwetting at night.

Nocturnal Penile Tumescence is a phenomenon that is observed in all ages. In fact, even male fetuses have the tendency to get spontaneous erections in the womb. Naturally, the frequency and the degree of the morning glory are blooming in the youth, and such intensity and regularity diminishes with advancing age. The decline of the morning woods is more pronounce in less healthy men, especially those suffering from dyslipidemia, hypertension, diabetes and obesity. It is completely possible for men to maintain the morning woods, well into the glorious senior years, by keeping healthy, inside and outside the bedroom.

The emergence of the morning glory is technically a reflection of endurance in sexual health of an individual. Although the morning woods might be a nuisance and embarrassment during urination and day-to-day activities, it should still be considered as a good barometer of general health. When Dr. G is put on the spot about the mystery of the morning glory, his response is mirrored by William Barclay, the Scottish Theologian who once said: “Endurance is not just the ability to bear a hard thing, but to turn it into glory.”

On that note, wishing all a glorious Chinese New Year!

Dr George Lee is a consultant Urologist and Clinical Associate Professor whose professional interest is in men’s health. The column “Putting Dr G on the spot” is a forum to help men debunk the myths and taboos on men’s issues that may be too “hard” to mention.