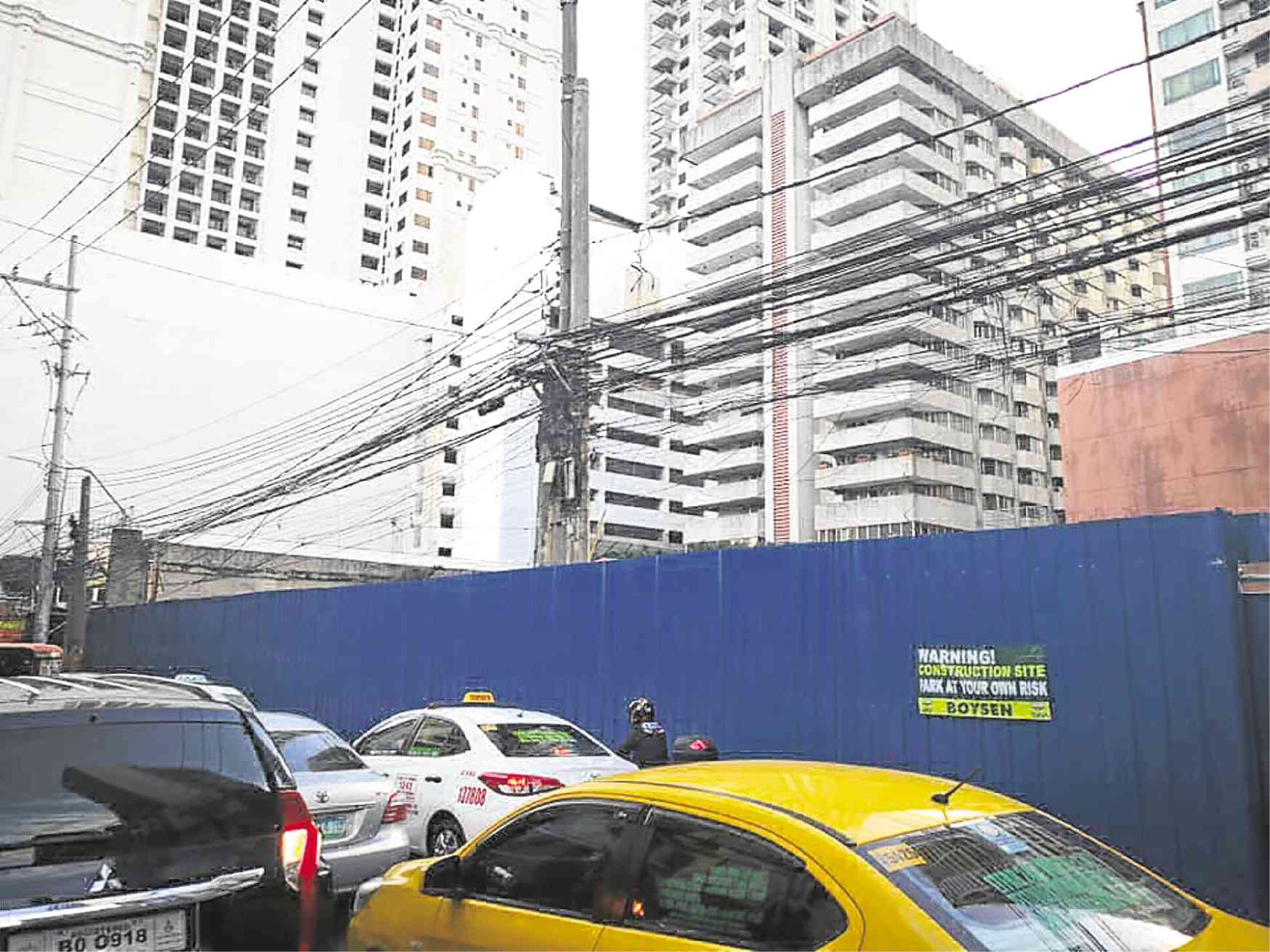 The “rape” of Manila’s built heritage continues as another art deco landmark has been totally demolished to give way to a high-rise development.

Located on M.H. del Pilar Street in Manila’s Malate district, Angela Apartments was constructed in 1936, and designed by Fernando Ocampo, the same architect of the reconstructed Manila Cathedral, the demolished Admiral Hotel and the University of Santo Tomas Central Seminary building, declared a National Cultural Treasure by the National Museum of the Philippines.

Angela Apartments has now been demolished, three years after the Inquirer reported it was also in danger of being torn down just like its neighbors, Admiral Hotel and Michel Apartments.

The structure is a presumed important cultural property under the heritage law since it is at least 50 years old.

“It’s definitely a loss for Manila cultural heritage, particularly in the southern part of the city as the structure could have been promoted as a testimonial to the historical character of the Malate district,” he said, explaining his institution was not consulted by the Manila City Hall prior to the demolition.

“It’s very unfortunate,” he said of the demolition.

“We wanted to explore whether at least the façade might be preserved, but it was still being determined whether the façade merited declaration as an important cultural property of national significance,” he added.

Architect Dominic Galicia also lamented the demolition, describing it as adding insult to injury with no end in sight.

“Fernando Ocampo must be rolling so vigorously in his grave a tunnel is being created,” he added.

Architect Wilmer Godoy of the Historic Preservation Division of the National Historical Commission of the Philippines (NHCP) told the Inquirer that the property’s owner, Manuel and Lilia Coromina, wrote the National Commission for Culture and the Arts  (NCCA) last September, requesting for the lifting of the presumption of the building’s importance.

NCCA executive director Rico Pableo then referred the letter to NHCP, but the latter endorsed it to the National Museum since it found the building did not have national historical importance and that National Museum could possibly look into its architectural and aesthetic significance.

NHCP then wrote the Manila City Hall for its comments on the building in preparation for the process of the possible lifting of the presumption of importance. On Nov. 27, Manila Tourism and Cultural Affairs bureau chief Sofia Arboladura sent a response, saying Angela Apartments was a heritage structure listed in the NCCA Philippine Registry of Cultural Property (Precup).

Godoy, however, said the building was demolished without due process.

Quoting a Manila building official, an online report by heritage advocate Isidra Reyes notes that the structure was demolished due to a demolition permit and subsequent demolition order because it was deemed unsafe and dangerous.—CONTRIBUTED