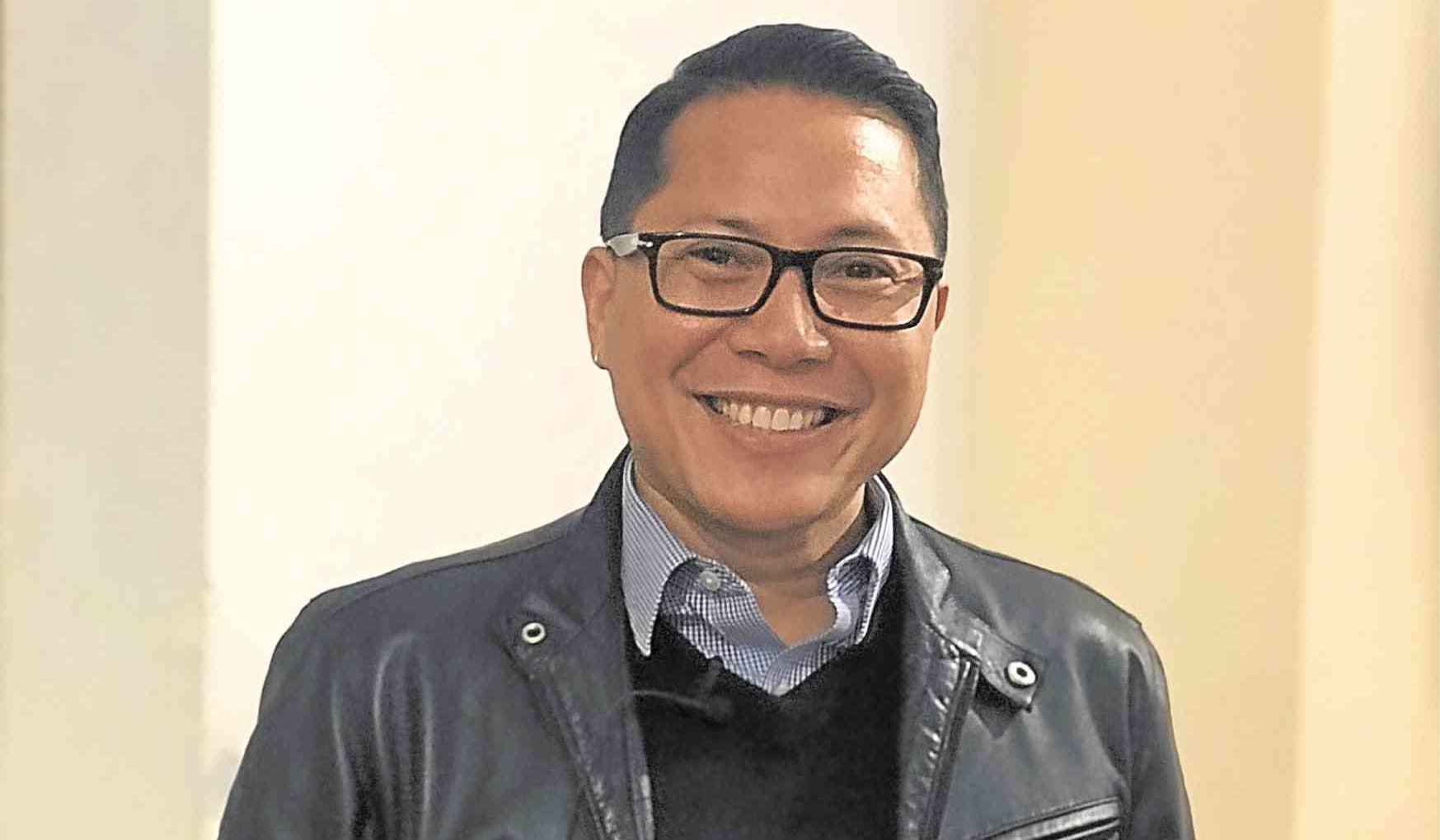 All true, but the list goes on. The curator of “The City Who Had Two Navels”—the Philippine Pavilion at the recent Venice Architecture Biennale—was also a costume and set designer for theater, and a bridal couturier in the Philippines.

He listed those as “hobbies.”

“I even joined a young designer’s fashion competition, but I didn’t win, I was competing with Rajo Laurel,” he said. “I worked as an architect on weekdays, and did the other things on weekends. I stopped only when I got the scholarship from Cornell.”

He graduated with honors in UP, which is a big deal for most Filipino families, but not quite for the Cabalfin household of overachievers.

“My parents are both nuclear scientists,” he said. “My mother is a nuclear technologist and my father is a health physicist.

“I grew up in a home where it’s normal to talk about atoms during family gatherings,” he said, laughing. “I thought everyone else did that.”

Cabalfin was candid about his conservative Baptist family’s low-key appreciation of his academic achievements. During his graduation at Cornell, he just had to ask his parents: “’Nay, all I wanted to hear from you is you’re proud of me. Ph. D na ito sa isang Ivy League school. Ano pa bang gusto n’yo?”

What did they say?

“Dad was just quiet. Mom finally said, ‘I am proud of you, anak,’” Cabalfin said with a laugh.

While studying, Cabalfin put up his own architecture firm and got married to his longtime boyfriend. He is now associate professor at the University of Cincinnati teaching courses in architecture, art, planning and interior design.

The curator also keeps a cute cat, Tallulah Georgia, who has her own Instagram (@tallulah_official).

Tallulah is the cat who walks around the Philippines with a kid in Cabalfin’s children’s book, “What Kids Should Know About Filipino Architecture.” Adarna Books published it in 2015, with illustrations by artist Asa A. Montenejo (Cabalfin’s college classmate and daughter of National Artist for Literature Virgilio Almario, the Philippine Pavilion chair for Venice Biennale).

We caught up with the curator on a train ride to Treviso, Italy, where he gave a lecture on Philippine architecture. It was part of the workshop series organized by the Philippine Arts in Venice Biennale (PAVB) to engage Filipino communities in Italy.

Participants were mostly children and their parents, and Filipino food was shared after each session.

A true teacher, Cabalfin asked for feedback after his talks in English and Filipino.

“My work as a curator might be repetitive, but it is my passion to teach.”

His next stop: the 2019 Anthology Architecture and Design Festival, on Feb. 15-17, in Intramuros, Manila. He is also headlining “The City Who Had Two Navels’” homecoming on August.