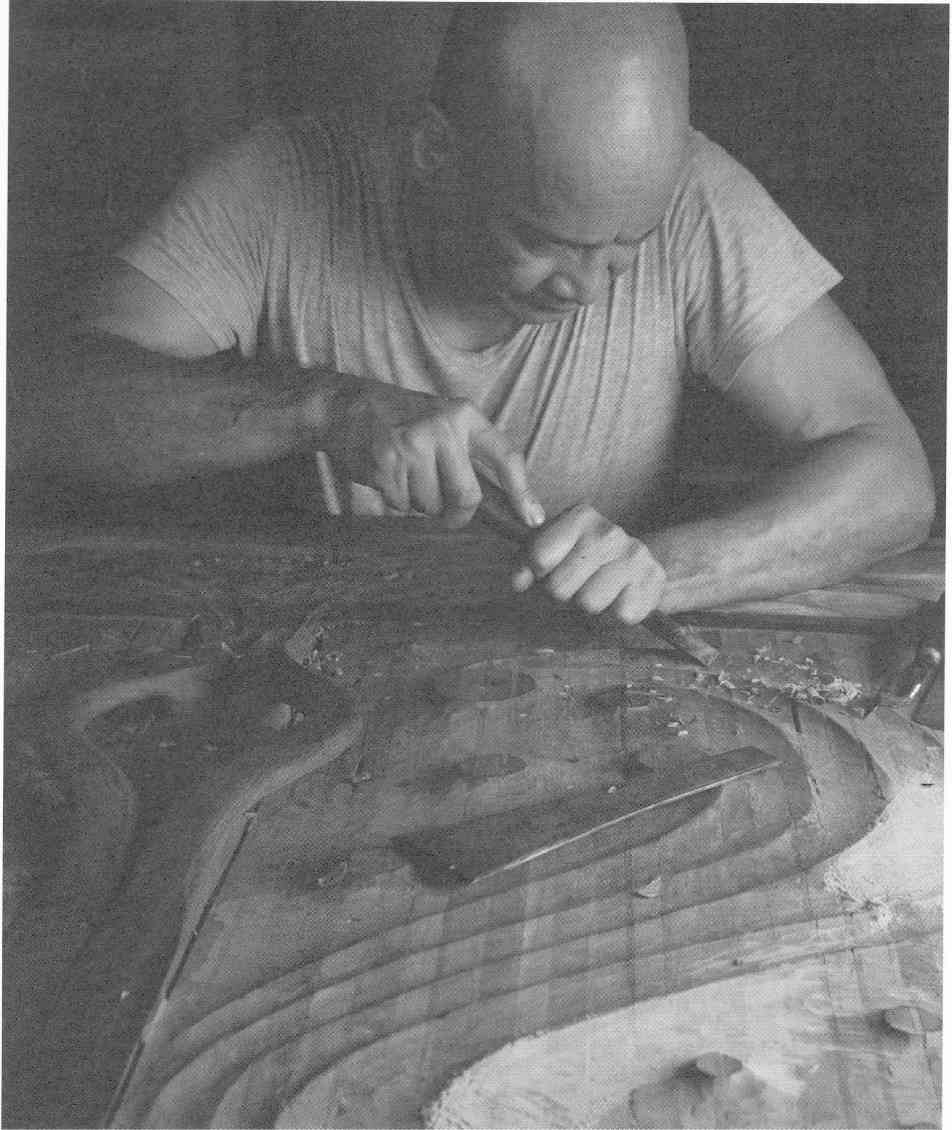 On his 37th year in the furniture industry, Reyes is feted with a book, “Benji Reyes Works,” a visual compilation of his designs, produced by ABS-CBN Publishing and edited by Irwin Cafugauan.

Photographer Neal Oshima moves away from catalog shots to portray Reyes’ furniture at unique angles. The detail shots focus on Reyes’ virtuosity in sculpting hardwood, such as the turnings on a table leg following the direction of the wood grain. The subtle curves of planks create a soothing visual rhythm.

The joinery is elegantly concealed. The backs and seats of chairs follow the contours of the body to raise the level of comfort.

The photos are accompanied by an essay by Carlomar Arcangel Daoana on Reyes’ aesthetic principles and learnings in life, and a chronology of his career milestones.

Reyes studied architecture at the University of Santo Tomas but dropped out due to his math weakness. When his family migrated to the United States, he chose to stay in Manila and took up fine arts instead.

In the early 1980s, he met Carina Soriano, who would become his wife and who would help him raise the finances needed for his creative life.

Today she is the proverbial wind beneath his wings.

While studying at the University of the Philippines College of Fine Arts, he stayed in an apartment in UP Village where his landlord’s carpenter taught him the rudiments of carpentry.

Reyes had to quit school for lack of money and started experimenting with sculptures. To eke out a living, he reworked objects from thrift stores and sold them.

When he and Carina started a family in 1987, they moved to Antipolo where he started designing furniture. A neighbor, lawyer Ruben del Rosario, helped Reyes acquire professional equipment.

To get affordable but high-quality wood, Reyes looked for the materials from demolished homes.

Reyes’ first most commercially successful designs were racks for cassettes and videotapes. In the early ’90s, design proponent Budji Layug included Reyes in the Designer’s Row of Manila FAME, the country’s largest furniture and accessories show.

Reyes won the 1994 Katha Award for Most Outstanding Design for “Kahabinet,” a chest of drawers with embedded handles, and “Hapag Larawan” console.

Reyes wrote on his blog that the quality of the grain, the density and the strength of old wood are incomparable with that of the new ones.

In 1997, he moved to Loresville Heights, Antipolo, where he stays to this day.

Called Tahanan, it doubles as a studio where he collaborates with artisans and craftsmen.

A section has been turned recently into a restaurant run by his daughter.

“Aside from the basic machines for milling, table and band saws and planers, we still follow the manual philosophy,” he told Lifestyle. “I do the sculpting by hand. You get to feel the soul in the piece when it’s hand-built.”

Although wood imposes restrictions, Reyes has found ways to make them malleable, transforming his furniture into living art which integrates organic and irregular shapes.

The pieces are polished with linseed oil for a stable surface treatment and to highlight the wood grains.

Reyes takes pride in his chairs, which he says are the most challenging to make. “Aesthetics, function (ergonomics) and structural stability should be incorporated in one piece,” he said. “It takes years to perfect one of these attributes, let alone the three. As I push boundaries, I learn something every time I design a new chair.” —CONTRIBUTED