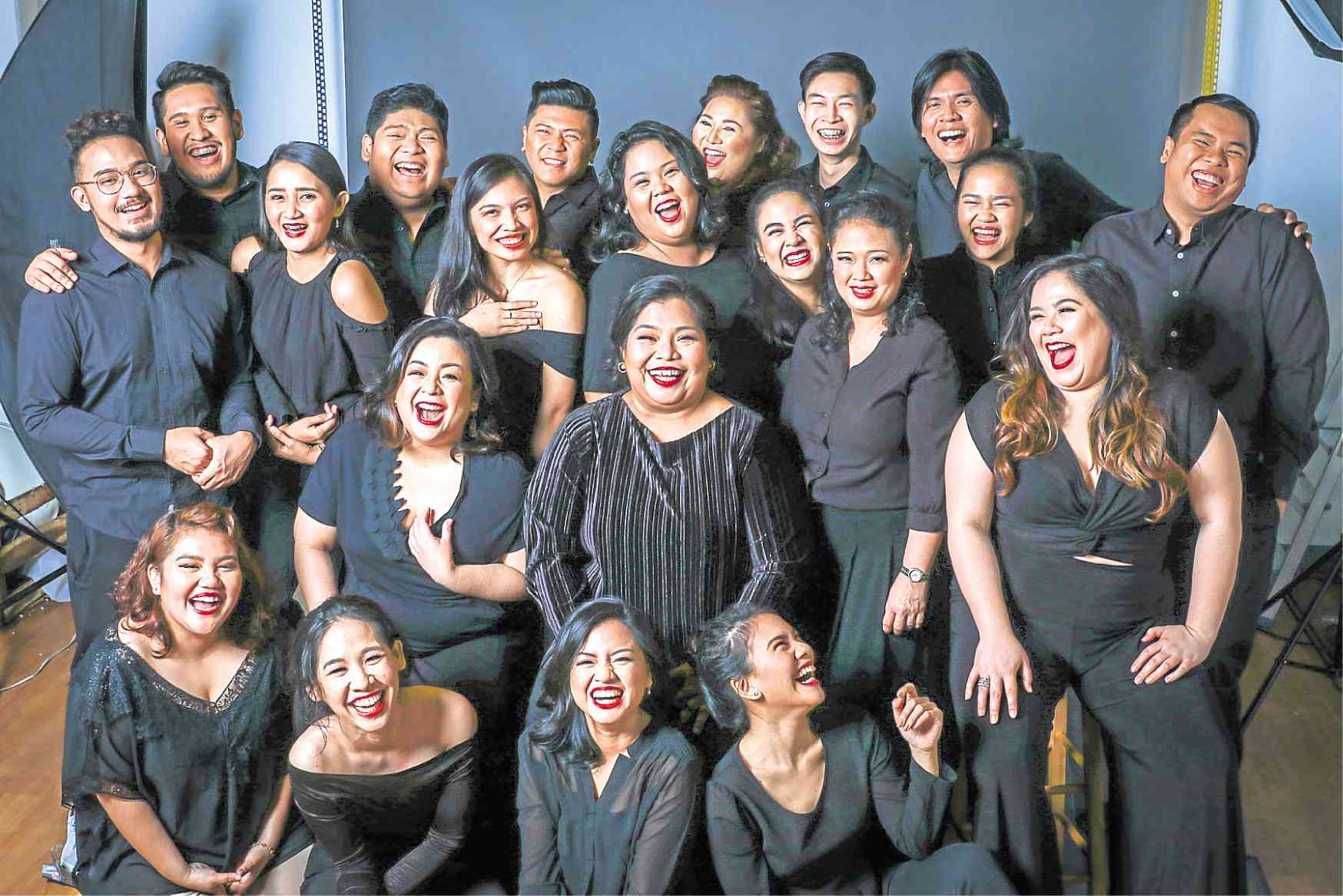 The vocal ensemble Viva Voce Voice Lab is more known in the concert circuit for promoting and propagating opera and classical music. But on Feb. 23, it is diversifying with an event billed as “Viva Voce on the Great White Way: A Journey Through the Golden Age of Broadway,” a one-night performance at 7:30 p.m. at the Power Mac Center Spotlight, Circuit Lane, Circuit Makati.

Apart from the sopranos, tenors and baritones who comprise Viva Voce, stage stalwarts like Jay Glorioso, Cocoy Laurel and Teenee Chan are sharing the limelight to sing famous songs from “The Music Man,” “Oklahoma!” “Kismet,” “Kiss Me Kate,” “She Loves Me,” “The Most Happy Fella,” “Man of La Mancha,” “South Pacific,” “Show Boat,” “My Fair Lady” and “West Side Story.”

Camille Lopez Molina, the ensemble’s artistic director, said, “We’ve always wanted to do a full Broadway concert. After ‘Opera Gala’ last December, it seemed the right time to do it.”

Soprano Anna Migallos recalled how the other half of the Molina couple, tenor and voice coach Pablo, watched videos of the 2012 BBC Proms with the group. She said, “We got it into our heads that we would love to do something like that. The 2012 BBC Proms was mostly musical theater with grand orchestral arrangements. The show featured West End stars such as Sierra Boggess and Julian Ovenden. Pablo got it into his head that Viva Voce will do that, too, with orchestra.”

Iona Ventocilla, another Viva Voce soprano, said she was “glad to see musical theater thriving in our country, but the musicals that we see on stage today are mostly modern ones. Between that and Viva Voce doing operas, we’ve overlooked the Golden Age of Broadway. There’s so much beautiful music from this era that it’s a shame if we don’t pay attention to it. Also, the reason Viva Voce is not an opera company is because we basically do everything from Handel to disco and everything in between. Classic Broadway is where classical singing and musical theater meet.”

Migallos agreed, saying that the group is focusing on classic Broadway from the 1920s to 1960s because “vocally, it is closest to what we do as opera singers.”

For the concert, Gabriel Paguirigan will be accompanying Viva Voce on the piano.

Viva Voce is collaborating for the first time with director Ed Lacson Jr. Spoken word/dialogue is lined up.

To Molina, “The Soliloquy” from “Carousel” never fails to move. “It is as majestic and touching as any great opera aria. The Bench Scene where ‘If I Loved You’ is sung is always a surefire kilig scene. When La Scala Opera Restaurant was still around and Pablo and I weren’t a couple yet, he was the featured artist one night. He sang ‘If I Loved You’ to me. Talk about going weak in the knees! I’m a very lucky girl!”

“In some ways I see classical singing almost as an athletic thing the way athletes train their bodies to do what it does on the football field, tennis court or swimming pool,” said Migallos. “That is how I see my singing—training myself to make beautiful music in a healthy and efficient way and to honor and deliver what the composer asks for on the page.”—CONTRIBUTED