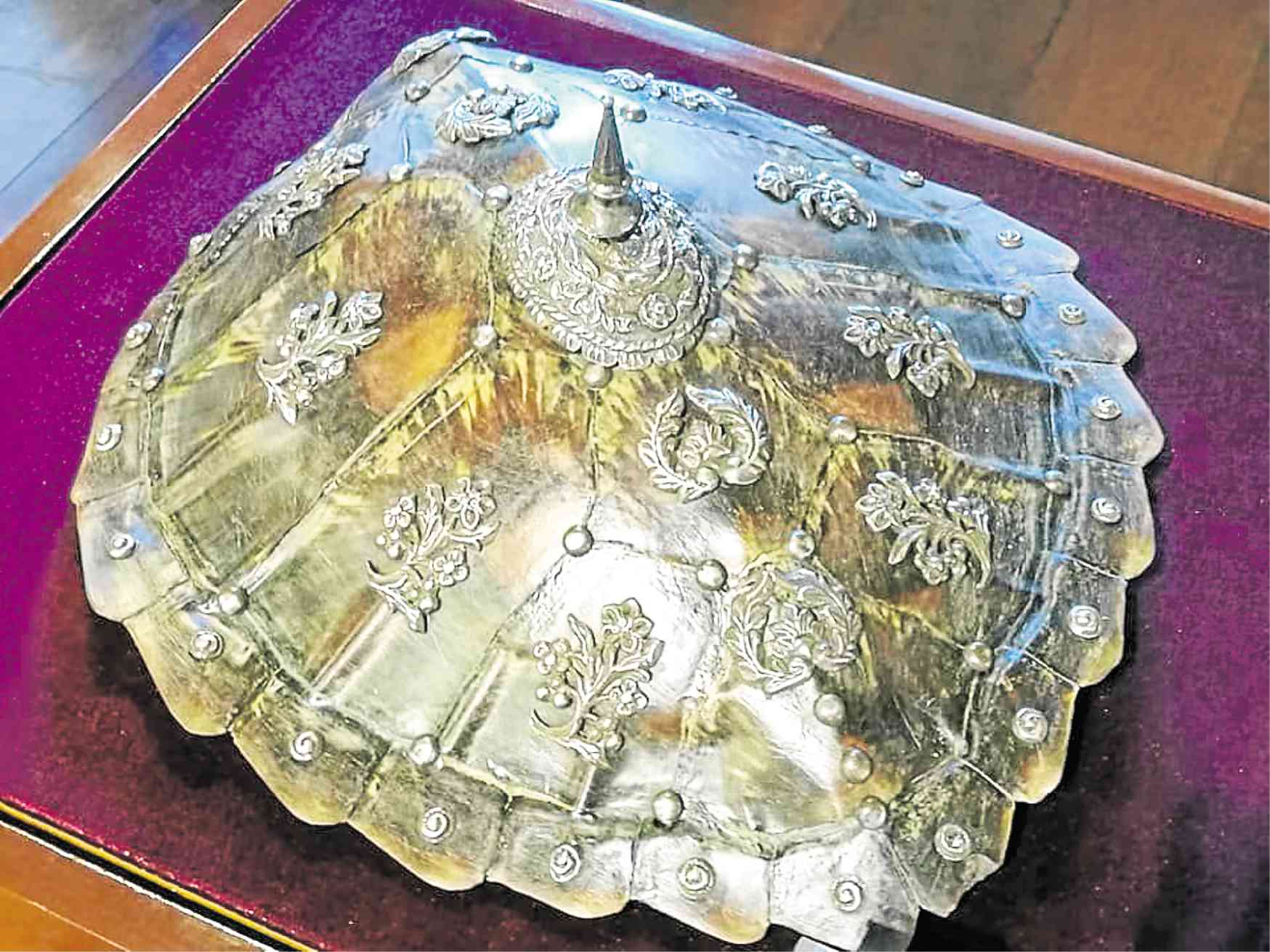 In his welcome remarks, the Ilonggo senator said the selection of Iloilo as host to the first museum on economic history is fitting, given the province’s Spanish-era title as Queen City of the South for its contribution to the industries and businesses that thrived in the country.

The air-conditioned museum is divided into categories, featuring some of the country’s different trades like weaving, pottery, copra and sugar production. On display are old San Miguel beer bottles owned by the Ynchausti clan, a sugar mill and hand looms from the weaving town of Miagao.

The first level consists mainly of maps and printed tarps with mounted displays visitors can peer at and look through. Calado—the pierced panels used in traditional bahay-na-bato to allow air to circulate between rooms—are rendered in oversized versions and serve as dividers for the different categories.

It’s the second level, however, that might hold the interest of visitors with its more vivid displays in both tableaux and video formats. There’s abaca fiber in its different forms and textures, and one area is devoted to copra production and the different products that can be made from expressed coconut oil.

Drilon and Rene Escalante of the NHCP, however, described the museum as “a work in progress,” one that will eventually grow to accommodate more artifacts, and maybe become a venue to exhibit the works of contemporary artists.

“I plan to approach the old wealthy Ilonggo families, and encourage them to display their personal artifacts, their documents. I want to restore the pride of the Ilonggos,” Drilon said.

“I am proud of this heritage landmark and museum, showcasing the endurance, innovation and creativity of Filipino workers and enterprising businessmen and women to create a path toward self-sustainability and progress for the Philippines.”

He foresees the Museum of Philippine Economic History to become not only a learning hub of Philippine history but also a place to inspire visitors “to venture their own path and willingly contribute to the Philippine economy.”

The senator was instrumental in the staging of two musical performances by the Manila Symphony Orchestra two years ago at the Molo Church (St. Anne parish church), followed the next day with a concert at the Iloilo Convention Center.

After the opening of the museum last week, the Madrigal Singers performed in an evening concert at the Molo Church where they sang a mix of sacred hymns (“Magnificat,” “Panalangin sa Pagiging Bukas Palad) and secular songs (Michael Jackson’s “Man in the Mirror,” Queen’s “Love of My Life”).

“All these initiatives will breathe new life into Iloilo’s growing economy and tourism. Because of these, I am certain that Iloilo could soon become the country’s center of culture and the arts,” Drilon said.