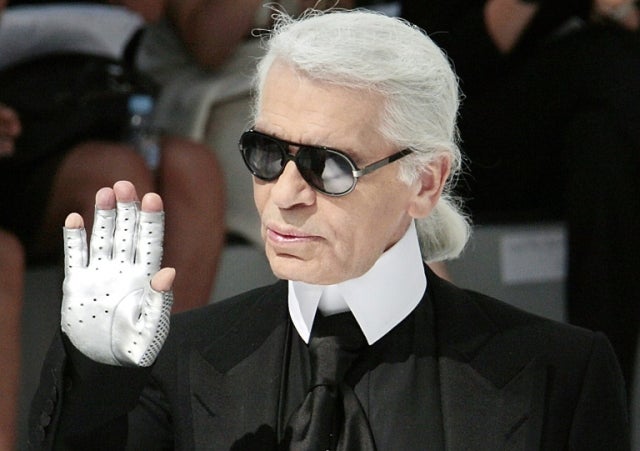 The fashion world was plunged into mourning on Tuesday by the death of legendary designer Karl Lagerfeld, the rapier-witted dandy who ruled over the industry for half a century.

Chanel, the iconic French fashion house he led for nearly four decades, confirmed his passing at the age of 85, prompting an unprecedented outpouring of emotion from designers and celebrities.

Speculation about the state of health of the man they called the “Kaiser” had been rife since he missed Chanel’s Paris haute couture week show last month, with the brand saying he “was tired”.

Lagerfeld left many younger creators in the dust well into his 80s, turning out collections season after season for Fendi and his own label, as well as Chanel.

With his powdered white ponytail, black sunglasses and starched high-collared white shirts, Lagerfeld was as instantly recognizable as his celebrity clients.

Lagerfeld’s friend, supermodel Linda Evangelista, said she was heartbroken, calling him the “great love of my life”.

In recent years the prolific German had visibly weakened, even if his extraordinary creative stamina showed little sign of flagging on the catwalk for the three brands he led.

Friends had always said that the creator would die with a pencil in his hand, and just last week his own fashion line Karl Lagerfeld was still announcing new design collaborations.

Chanel said the reins of the $20-billion empire had been handed to Lagerfeld’s right-hand woman, his head of studio Virginie Viard.

The designer invited Viard on to the podium with him at the end of two Chanel shows last year to acknowledge how much he relied on a woman he called “my right and left hand” to transform his sketches into glittering reality.

In a statement on Tuesday, Chanel said Lagerfeld was “an extraordinary creative individual… a prolific creative mind with endless imagination”.

His longtime muse, Ines de La Fressange, one of the world’s first supermodels, told AFP that he “never rested on his laurels, never doing the same thing twice.

“I saw him draw surrounded by 15 people. He was the opposite of the great couturier who had to suffer to create. He did nothing but work yet he refused to make it look like work,” she added.

“Karl, your genius touched the lives of so many, especially Gianni and I,” she wrote on Instagram, referring to her murdered brother who founded her brand.

“We will never forget your incredible talent and endless inspiration. We were always learning from you.”

Bernard Arnault, the most powerful man in fashion and owner of the luxury giant LVMH, said he was “infinitely saddened” by the loss of a “very dear friend” and a “creative genius”.

“Fashion and culture have lost a major inspiration. He contributed to making Paris the fashion capital of the world,” the billionaire said.

The singer and former French first lady Carla Bruni-Sarkozy, who had worked as a model for Lagerfeld, wrote a touching tribute to her former mentor on Instagram.

“Thank you for bringing beauty and lightness in our world, so much color in the darkness, so much wit in our dull days… The whole world and I will miss you.”

In an equally emotional tribute, actress and model Diane Kruger said she was not able to get to his bedside in time.

“I cannot tell you how much you meant to me and how much I will miss you,” the German star wrote on Instagram.

But while the Hamburg-born creator’s razor wit won him many fans, it also landed him in trouble.

Despite formerly being overweight himself, Lagerfeld caused a furor for lashing “fat women sitting in front of televisions with their pack of crisps” for “saying slim models are hideous.”

And he provoked even more outrage in 2017 by attacking German Chancellor Angela Merkel for opening the country’s borders to migrants.

“One cannot kill millions of Jews so you can bring millions of their worst enemies in their place,” he told a French TV show.

The controversies were drowned out, however, in a wave of tributes, with British pop star turned fashion designer Victoria Beckham praising Lagerfeld’s “genius” and generosity.

“Thanks for the dry shampoo tip. Will always think of you as I powder my wig,” joked British designer, writer and model Alexa Chung on Instagram, echoing the designer’s love of repartee.

Lagerfeld had long declared that he didn’t want to be mourned at a grandiose funeral like the one France granted its rock legend, Johnny Hallyday.

“What a horror!” he cried. “There will be no burial. I’d rather die… I’ve asked to be cremated and for my ashes to dispersed with those of my mother and those of Choupette (his cat), if she dies before me,” he said.

“I just want to disappear like the animals in the virgin forest,” Lagerfeld added. NVG