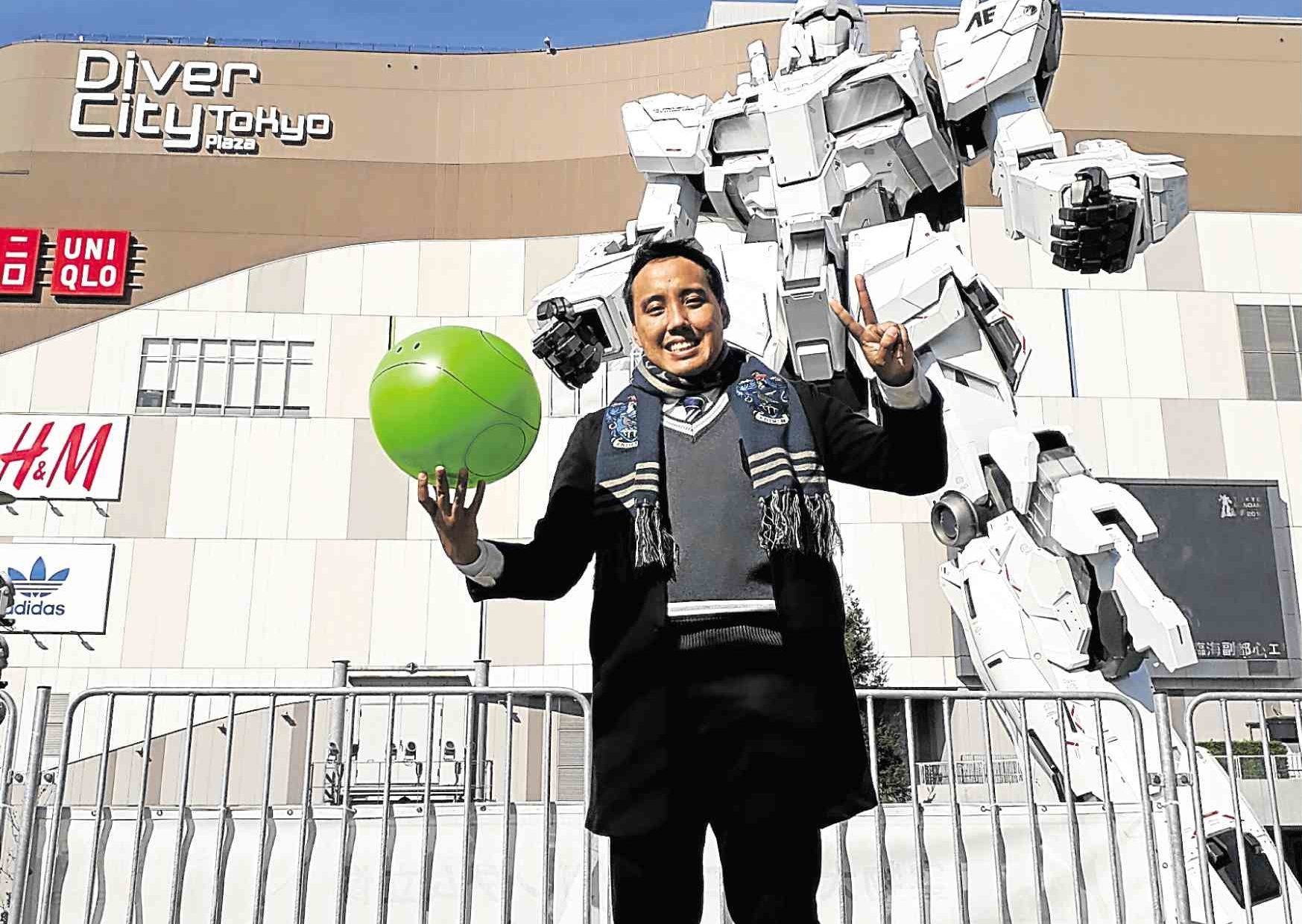 The author poses before the life-sizedGundam model in Odaiba, Tokyo.

Living my ‘weaboo’ dream in Japan

NAGOYA—Weaboo is a derogatory term used to describe a person who has an unhealthy obsession with Japanese culture, usually with animé and manga.

However, nowadays, even if you are just a Japanese pop culture enthusiast, some people will still label you as a weeb or a weaboo. I believe in owning the term, thus, I’m a self-proclaimed weaboo.

All my students knew they had a weaboo teacher. (I taught high school math at San Beda Alabang.) From teaching analytic geometry in Kakashi cosplay, to trigonometry problems involving Detective Conan, I’ve done them all. When I received the opportunity to live in Japan for more than a year through a teacher training scholarship from the Japanese government, I felt it was a dream come true.

I have been here in Nagoya for more than four months now and let me share some of the things I’ve learned as an international student.

First, there is much to be admired about the Japanese’s love of and pride for their culture. Japan is a technologically advanced country—from its bullet trains and vendo machines that sell almost anything, to toilets with more control buttons than your average game console controller. Amazingly, while they have all these, they still embrace their traditions.

It is not uncommon to see Japanese people in kimonos in the streets, not for a special event, but just going about their daily life. Even things as mundane as manhole covers come in traditionally inspired designs. I believe we can learn something from them, about holding on to our cultural identity while stepping forward into the future.

As an international student, I don’t interact just with the locals but also with people from all over the world. Before coming here, I never would have imagined that I’ll hang out with Croatian, Polish and Taiwanese friends; go to the grocery with Malawian and Beninese housemates; learn a bit about Central Asia from an Uzbek student; or eat in a sushi fast-food chain with a Chinese guy. There are various cultures to learn from.

Not a big deal

Knowing English really does help. However, I noticed that, while in the Philippines, good English grammar and pronunciation are sometimes used as a measure of intelligence, here it’s not that big a deal.

I’ve attended lectures by Mexican, Japanese and German professors who had strong accents and made grammatical mistakes, but they were nonetheless masters of their respective fields. A professor here aptly put it: “Knowing English doesn’t automatically make you smart, but refusing to learn English prevents you from being smarter.”

As a Filipino in a foreign country, I do understand that the impression I make on people may affect their opinion of Filipinos and the Philippines. Working hard and doing well in class are no longer for personal satisfaction; I’m also motivated to give a good impression about Filipinos.

Here, I share the rich culture of our country with those around me through stories, music and food. One time, I cooked sinigang and shared it with my friends here. They found it good! One Cambodian friend even said, “It reminds me of my mom’s soup.” Apparently, our Cambodian neighbors also have a tamarind-based soup called samlor machu.

I am ecstatic that I am living my weaboo dream here in Japan. I was able to visit animé-related places such as locations from “Kimi no Na wa,” Sailor Moon’s home district, the life-sized Gundam model in Odaiba, and of course, the mecca of otakus, Akihabara.

The Japanese government offers various scholarships for undergraduate students, research students and teachers. (Visit the website of the Embassy of Japan in the Philippines for details.) Why not give it a shot? Living and studying in a foreign land widens one’s perspective and knowledge. And if you’re a big fan of Japanese pop culture, the more it will be exciting for you. It’s not easy—it will require hard work and a bit of luck. If you get lucky, you could live your dream, may it be studies- or a weaboo-related one.

To quote Naruto: “Believe it!” —CONTRIBUTED