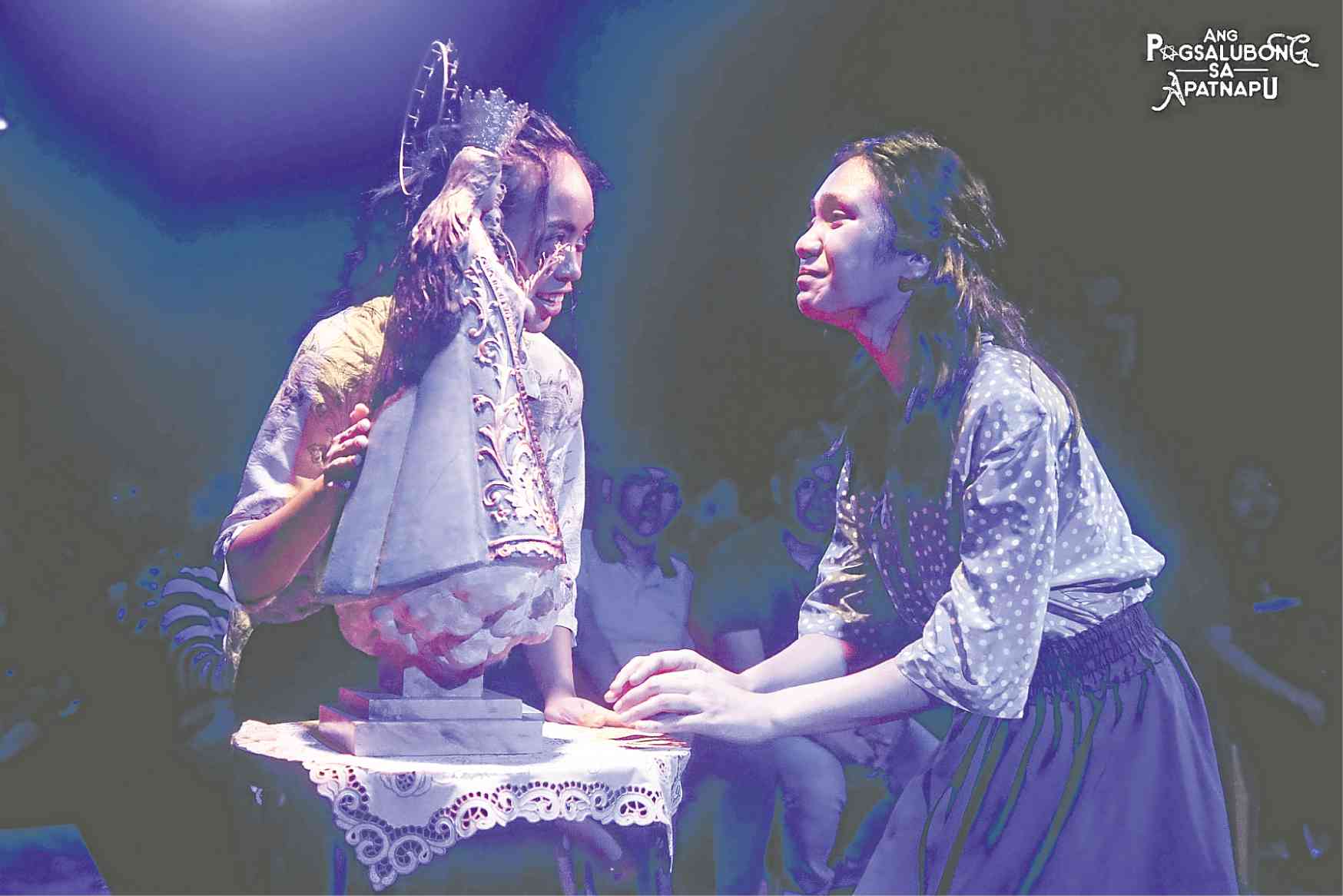 The Marikina community theater circuit has been alive and kicking these past weeks, with a pair of small but ambitious productions telling stories deeply rooted in history and in our collective experiences of childhood.

Ikarus Theatre Collaborative’s “Ang Manikang Kuneho,” which closed on Feb. 16 at Dito: Bahay ng Sining, was presented as a children’s musical, but used the relationship between a young boy and the titular stuffed animal to investigate the conditions that make our existence “real.”

An adaptation of Margery Williams’ “The Velveteen Rabbit,” it ultimately suffered more than it benefited from some unfortunately meager production values. But thanks to a strong libretto by Jay Crisostomo IV (who also directed), it lost none of the source material’s philosophical and emotional power.

The best thing about “Kuneho” was how it verbalized the inner thoughts of its innocent protagonist. It’s one thing to read about a stuffed animal mulling over her own reality; it’s another thing entirely to watch her contend with abandonment and shame.

The show may have tucked its pain behind Abi Casauay’s playful compositions and James Pangan’s finely tuned comedic performance as various characters, but it was precisely during the musical’s more heartbreaking moments—with an effortlessly endearing Joyce Miranda in the lead role—when “Kuneho” felt most fully formed.

Sadly, while there was a clear purpose to the show’s scrappy, DIY aesthetic, this only became a distraction as the story ventured into more thoughtful territory. The musical strained against its own physical boundaries, with the set looking simultaneously empty and crowded during several scenes, and with the constant fluttering of the stage curtains interrupting the action.

One can only imagine how much more effective the production could have been if its design had better matched its ambition.

Over at Tahanan ni Juan on C. Cruz Street, Teatro ni Juan is ending its 11th season with “Ang Pagsalubong sa Apatnapu,” which follows the true story of Marikeños harboring a group of Jewish refugees on the brink of World War II.

Written and directed by Mikko Angeles, the musical breaks free from the limits of its space and clears the stage for some high emotion and formidable performances (delivered in multiple languages). However, the show definitely bites off more than it can chew, and its abundance of plot weighs down an otherwise fa scinating historical account.

Angeles’ vision is staggering: It comments on war, memory, and religious and racial identity, among many other themes. But the book has difficulty organizing its events into a dramatically consistent structure. The general timeline is clear, but certain scenes just come off as tangents—occasions for the production team to try out arbitrarily deployed techniques and gimmicks.

Add to that a few dodgy accents and sound quality that frequently drowns out the actors’ voices, and the musical sadly loses some of its nuance.

But “Pagsalubong” hits hardest during intimate, devastating exchanges, when the ensemble draws real strength from one other. Ana Rae Tambaoan and Carlo Gianan capture the placelessness haunting their Jewish characters, while Cristina Adigue makes a show-stopping turn as Maria, belting lyrics with such raw feeling and casting her every glance with mischief and trepidation. That such a commanding performance resides in such a small show is an achievement worth celebrating. —CONTRIBUTED