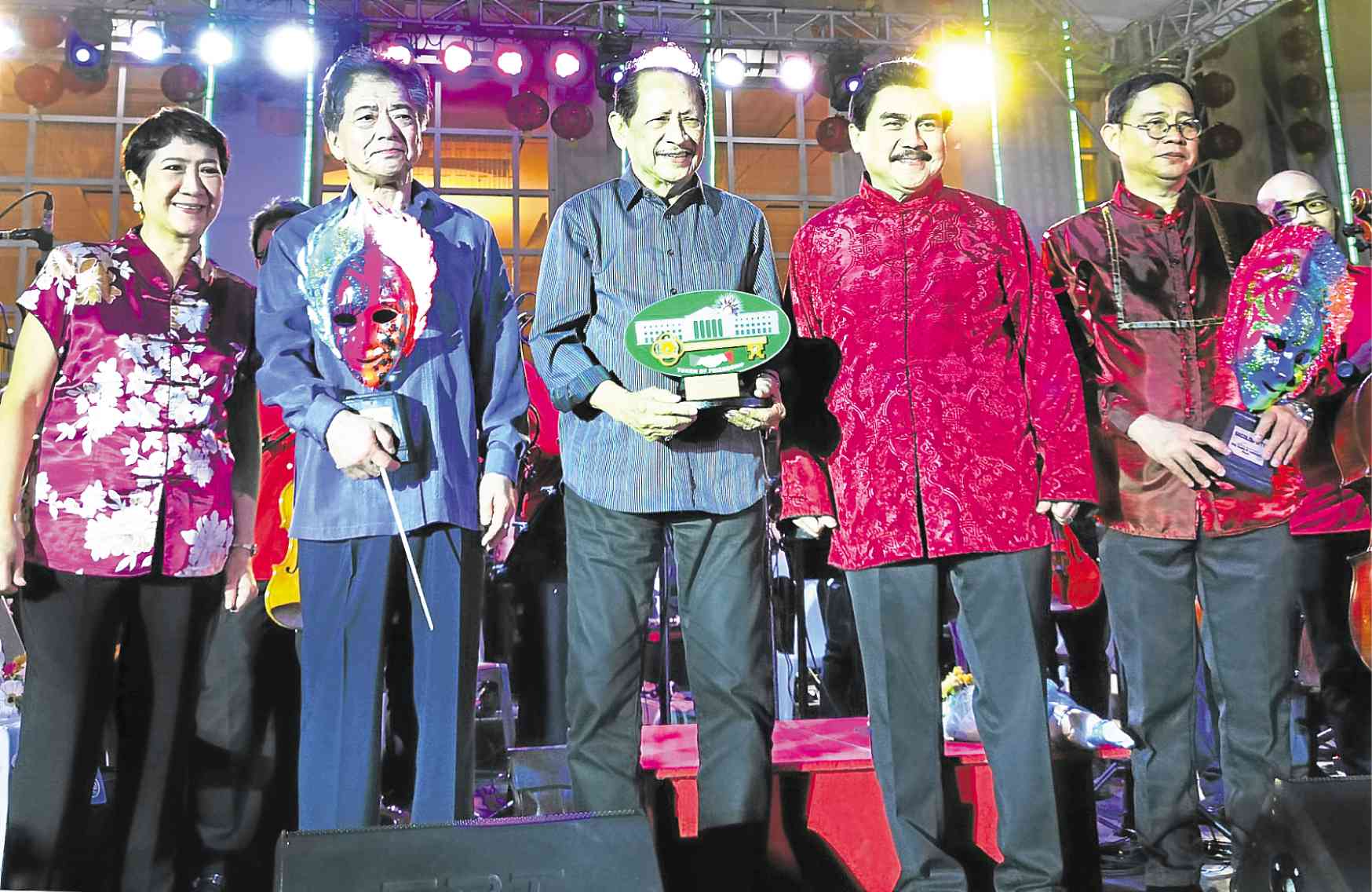 CCP president Arsenio “Nick” Lizaso is given the symbolic key to the city by Bacolod Mayor Evelio Leonardia. Joining them on stage are Elsa Leonardia, Maestro Yoshikazu Fukumura and maestro Herminigildo Ranera –Photos by Dexter Matilla

For two romantic music-filled nights, Bacolod played host to the Philippine Philharmonic Orchestra (PPO) as it held concerts in the Negros city as part of the Cultural Center of the Philippines’ outreach program.

Thousands of Bacolodnons from all walks of life were treated to world-class orchestral music, first at the SMX Convention Center—which featured an impromptu performance by OPM singer and songwriter Jose Mari Chan—and then the following night at the New Government Center to signal the start of the Bacolaodiat Festival, the city’s annual Chinese New Year celebration.

Under the baton of professor Herminigildo Ranera and principal conductor Yoshikazu Fukumura, the PPO played a wonderful selection of pieces from Johann Strauss Jr., Josef Ivanovici, Frederick Lowe, and Arturo Marquez as well as pop tunes from “Beauty and the Beast,” “Les Misérables,” “Phantom of the Opera,” Footloose, and a VST Medley that had guests dancing the night away.

Bacolo Mayor Evelio Leonardia said since that the local government had focused much on the business and environmental needs of Bacolod, so that the city had become the most competitive in the Visayas.

“Man does not live on bread alone, we also have to feed our soul, and that is why we have the PPO,” Leonardia said.

University of the East

The PPO recently celebrated its 45th anniversary and is on its 36th concert season, which closes in April.

PPO recently held an outreach concert at the University of the East, Lizaso’s alma mater.

The university later bestowed upon him an Arts and Culture Award for his contribution to theater, television and film as an artist, director and producer as well as for his devotion to cultural work, art education and personal advocacy to brining art closer to the common man. –CONTRIBUTED