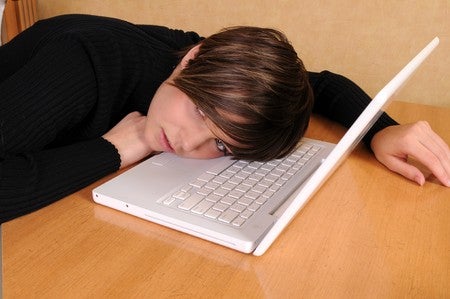 A new United Kingdom research has found that women who work long hours may have a higher risk of depression, and working weekends may up the risk for both men and women.

Carried out by researchers at University College London, the Department of Research and Policy at Age UK, and Queen Mary University of London, the new study looked at data on 11,215 men and 12,188 women, which included occupational information and depressive symptoms as measured by a validated general health questionnaire.

The researchers also took into account several potentially influential factors including age, marital status, whether participants had children, their wage and how satisfied they were with it, long-term health conditions and qualifications.

The findings, published online in the Journal of Epidemiology & Community Health, showed that women who worked extra-long hours of 55 or more hours a week and/or who worked most or every weekend had the worst mental health of all the participants, with significantly more depressive symptoms than women who worked standard hours.

For men, working less or more hours than the standard working week had no effect on the number of depressive symptoms.

Generally, older workers, smokers and those who earned the least and who had the least job control were also more depressed, regardless of sex.

As an observational study the researchers say that they cannot establish cause and effect. However, they also pointed out that “previous studies have found that once unpaid housework and caring is accounted for, women work longer than men, on average, and that this has been linked to poorer physical health.”

“Our findings of more depressive symptoms among women working extra-long hours might also be explained by the potential double burden experienced by women when their long hours in paid work are added on their time in domestic labour.”

They also noted that women are more likely to work longer hours in male-dominated occupations, and those working weekends are more likely to work in low-paid service sector jobs, adding that “such jobs, when combined with frequent or complex interactions with the public or clients, have been linked to higher levels of depression.” JB

Foreseeing the future: What you need to know before retiring