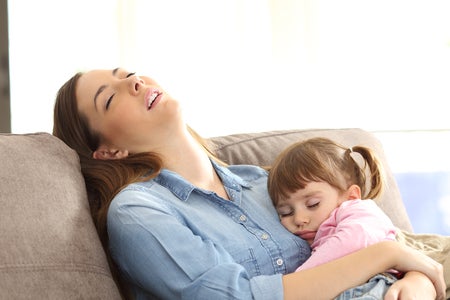 Are you a parent currently lacking sleep? You have to live with that reality for six years, according to a new study.

Researchers discovered that mothers and fathers experience not having the same sleep satisfaction they had before pregnancy. This was part of the findings in a study released in the Oxford University Press journal, titled “Sleep”, on Jan. 14.

For the study, researchers had yearly interviews with 2,541 women and 2,118 men in Germany from the years 2008 to 2015. They had to report on the births of their first to third child.

It was found that sleep satisfaction and duration had a sharp decline during the first three months after the birth of the baby, which mostly affected mothers. Women were discovered to have an hour less of sleep than they had before pregnancy. As for the men, their sleep decreased by approximately 13 minutes.

However, it was discovered that parents having 4 to 6-year-old children have improved sleep duration. For the women, they had less sleep by 20 minutes, while men were still shorter with 15 minutes.

Breastfeeding was found to cause a slight decrease in sleep satisfaction, as women were recorded to have less sleep by 14 minutes.

The study also noted that the parents’ age, household income and psychosocial factors, such as dual versus single parenting, have almost no relation to improved sleep. JB