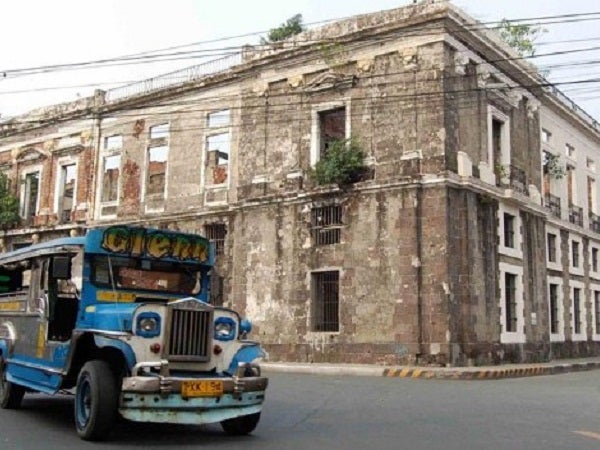 Intramuros now is still full of ruins, slums and abandoned buildings, a lost city in what most politicians call the dying city of Manila. AFP FILE PHOTO

Department Order No. 12 series of 2019 was issued on Feb. 19, less than a year since Villar’s Memorandum Circular No. 2 which called the attention of DPWH and Department of the Interior and Local Government officials to preserve and protect heritage sites, and closely coordinate with national cultural agencies.

In Villar’s recent order on the “strict preservation and conservation of national cultural heritage,” he underscores the policy of the State under the 1987 Constitution to conserve, develop, promote and popularize the country’s heritage assets directing DPWH officials and engineers to coordinate with the national cultural agencies on projects affecting these heritage assets.

“For this purpose,” the order notes, “all building officials, project engineers and implementing offices are directed to consult and coordinate with the NCCA (National Commission for Culture and the Arts) and other NCAs (national cultural agencies), prior to any issuance of permits/certificates for any proposed construction, renovation, retrofitting or demolition activities that may affect the integrity of historical and cultural sites or any adjoining historical, or cultural sites.”

Villar likewise directed DPWH officials to work closely with the NCCA on feasibility studies “for the design, improvement or implementation of infrastructure projects” that could possibly affect any heritage site.

He warned violators would be meted “appropriate sanctions.”

This latest DPWH order on the protection of the country’s national patrimony followed the April 2018 memo and the 2014 Department Order No. 138 of former secretary Rogelio Singson, which all has the same purpose.

But whether DPWH below Villar would follow his order remains to be seen since a number of heritage structures and sites were affected by DPWH projects after the previous memoranda were issued. —CONTRIBUTED