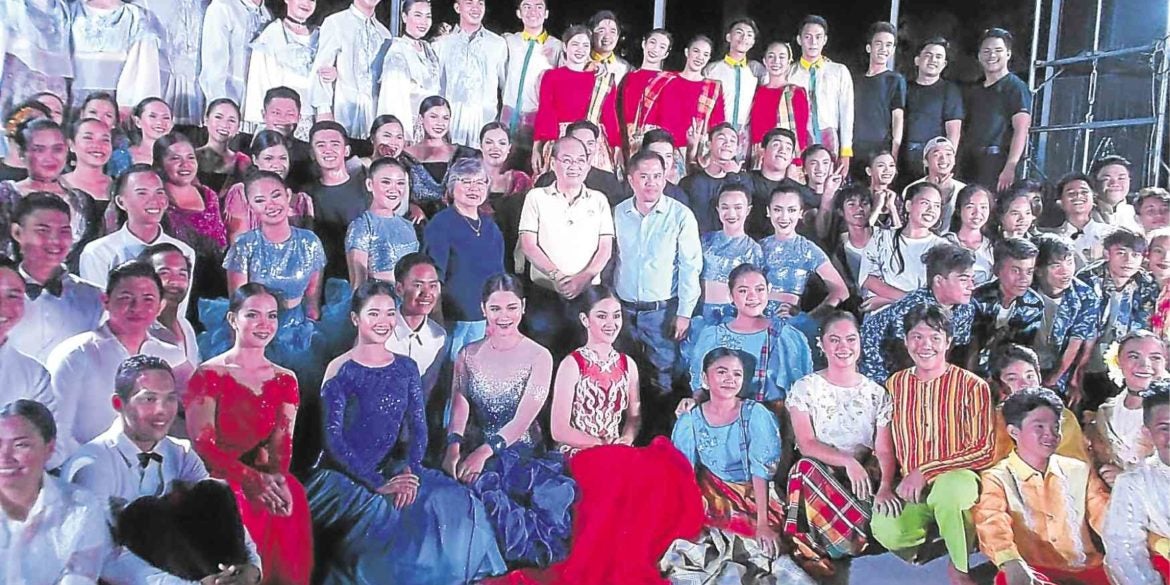 The Capiz provincial government headed by Gov. Antonio A. del Rosario pulled out all stops to celebrate the Arts Month activities under the aegis of the National Commission for Culture and the Arts (NCCA) . The event was called “Fiesta Taliambong sa Capiz” (Celebrating a Fiesta), organized by the Capiz Provincial Tourism and Cultural Affairs Office.

In keeping with the nationwide theme of the youth discovering our cultural heritage, most of the performers were students from national high schools, colleges, and the Capiz State University. The program was held at the Capiz Provincial Park in Roxas City, the capital.

Music was provided by the rondalla group from the National High School, the FCU Chorale, the state university main chorale, and the sound system.

The performances were a mélange of folk, classical, indigenous, contemporary, hip-hop-breakdance, and music and dances, elegant as well as frenetic.

Literature was represented by the spoken word (“emotion-filled” as host Mary Encina put it) as the declaimer, Ladylyn Gregorio, praised art to the skies, pointing out that things that we take for granted are really art.

The wild courtship dances of the Ati and Panay Bukidnon IPs brought the house down, with one male dancer berating the musician for playing the wrong chords.

The melancholy “Ay Kalisud” (popularized by opera superstar Jovita Fuentes who was from Capiz) and the lullaby “Ili Ili, “were performed with Rey Valera’s “Kahit Maputi na ang Buhok Ko” (popularized by Sharon Cuneta), folk dances imitating the movement of birds, and hip-hop/breakdance from the CNHAS Dance Troupe and Batang Bboys (cq).