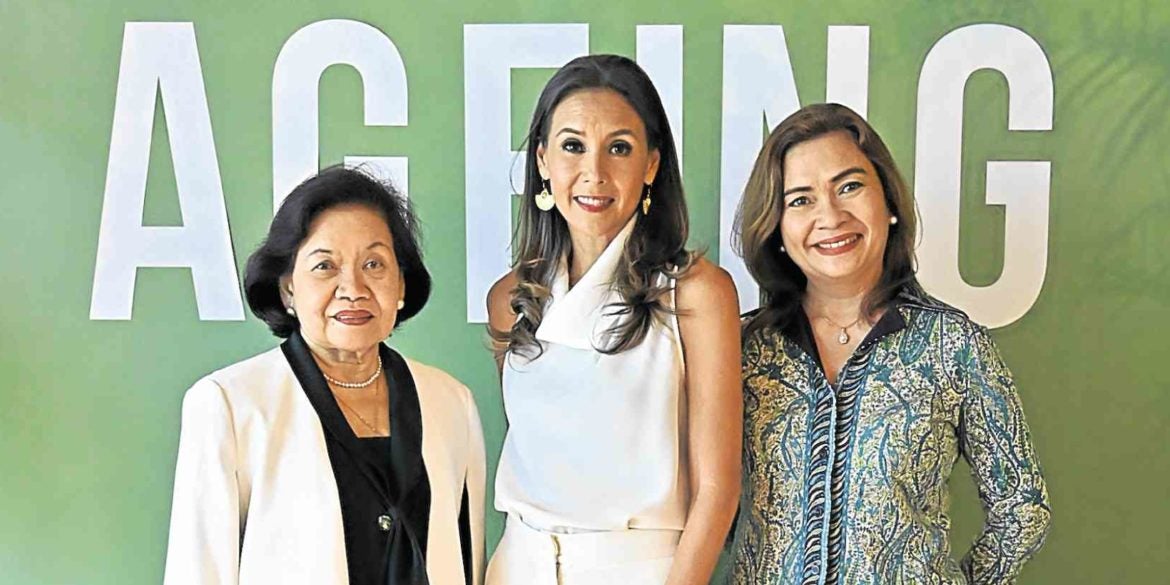 Most Filipinos are aging prematurely

A few wrinkles won’t kill you. Or, will they? Pay attention to the signs on your face. To be healthy, nothing is ever just skin deep.

Yellowish skin could indicate problems with the liver, grayish skin could mean kidney issues, and bluish lips may suggest lack of oxygen in the lungs. While wrinkling and sagging skin may not signify illness, they may mean that the tissues are breaking down.

For many Filipinos—a good 60 percent, according to a recent study—such breakdown happens sooner than expected. This means more than half of the working force in the country is aging prematurely.

Vanity aside, a growing population of young people aging prematurely is worrisome, because it means their bodies are aging faster than their chronological age.

“Premature aging is not only looking older, it also means you get easily tired, and you’re generally weaker compared to people your age who are not aging prematurely,” said Jo Ann Salamat, a registered nutritionist and dietician and nutrition manager of Fonterra Brands Phils. Inc., makers of Anlene, the specially formulated milk for adults.

“Half of Filipinos aged 19-60 are not getting enough protein, while more than 90 percent don’t get enough calcium, which can lead to bone, muscle and joint deterioration, and weakness,” says Fely Velandria, registered nutritionist dietician and former senior science research specialist of the Food and Nutrition Research Institute of the Department of Science and Technology (DOST-FNRI).

While environmental factors contribute to premature aging, lifestyle plays a major role and that includes food choices, sleeping habits and an exercise routine or lack thereof.

Velandria said that when they conducted a metabolic age calculation among more than 5,000 business process outsourcing (BPO) employees in Metro Manila, 60 percent were determined to have a lower metabolic age than their chronological age. Around 35 percent of those between 18 to 50 years old also had low bone mass.

Metabolic age is the comparison between a person’s basal metabolic rate (BMR) and the average BMR for a certain age. Calculation is usually done through a specialized machine that considers visceral fat around the waist, weight, muscle mass and body fat percentage.

“Low bone density and poor muscle mass, brought about by lack of calcium and protein, may affect one’s ability to stay active and to keep up with day-to-day challenges,” said Salamat. “Unfortunately, with everyone’s busy lifestyle, balancing work, family and traffic, we tend to compromise on food choices, sleep and exercise. That’s why even younger adults are experiencing premature aging.”

But Filipinos are not milk drinkers, Velandria said. Milk consumption is normally imposed on young children, but once they go into adulthood they ditch the milk in favor of coffee, tea or alcohol.

Anlene offers a range of milk products that strengthens bones, joints and muscles, all critical to healthy aging.

Healthy aging has been among the top advocacies of the brand, said Roberta Mundo, senior brand manager of Fonterra Brands Philippines.

“We want the public to know that Anlene is formulated for all ages. It is not just for seniors,” Mundo said. The White Coffee variant has been developed by the Philippine team for Filipinos, to get more adults into the milk-drinking habit.

Each glass of Anlene contains twice the calcium of regular milk, or 100 percent of an adult’s daily calcium needs. It is high in protein for muscle development and repair. And, unlike other milk brands, Anlene also contains collagen.

Anlene will be supporting the iCare BPO Healthy Lifestyle Caravan, a Department of Health-led campaign that aims to promote a healthy lifestyle among BPO workers. The milk brand will be doing its rounds of offices and partnering with local government units using the Tanita Body Composition Analyzer to determine the employees’ metabolic age, bone density, muscle mass, fat mass and body water percentage. Joining the team are experts for free consultations.