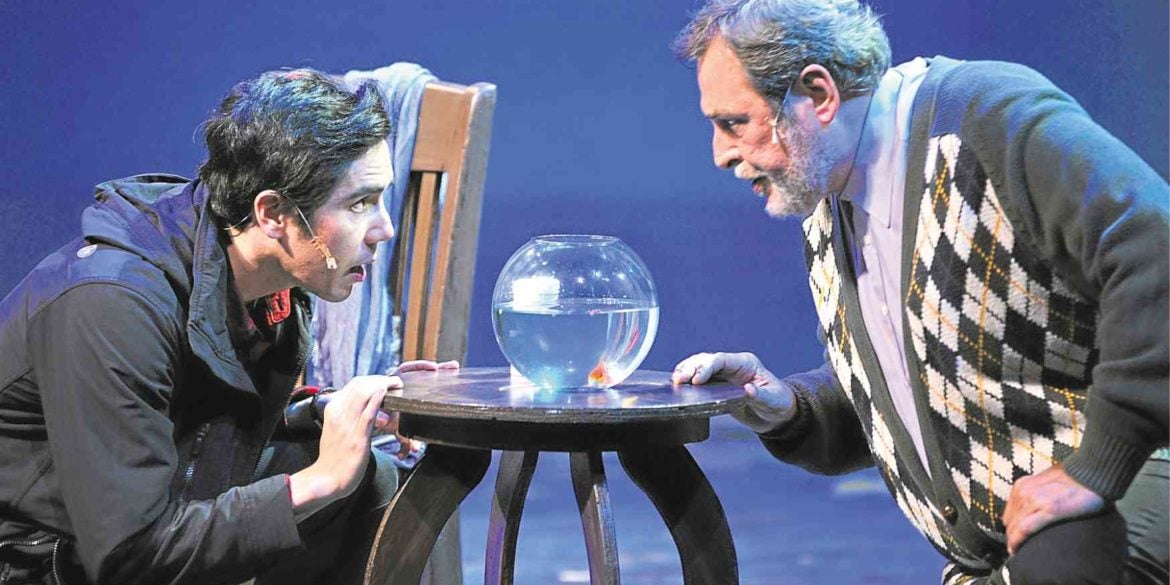 For its 10th season, Repertory Philippines (Rep) mounted the classic Jerry Herman musical “Hello, Dolly!” with Baby Barredo in the titular role and Zenaida “Bibot” Amador directing. One of the ensemble members, then a newbie to professional theater, was Miguel Faustmann.

That was 1975. More than 40 years later, Faustmann has become one of those rare show-business chameleons who shift between the stage and the screen, and transition from performer to director to designer, with seeming ease.

But Faustmann’s heart indubitably belongs to the stage. “We earn better in films and TV, but theater is always my first choice,” he says. “I always wanted to be in theater. Since elementary (in La Salle Green Hills), I was always in school plays. In high school, I joined Teatro Fil-Hispanico doing a number of Spanish plays.”

And after “Hello, Dolly!”? Juan Peron in “Evita,” King Arthur in “Camelot,” Don Quixote in “Man of La Mancha,” Capt. Von Trapp in “The Sound of Music,” Martin Dysart in “Equus,” Fagin in “Oliver!”—a gold mine of prestige roles seized with only the benefit of “purely Zenaida Amador training,” as he calls it.

The last four of his six nominations for the Philstage Gawad Buhay Awards are testaments to his versatility as a theater animal: an acting nomination in 2016 for 9 Works Theatrical’s “A Christmas Carol”; and three nominations in 2014, for directing Rep’s “Wait Until Dark” and designing the sets of Rep’s two other nonmusical plays that year, “August: Osage County” and “Noises Off.”

Next week, Faustmann returns to acting for Rep, when the company premieres its second season offering, Eric Chappell’s “Father’s Day.” He plays Henry, a cantankerous divorcé, whose estranged son and ex-wife descend upon his house one winter evening.

“Funny, but sometimes I think [the role] was written for me,” Faustmann says. “I relate to his living alone and the quirks one has when one lives alone.

“I’ve done both plays and musicals, but I prefer to be in a play. Musicals are more of fantasy—entertaining for an audience because of song and dance. But we don’t burst into song in real life.”

“Father’s Day” reunites Faustmann with Barredo, in her directorial comeback for Rep, and teams him up with Rep stalwart Liesl Batucan (as his onstage ex-wife), newcomer Andres Borromeo (as his onstage son), and the sisters Becca and Rachel Coates, alternating in the role of Henry’s son’s goth girlfriend.

“Baby and I have come a long way,” Faustmann says. “I’m honored to be directed by her. She has a keen eye for perfection. Andres, this being his first play, is a wonderful actor with a fantastic attitude and love for his craft. The Coates sisters are gems to be with!”

As for the play? Sure, it’s billed as a comedy—“I love doing comedy!” Faustmann says—but there’s more to it than just the scathing banter. And its principal player prefers to throw the question back at the viewer: “How many families are broken today? How many unwed fathers and mothers do we have today?” —CONTRIBUTED