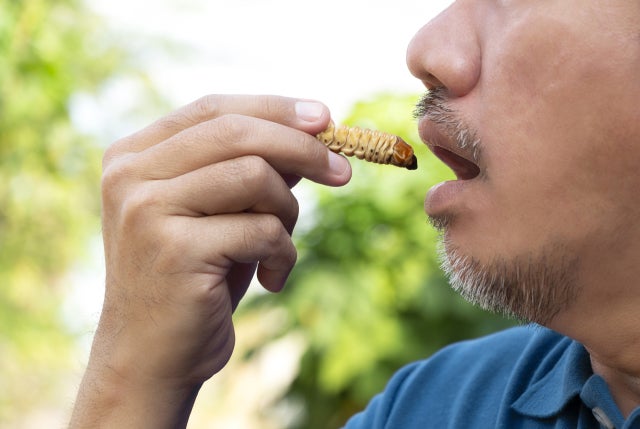 A new survey has found that many American would be open to eating insects. Image: IStock/pong-photo9

More than 3/4 of Americans open to eating insects — survey

The findings from a new survey have shown that perhaps surprisingly, as many as 82 percent of Americans would consider trying edible insects, and those who like sushi are even more open to including creepy crawlies in their diet.

The international study led by La Trobe University, Australia, and the University of Pennsylvania, USA, surveyed 476 participants, including 275 adults from the United States and 201 from India, to investigate attitudes towards eating edible insects, which have recently been touted as a more sustainable and protein-packed alternative to meat.

The findings, published in journal Food Quality and Preference, showed that in both countries, males were more open to eating insects than females, although just 34 percent of Indian participants would be willing to eat insects, compared to 82 percent of the American participants.

Interestingly, from this group of willing US participants, 43 percent also ate sushi on a regular basis, with the researchers suggesting that those who eat the Japanese food may be more open to introducing edible insects into their diets.

“Until relatively recently, the idea of trying sushi — let alone having it become a mainstream menu item — was often thought of with disgust in many societies,” said co-author Dr. Matthew Ruby. “Just like eating sushi, eating insects will take some getting used to.”

“It appears the more open you are to ‘exotic’ foods, the more willing you’ll be to taste-test a grasshopper, or an ant, or even a spider.”

Although eating whole insects is too off-putting for some, 28 percent of Indian participants and 65 percent of American participants were willing to try food containing at least 1 percent insect flour, such as cricket flour.

“Insect flour can be found as a protein-rich substitute for some standard grain flours in products like crackers, biscuits and protein bars,” said co-author Professor Paul Rozin. “This could be another way to introduce insects into your diet, if the idea of crunching into a whole bug doesn’t appeal to you.”

Despite recent suggestions from many experts that eating insects could be good for the environment by helping to reduce our reliance on meat, almost 26 percent of Indian participants still felt eating insects violated a protected or sacred value, and they would not eat them no matter how great the benefits. However, just 4 percent of American participants felt the same.

The researchers added there are more than 2,000 edible species of insects throughout the world, with many of the species non-toxic and rich in high-quality protein and micronutrients. CC

Insect-loving guy confesses he ‘dated’ a cockroach, ate it when it died