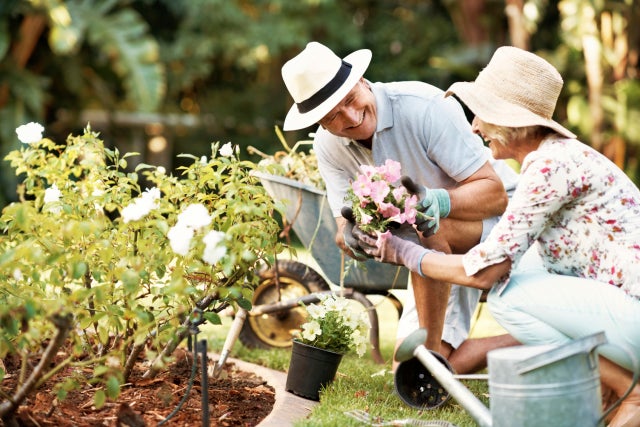 Even low levels of light physical activities such as gardening could lower the risk of death according to new research. Image: kupicoo/Istock.com

New research has found that engaging even in low levels of physical activity, such as gardening or walking, could still bring health benefits such as a lower risk of death from cancer or cardiovascular disease.

Carried out by Chinese and U.S. researchers, the new study looked at data gathered from 88,140 participants aged 40 to 85 who completed surveys about their health and lifestyle as part of the National Health Interview Surveys which are carried out every year in the U.S.A.

The researchers also calculated the total leisure-time physical activity of each participant using the 2008 US guidelines, which recommend at least 150 minutes per week of moderate activity done in sessions of at least 10 minutes.

The findings, published online in the British Journal of Sports Medicine, showed that participants who completed just 10 to 59 minutes per week of moderate physical activities in their leisure time, such as brisk walking, gardening or dancing, had an 18 percent lower risk of death from any cause over the course of the study, compared to participants who were inactive.

Moreover, as the amount of moderate physical activity increased, so did the health benefits, with those who participated in 150 to 299 minutes per week reducing their overall risk of death by 31 percent, and those who did ten times this amount — 1,500 minutes or more per week — benefited from a 46 percent lower risk.

When the researchers looked at the risk of death from cardiovascular disease (CVD) such as strokes and heart attacks, they found that participants who were active for ten to 59 minutes per week benefited from a 12 percent reduced risk of death of CVD, and those who did 120 to 299 minutes per week saw a 37 percent reduction in risk, compared with participants who were inactive.

However, participating in much higher levels of physical activity did not appear to bring any greater benefits for those wanting to reduce their risk of death from CVD.

The researchers also commented that although low-level physical activities, such as walking or gardening, were associated with a lower risk of death, those who participated in vigorous physical activities, such as running, fast cycling or competitive sports, had a significantly lower risk of death, leading them to suggest that those who are too short on time to meet the recommended amount of exercise each week should consider doing more vigorous activities.