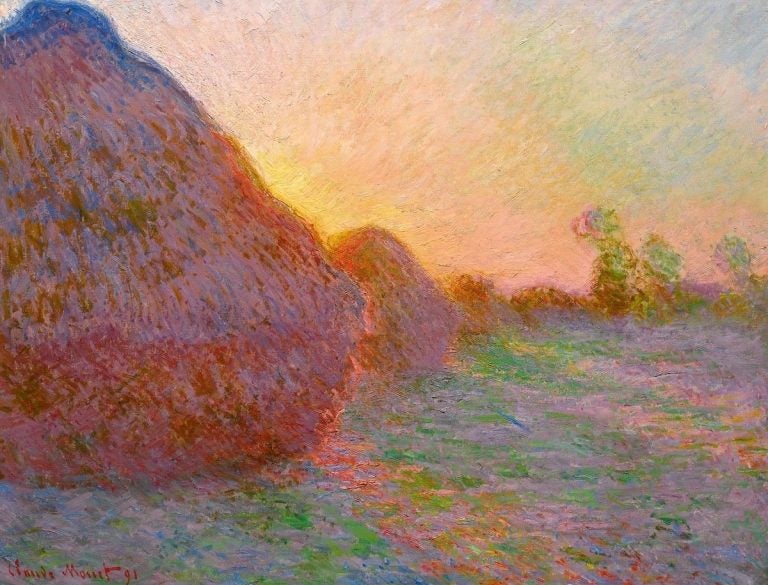 The artwork is part of Monet’s iconic Haystacks series, created in the early 1890s.

Titled “Meules”, the painting is one of only four works from this series to come to auction this century. It will be one of the highlights of Sotheby’s Evening Sale of Impressionist & Modern Art, taking place on May 14 in New York.

Having remained in the private collection of the Chicago socialites Potter and Bertha Palmer since 1986, “Meules” is expected to sell for a price of $55 million.

The Haystacks series includes 25 canvases, painted by Monet between 1890 and 1891. Most of them reside in in museums such as the Metropolitan Museum of Art in New York, the Art Institute of Chicago, and the Musée d’Orsay in Paris.

In a statement, August Uribe, Sotheby’s head of Impressionist & Modern Art, commented, “It is a privilege to present one of Claude Monet’s defining Impressionist paintings in our Evening Sale this May. One of the most recognizable images in art history, Monet’s Haystacks series has long served as an inspiration to countless artists since its creation in the early 1890s, and continues to inspire anyone who has viewed one of these canvases first hand.”

Prior to the auction, these artworks will debut in a public exhibition in Sotheby’s newly-renovated York Avenue galleries, in New York City. Beginning on May 3, the exhibition will mark the first public viewing of Claude Monet’s “Meules” in over three decades. JB

Lost portrait of Charles Dickens to go on show in London