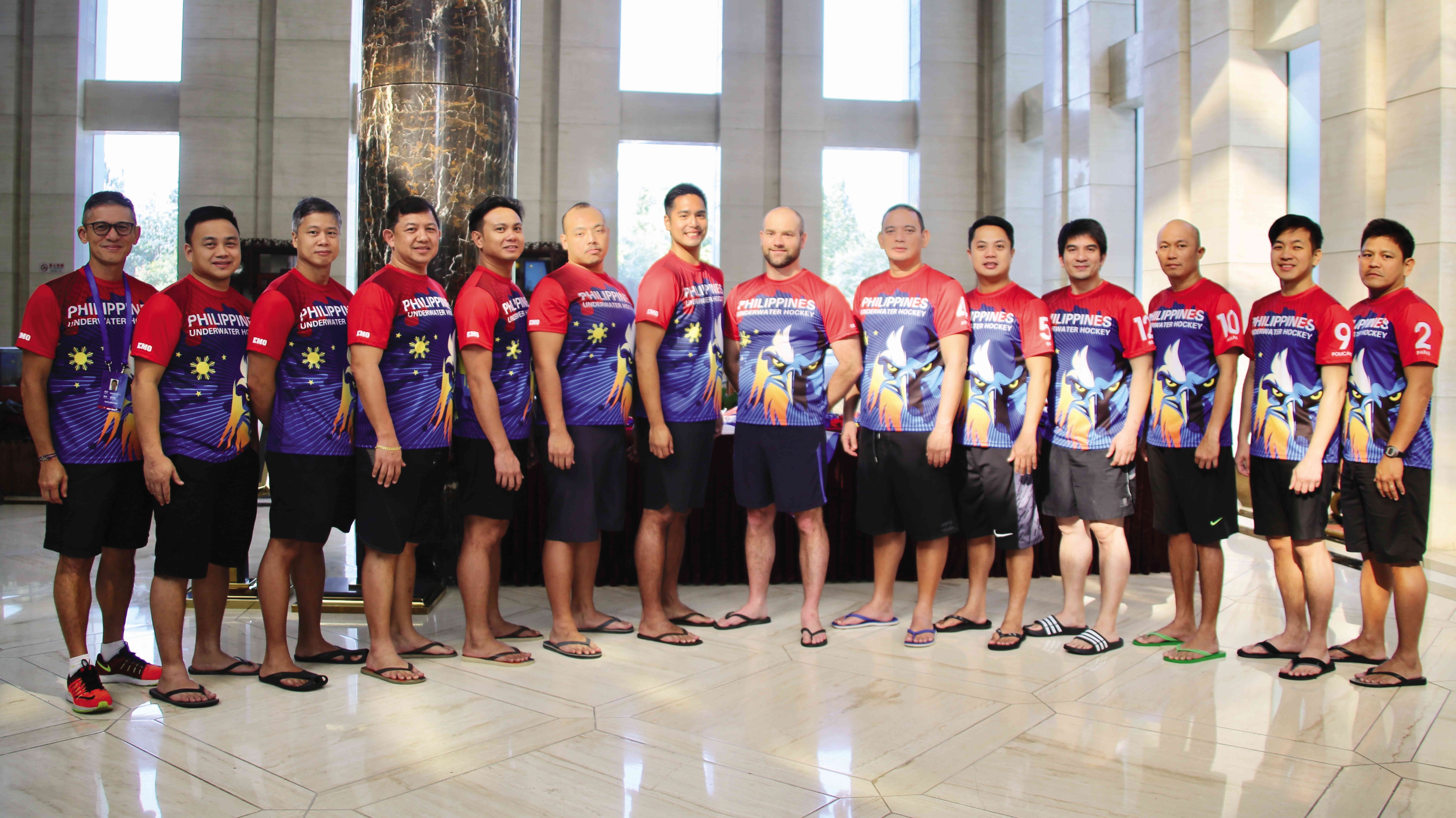 There are joyous reasons to celebrate Philippine pride this week.

The Southeast Asian (SEA) Games recently announced the inclusion of underwater hockey as one of 56 sports to be held here in December. That’s special to me and my hubby Dennis, as he has been playing the sport for 40 years.

As one of the run-up events to the SEA Games, the Manila Invitational Underwater Hockey Tournament is on its last day today, March 24, at the Vermosa Sports Hub in Imus, Cavite. Over 170 athletes from 14 countries are competing for gold medals in the Men’s, Women’s and Mixed Team divisions.

It seems the world is excited about underwater hockey’s entry to the SEA Games, as this is the first time the sport will be played in an International Olympic Committee-sanctioned, multisport regional meet. Helping the local athletes from Indonesia, Malaysia, Myanmar and Singapore are the best players from Australia, Great Britain, the United States, among others, who are acting as coaches and just players helping other players out.

Feast for the senses

Speaking of gold, the Philippines can also be proud of the beauty of the golden South Sea pearl. Bringing this precious gem to the world for four decades, Jewelmer celebrated its 40th anniversary recently at the grand ballroom of Shangri-La at The Fort.

It was a feast for the senses as guests were immersed in a room transformed with all things Jewelmer at the “40 Years of Luster” Gala.

The glamorous evening started off with a showcase of Jewelmer’s most prestigious pieces dating back to 1979. These included the very first cultured pearl, up to an array of limited-edition pearl creations that have become iconic to the brand.

Surrounding the archive collection was a photo exhibit of Jewelmer’s history, which featured the pearl farms when they were discovered, memorable encounters of its founders, and even the most recent boutique openings. It was a first that a special demonstration of pearl stranding and sorting was held.

The gala also served as the debut of Jewelmer’s 2019 pieces. Inspired by the fantasy of the moment, each piece evoked a story beyond one’s imagination. South Sea pearls with colored stones became the highlight of the night.

As the night progressed, the curtains opened and the Jewelmer jazz band welcomed the guests to a much bigger venue all decked in blue. Hosted by Marc Nelson and Rovilson Fernandez, the lovely dinner began with a warm welcome by Jewelmer founders, Manuel Cojuangco and Jacques Branellec.

Cojuangco told the guests: “We certainly are very grateful for the adventure that we’ve had. There are many people who have been with us on this journey, for which we are very grateful. For 40 years, a lot of people would say we’ve been very lucky, but more than lucky, we have been very blessed. We have been recipients of a lot of grace, and it is by this grace that we got to this point.”

Branellec added: “We are a Filipino brand. Our core is Filipino even if we have some French influence. We are proud to promote the best of the Philippines.”

Rogelio Bas, one of the first pearl divers who has been with Jewelmer for 40 years, rising to the post of farm manager, was also a speaker. He spoke about how the golden pearl is made from hardship, determination, passion and love for nature. He ended with an invitation to help in taking care of our environment and nature, adding: “The golden pearl is a result of a golden heart.” It was an emotional and enlightening moment for everyone.

It was great to see the next generation of Jewelmer’s leadership team on stage as well. Jacques Christophe Branellec, EVP and deputy CEO, emphasized that it is gratitude, humility and love that brought them here today.

Marion Branellec-de Guzman, Jewelmer’s marketing manager, revealed the new Jewelmer logo and the 2019 campaign. Shot in one of the pearl farms, the campaign features Solenn Heussaff-Bolzico, who embodies the spirit of a Jewelmer woman. It is a tribute to Mother Nature that highlights the golden gem against landscapes and the ocean.

Sarah Geronimo, one of the country’s multi-awarded singers, gave an astounding performance.

I also want to greet Alice a happy birthday! Co-chair Kaye Tiñga and I are looking forward to mounting our 11th RCG, and we hope Alice and her family will generously participate in the auction once again.

Another generous donation was recently turned over to Inquirer Foundation. The Noel Bazaar 2018 Series has just finished a stellar season. As in previous years, this has meant a great deal to its beneficiaries, including the Inquirer Foundation, which aids retired newsboys and provides scholarship programs to their families.

Another recipient is the Gifts and Graces Foundation, which provides livelihood programs for marginalized  members of society.