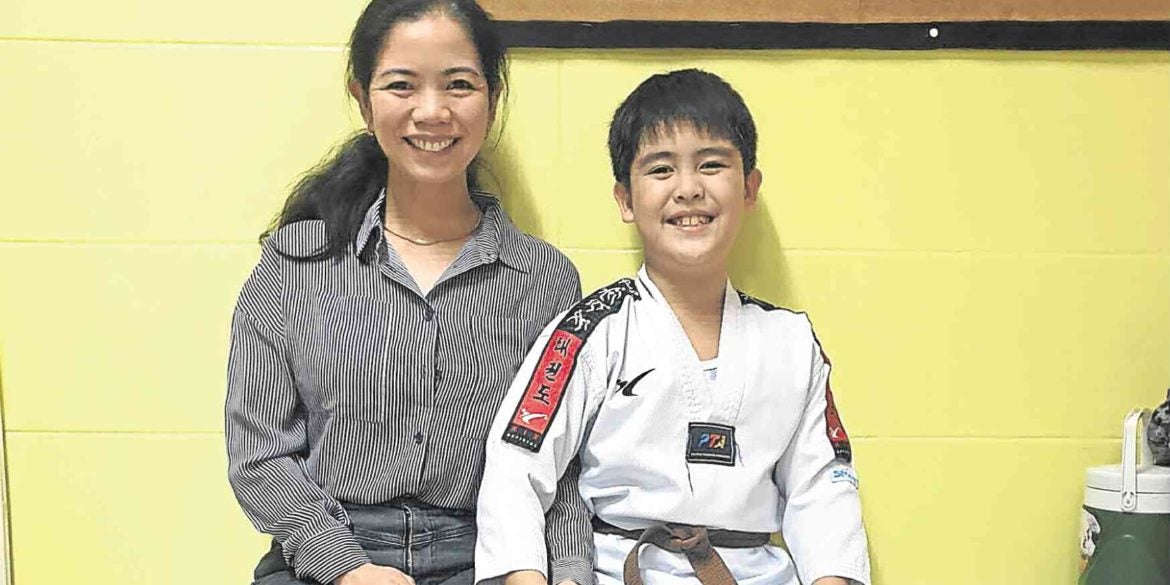 How to choose the best martial art for your child

Sports helps them develop critical thinking, gain confidence and a sense of self-respect—on and off the mats

Confused about the myriad martial arts lessons available for your budding little ninja? These parents take the guesswork out of the most popular picks.

Tristan Saveron, 8, is a taekwondo brown belt. He first enrolled when he was three, and trains thrice a week.

“Tournaments are usually on weekends and the competition season we join is usually from April to October, so the impact on his studies is minimal,” says his mom Pia.

Why taekwondo? “When Tristan was 2, he would escape his crib, which was chest-high for him, using his legs to propel him over the edge,” she recalls. “His flexibility and strong legs suited him for taekwondo. It was also the only martial art with classes for very young kids (3-6 years old). Most martial arts schools accept only 7 years old and above.”

Tips for parents: “Let your child try different sports or martial arts to see if it is something they will enjoy,” Pia says. “They have to be more interested and more excited to learn about it than you. Also, let them decide if they want to continue or how often they will attend classes. This will help them commit to the sport and still enjoy it. Always acknowledge their excitement, encourage and support them by attending their classes and tournaments.”

She adds: “I would recommend taekwondo for kids who have a lot of energy to burn. It is a great outlet, especially those who like to kick and run around. This is also good for timid or shy kids to help build more confidence through board breaking or poomsae (forms) demonstrations.”

Pastry shop owner Franz Echevarria, 41, has a 1st dan black belt in combat aikido. His daughter Alexandra, 10, started training when she was 8 and is at first-level traditional aikido.

Why aikido? “I thought my child would appreciate it,” says Franz. “Compared to other martial arts, aikido focuses on self-defense in a harmonious way. It doesn’t fight force with force. It goes with the flow and uses the opponent’s strength against himself/herself, something I thought anyone could do without being too ‘physically endowed’ for the martial art.”

Tips for parents: “Know your reasons for enrolling your child,” Franz says. “Is it for exercise, self-defense, to make friends  or boost confidence? Do a trial period for each class if you can, so you can determine which class your child is more comfortable with or will enjoy doing.

“Aikido’s a passive martial art. I would say it’s great for quiet or timid kids or kids being bullied. Some of my students years ago were very shy but have since come out of their shell.”

Adrian, 13, has been doing karate for seven years and trains twice a week, says his mom Connie, 42, who did taekwondo.

Adrian first enrolled in a karate class one summer. He continued until he joined the school’s varsity team and now holds a red belt.

Tips for parents: “My son is far from being the best in karate and he doesn’t like everything about it,” says Connie. “He is more passionate with his music. But he is not able to let go of karate, even if I suggest he stops and does something else. I guess he really enjoys the discipline, training and friendships he has built through this sport which makes letting go of the sport hard.”

When Andrew Weon, 43, is not training in mixed-martial arts (MMA), he is learning Brazilian Jiu-jitsu (BJJ) with his kids, Steve, 16, and Ashley, 14. They train two to three times a week.

Andrew chose BJJ over other martial arts for his kids, “for times when they might get into a fight with someone. No one will be injured using Jiu-jitsu.”

He regrets starting them late in the sport, because of the benefits they could have acquired early on: “Jiu-jitsu is a sport where you have to think carefully. You also learn confidence.”

“All my children are into BJJ, wrestling (freestyle and Greco-Roman), Muay Thai and MMA,” says Bubbles Bermudez, mom of Liam, Lucas and Lucho. “Their father, Alvin Aguilar, is a BJJ black belt and has been into the sport since 1996.”

She adds: “We chose BJJ as their base art, which transitioned into the other arts, because it is probably the most technical martial art that trains the mind to think. It’s like a chess match. This helps with their critical thinking and helps them analyze how each move is connected to the other. There’s also no striking involved in BJJ, so it’s definitely an art that children can get into at an early age.”

Her children began taking martial arts at around 4-5 years old, with formal training at 7. They train after school and compete at least twice a year.

“Alvin and I did BJJ even before we got married and studied it thoroughly before we got the kids into it,” she recounts. “We exposed them to it even before formal training to see if they would like it. Nothing was ever forced upon them. Just like any other sport, there are certain risks and injuries, but with proper guidance by coaches and parents, this art or any other martial art can help a child.”

Tips for parents: “Before getting your child into a martial art, read up on it and its benefits to your child’s mental and physical development. See if the coach is a good example who teaches the right values. Martial arts can help teach discipline, maximum tolerance and confidence,” she says.

“BJJ and wrestling can fit any personality. These arts can help a shy or introverted child come out of their shell, and help people who are hyperactive, as these help work on one’s breath. Both arts train you to relax and think. You cannot execute a move effectively if you are agitated and high-strung, because one wrong move will make you lose to your opponent.

“My nephew, who was diagnosed with ADHD, for example, learned how to calm down and compose himself through BJJ.

“BJJ is a thinking man’s sport, and to excel in it, you need to come out of yourself and train your mind to calm down and just internalize all the learnings. I’ve also seen some kids who used to get bullied in school gain more confidence, not just because they know they can defend themselves; once they start seeing themselves excel in the sport, they also gain a sense of self-respect even off the mats.” –CONTRIBUTED