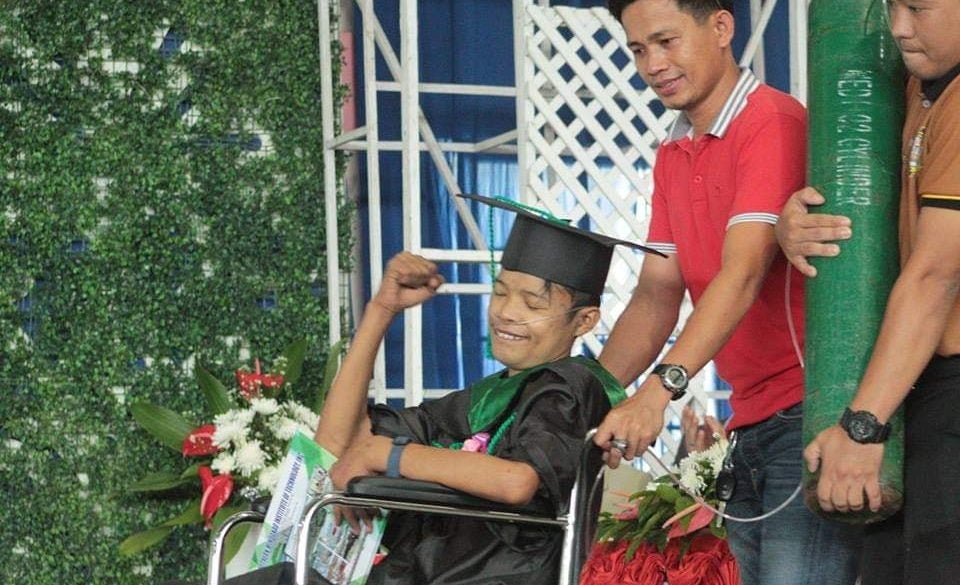 College student who graduated on wheelchair, with oxygen tank passes away

A day after his story went viral among netizens — him having attended his college graduation on a wheelchair and with an oxygen tank attached to him — Joemar Kenik Mangkok, who fought rheumatic heart disease for five years, passed away on Wednesday, March 27.

Mangkok’s sister Lyn Mangkok-Ayob confirmed in a call to INQUIRER.net the passing of her 25-year-old brother.

Despite being critically ill, Mangkok graduated from college on Friday, March 22, with a degree in Bachelor of Arts in Secondary Education, major in Mathematics, at the Southern Mindanao Institute of Technology Inc. in Datu Paglas, Maguindanao.

After receiving his diploma, he was rushed to St. Louis Hospital, Tacurong City, Sultan Kudarat; he went into coma Friday evening before finally passing away before dawn.

Mangkok inspired netizens over the weekend after Ayob shared his heartwarming graduation photos and spoke about the courageous fight of her brother against the disease. JB