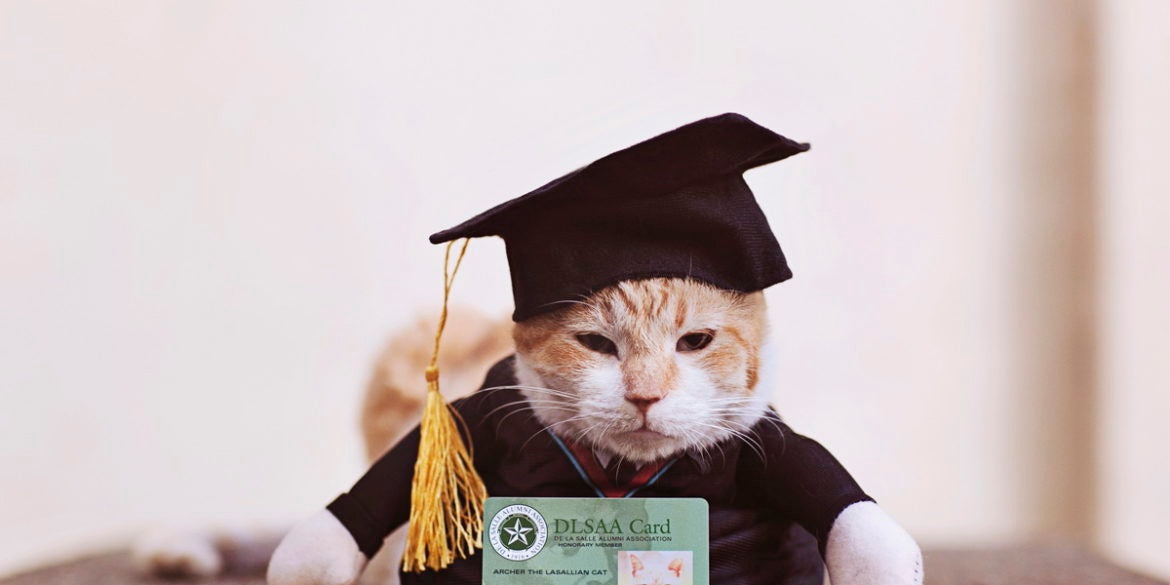 DLSU’s official student publication, The LaSallian, shared on Facebook the graduation photos of Archer, stating that a program and a tour dedicated to the campus cool cat were also held.

“The graduation of the beloved University mascot, Archer, was held earlier today at the Henry Sy Sr. Grounds,” The LaSallian said in the post.

Archer was among more than 60 cats housed and fed daily at the university through an organization caring for cats, the Professors for the Upliftment of Society’s Animals or DLSU PUSA.

The LaSallian said DLSU PUSA earlier announced that Archer will be adopted and leave the campus grounds due to medical reasons.

During the graduation rites attended by university students and fans, The LaSallian said Archer-inspired merchandise were sold to finance his transportation and other medical needs. JB

Now your cat can wear a Snapchat flower crown, too