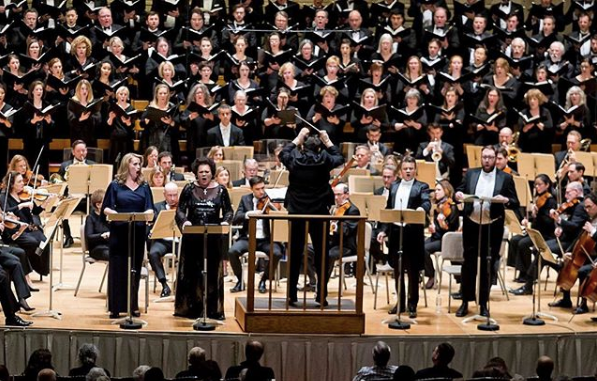 The Boston Symphony Orchestra is gearing up for an ambitious new season that will include its first joint concert with Germany’s acclaimed Gewandhaus Orchestra.

The BSO and the Leipzig orchestra will join musical forces Oct. 27 through Nov. 2 for three concerts together performing works by Strauss, Haydn, Schoenberg and Scriabin.

BSO music director Andris Nelsons calls it “an absolute dream come true” and a unique event in the world of classical music.

Also planned for the 2019-2020 season are seven world and U.S. premieres, including Betsy Jolas’ “Letters from Bachville” on Nov. 7-12, and a continuation of the BSO’s multiple Grammy-winning Shostakovich cycle with Symphonies Nos. 2 & 12.

Nelsons also will take the orchestra on the road to Seoul, Taipei, Hong Kong and Shanghai next February. CC