Francis Bacon's 'Study For a Head' to be auctioned | Inquirer Lifestyle ❮ ❯ 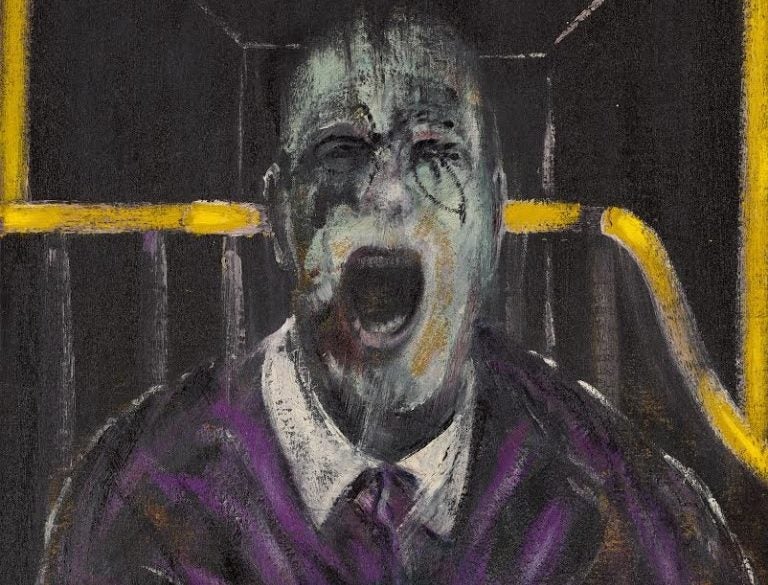 A painting from Francis Bacon’s famed series will go under the hammer in May at Sotheby’s contemporary art evening sale in New York.

Completed in 1952, “Study for a Head” could sell for between $20 million and $30 million. The painting draws inspiration from Diego Velazquez’s “Portrait of Pope Innocent X” that captivated Bacon for decades.

“Study for a Head” is one of the earliest works by Bacon to enter a private American collection. It was bought by novelist and critic B.H. Friedman the year it was painted. Acquired in the 1970s by Seattle collectors Richard Lang and Jane Lang Davis, it has remained in private hands since then.

Grégoire Billault, the head of Sotheby’s contemporary art department in New York, said in a release: “The painting contains all the elements of the artist’s best-known works from this period — broken pince-nez glasses, a purple mozzetta and of course the reverberating scream — and draws inspiration from the works of Velázquez, Munch and Poussin, as well as Bacon’s lifelong exploration of the human condition. We greatly look forward to presenting the painting to collectors and admirers of Bacon’s genius around the world this spring.”

Francis Bacon’s “Study for a Head” will go on sale on May 16 at Sotheby’s New York. It will travel to Hong Kong (from March 29 to April 2), Paris (April 8 to 9) and Los Angeles (April 16 to 17), before returning to New York. It will be on public view in Sotheby’s newly-redesigned galleries on York Avenue from May 3. CE/JB