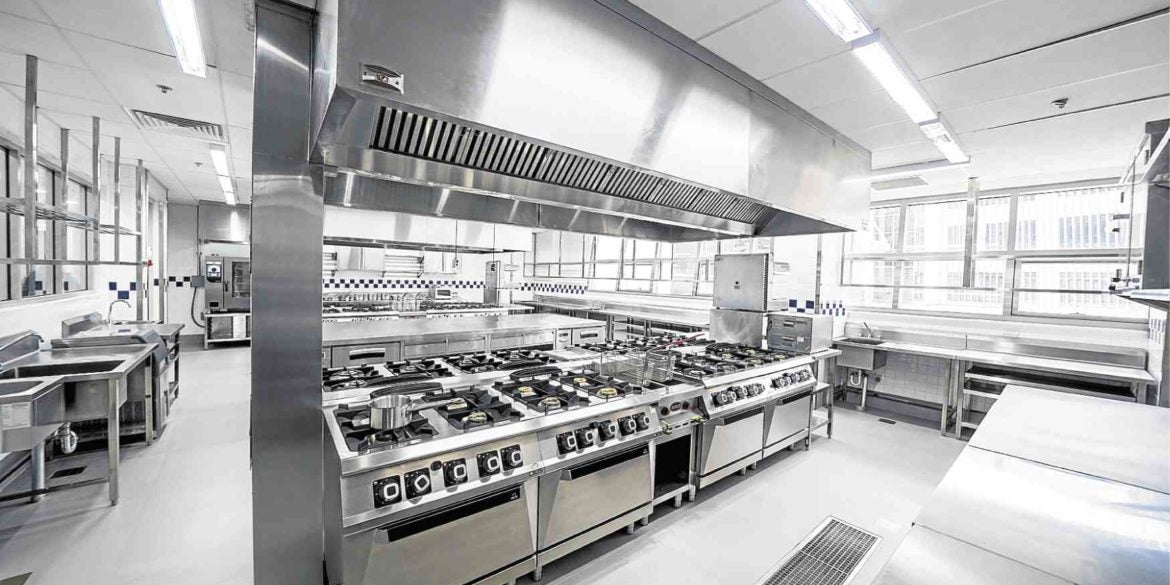 Instruction has a 1:1 ratio—each student gets to prep on own workstation, allowing for individualized training

The partnership between the two schools was formed in response to the strong regional demand for quality hotel and restaurant management education.

“LCB Ateneo, with its truly world-class standards, will surely contribute in a major way to the growth of our country’s food and beverage industry,” says institute director Liza Morales. “The graduates of our various programs will either be effective culinary leaders with topnotch skills or dynamic entrepreneurs with winning concepts.”

For the past 120 years, it has been a leading culinary teaching institution, with state-of-the-art facilities and superior programs.

The Le Cordon Bleu-Ateneo de Manila Institute, on the ground floor of the George SK Ty Learning Innovation Wing of Areté at Ateneo’s Loyola Heights campus, aims to train students to be competent and in demand in professional kitchens here and abroad.

The faculty is headed by chef Thierry Le Baut, the school’s technical director. He was trained at Le Cordon Bleu Paris, Tokyo, London, and New Zealand, and has more than four years of experience in fine-dining restaurants, having worked in leading dining places in Germany, England, France and Spain.

The Curnonsky Demonstration Room is where students observe the chef-instructor create dishes they will later make themselves at the Brazier Cuisine Kitchen, which is furnished with high-quality cooking equipment. It boasts a 1:1 ratio—each student gets to prep in one’s own workstation, in an individualized, intensive training.

The Montpensier Pastry Kitchen is where patisserie students get to hone their professional baking skills. The Dumas Restaurant Dining Area is where they enhance their service orientation in restaurant operations and food industry practices.