The end is coming: How 'Game of Thrones' broke all records | Inquirer Lifestyle ❮ ❯ 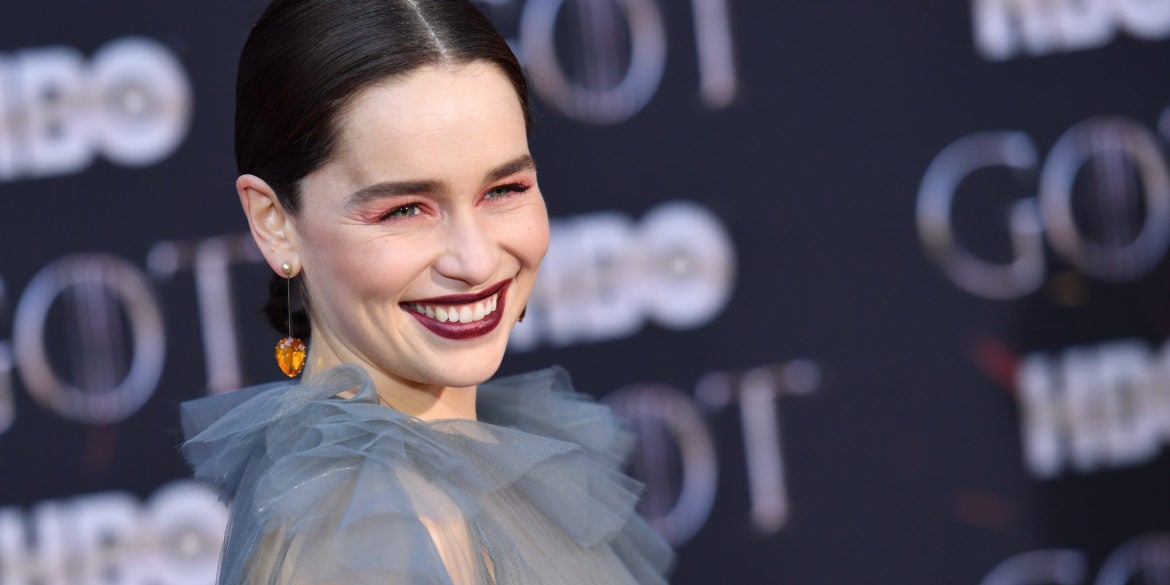 The end is coming: How ‘Game of Thrones’ broke all records

The most expensive, most watched, most pirated and most award-festooned fictional television series in history… As “Game of Thrones” starts its eighth and final season on April 14, AFP looks back on its record-breaking run.

First broadcast in 2011 on the US cable channel HBO, “Game of Thrones” — or GoT to its fans — was not an overnight phenomenon. But its audiences have never stopped growing and by 2014 it had overtaken HBO’s flagship hit, “The Sopranos”.

By its seventh season in 2017, viewing figures were stratospheric. Its final episode set an all-time US record for premium cable TV with 16.5 million people watching live or streaming on the day of transmission and 15 million more tuning in later.

Viewing records also tumbled in many of the 186 countries in which it was shown, with Britain’s Sky Atlantic and OCS in France showing episodes in the middle of the night in sync with their US premieres. But the figures become truly mind-boggling when illegal downloading is taken into account, with more than one billion people watching pirated copies of the seventh seaso

The eighth run-out for “Game of Thrones” is reportedly the most expensive season of TV ever shot, with a budget of $15 million (13 million euros) per episode, taking the overall season cost to $90 million. Although much of this has gone on lavish locations and special effects, the final two episodes will be one hour 20 minutes long — almost the length of Hollywood movies.

HBO knows there is little danger of them not getting their money back, with the franchise so far earning them more than $1 billion, according to the New York Times. The massive investment has also brought the series a record-breaking trove of 47 Emmy Awards from 128 nominations.

After the leak of four episodes of season five before it was broadcast, the producers massively overhauled their security. To throw hackers and pirates off the scent, showrunners David Benioff and D.B. Weiss have shot several versions of the final episode, a tactic already used for “The Sopranos” and “Breaking Bad.”

Actress Sophie Turner, who plays Sansa Stark, admitted that even she had been fooled into believing a red herring version of the denouement.

To make sure no one was snooping, the producers took measures to stop drones overflying their shoots.

The series has also been a boon for tourism, particularly in Northern Ireland, where much of the series was shot, with fans flooding in to visit locations in the region which had previously been best known for its violent sectarian past.

Iceland and the Spanish cities of Girona in the Catalan north and Osuna near Seville have seen their visitor numbers rocket from special “Game of Thrones” tours. But the Croatian coastal city of Dubrovnik, the setting for King’s Landing, discovered you can have too much of a good thing. It has had to put limits on the number of visitors it can receive in its picturesque medieval centre.

Dogs, goldfish and lots of babies have also been named after characters from the series, with Arya — together with its alternative spelling Aria — entering the top 20 most popular names for girls in Britain last year.

Khaleesi, the honorary title in the imaginary Dothraki language given to Daenerys Targaryen, has also become popular, with 466 little girls in the US and 77 in France named after the queen of dragons last year.

The series has been something of a mixed blessing for pets too. Peter Dinklage, who plays “the Imp” Tyrion Lannister, had to appeal to fans to stop buying Siberian husky dogs who look similar to the dire wolves in the show.

Animal rights campaigners had complained that the number of huskies abandoned in Britain has risen seven-fold since the show started.

While he was still in the White House, Barack Obama admitted to being a big fan of the series. He even asked HBO to bend their strict rules to allow him a sneak preview of the sixth season.

His successor in the Oval Office Donald Trump has made wide use of the “Winter is coming” motto of the House of Stark.

Much to the irritation of the channel and several of its actors, the US president has adapted the line several times in his tweets, including about Iran — “sanctions are coming” — and his border wall with Mexico: “The wall is coming.”

The president, however, does not appear to have learned the lesson of the “Game of Thrones” wall, which has proved utterly ineffective against illegal immigration of Wildlings and zombie White Walkers.