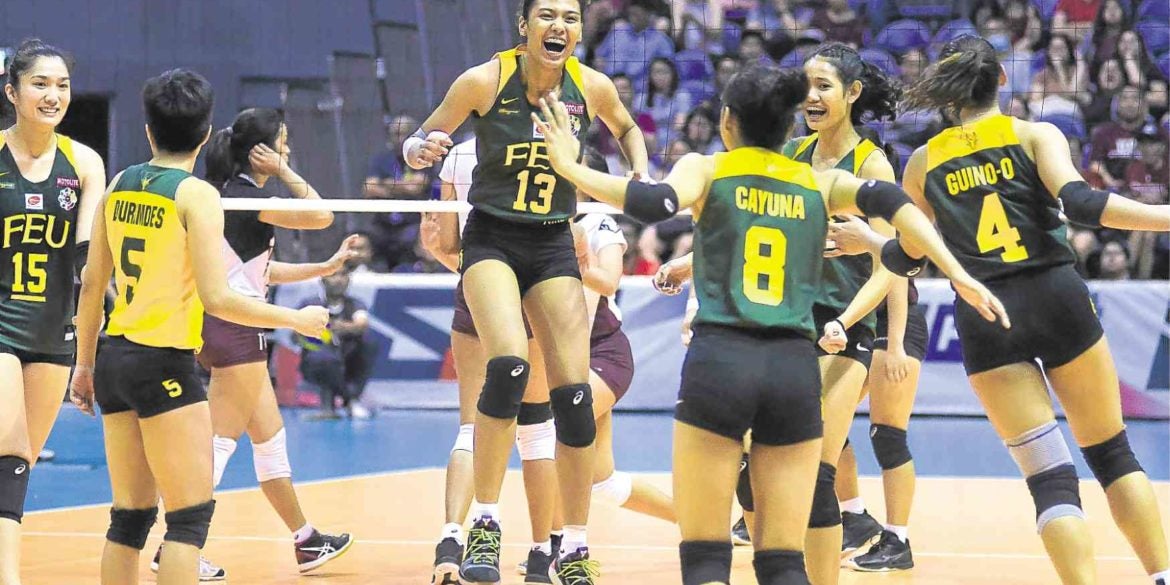 UAAP Season 81’s women’s volleyball tournament has become one of the tightest races in recent years, with five teams still jockeying for spots in the Final Four. The Far Eastern University (FEU) Lady Tamaraws and University of the Philippines (UP) Lady Maroons collided April 6 with huge stakes on the table.

The intensity was not limited to the court, as fans went all-out in cheering for their respective squads. It was FEU’s #BeBrave vs #UPFight all the way.

The Lady Maroons won a pre-season championship series against the Lady Tams in 2018, and their UAAP first-round encounter. With payback on their minds, the Lady Tams came out smoking, relying on hard serves and floor defense to frustrate UP’s attackers. FEU won the first set, 25-21. UP rebounded in the second set, aided by a fast start and unforced errors by the Green and Gold.

The Lady Tams blasted service aces at the tail end of the set, but fell short, 19-25.

The third and fourth sets were similar, in that FEU made late runs to ultimately claim the game in four sets at 25-23, 25-22, respectively.

With the win, FEU strengthened its bid not only for a semis seat but also a twice-to-beat advantage (coupled with its recent win over National University).

UP, which also recently lost to University of Santo Tomas, needs to sweep its remaining games and some luck to avoid crashing out of the tournament.