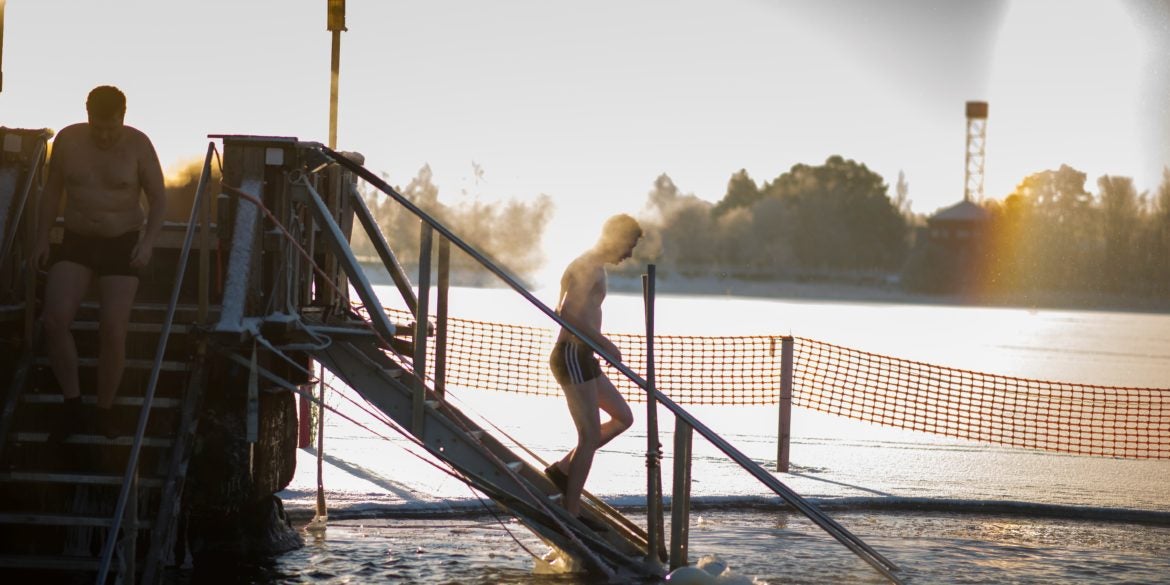 When the UN crowned Finland the world’s happiest nation last month for the second year running, there were still quite a few eyebrows raised. How could this Nordic country, better known for its harsh weather and high suicide rate, be the world’s happiest?

Although international comparisons are imperfect due to holes in the data, in 1990 official statistics did indeed indicate that Finland’s suicide rate was the second highest in the world, behind Hungary.

But Professor Timo Partonen at Finland’s National Institute for Health and Welfare, warns against the temptation to blame the problem on Finland’s dark, cold climate, or its bleak, concrete, postwar towns.

“If you are depressed in any place in the world, you bear a similar risk of suicide,” Partonen told AFP.

“I think that the social connections and how willing you are to seek help and receive help are the most important things here.”

Suicides in Finland have now fallen to less than half of 1990 levels. That is thanks largely to a decade-long public health drive to improve treatment and support for those at risk, as well as to make media reporting of the issue more responsible.

These days it is also much more socially acceptable for Finns, especially men, to open up about their feelings, says Partonen.

According to the World Health Organization, Finland’s suicide rate is now 22nd highest in the world, lower than the US and one spot higher than Australia.

Even today however, many Finns still describe themselves as taciturn and prone to melancholy — and admit to eyeing public displays of joyfulness with suspicion.

Finland’s residents enjoy a high quality of life, security and public services, with rates of inequality and poverty among the lowest of all OECD countries.

But as the country votes in this weekend’s general election, the issue of how to continue funding Finland’s cherished welfare state in future appears to be on many voters’ minds.

In an EU survey last year, 86 percent of Finns said they were satisfied with their work-life balance, against an EU average of 78 percent.

That leaves more time for a favourite pursuit of many Finns — going outdoors to enjoy the country’s vast forests and thousands of lakes.

“You forget all your daily things that maybe are going on inside your head, and you can just breathe deeply and listen to nature,” said Petri Honkala, a physiotherapist of his daily walks and runs in the forest by his house.

Since Finland’s success in the UN’s world happiness rankings, which compared various social and economic measures in 156 countries, Honkala and seven other Finns have been employed by the country’s tourist board as “happiness guides” for foreign visitors.

Later this year he will host guests at his home to share the secrets to Nordic wellbeing — and a trip to his favourite nearby forest spots will be top of the agenda.

“I have been in my own little business all the time, I haven’t been employed, so I haven’t had any vacation for example, I don’t go to the Canary Islands,” Honkala said, as he barbecued sausages over a bonfire in a small forest clearing.

“But that’s not the important thing to me, I’d rather come over here.”

It is a grey, chilly day when AFP visits Honkala in his picturesque village of Mathildedal, an hour and a half from the capital. The piles of snow still haven’t melted away entirely, and green shoots are yet to appear from the frozen ground.

But the cold weather is not a bar to happiness or to enjoying the outdoors, Honkala insists.

“I have no complaints, the only thing is the winter could be a little bit shorter, and the (summer) a little bit longer,” he laughs.