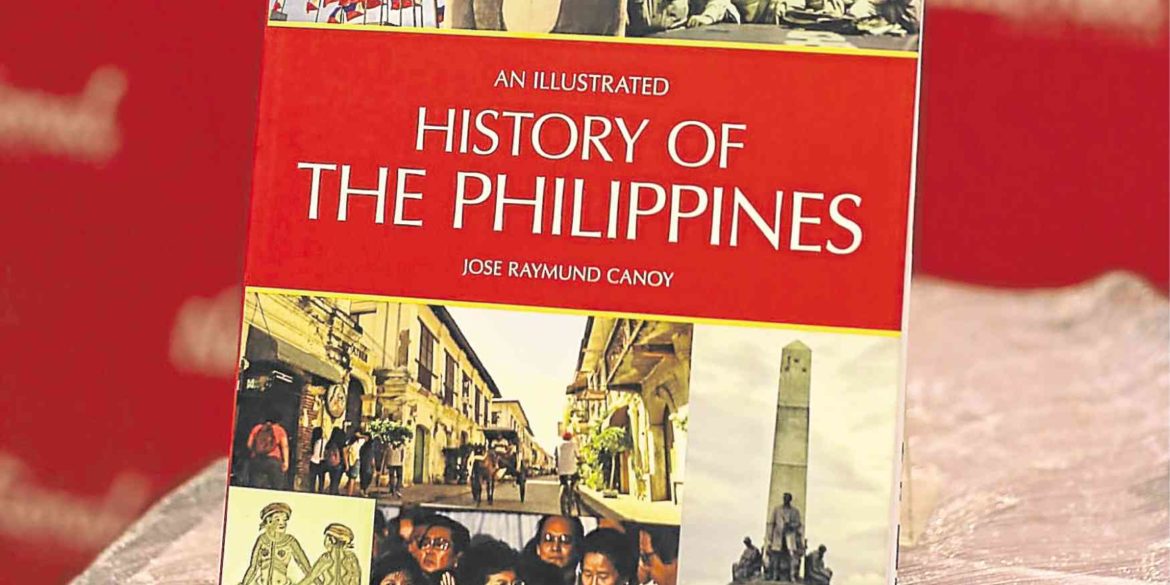 People who consider books on the history of the Philippines as dry amalgamations of dates and names amid unadorned pages that require rote memorization, may have a heart attack when they behold a volume like Filipino historian Jose Raymund Canoy’s “An Illustrated History of the Philippines,” the colorful 2018 paperback volume from John Beaufoy Publishing Ltd. The book combines a very accessible narrative approach with exhaustive research and is bristling with compelling images.

Filipino readers became acquainted with Canoy’s volume when National Book Store brought him into the country to launch his book in Manila and Cebu.

His first book, “The Discreet Charm of the Police State: The Landpolizei and the Transformation of Bavaria 1945-1965,” was meant strictly for academics. “My first book was for specialists, with probably only about 500 copies in the whole world in libraries.”

When he met “Illustrated History” publisher Beaufoy, he was told to write an illustrated history of the Philippines (the publisher has also published volumes on Cambodia and Thailand). “I said, ‘John, I’m not qualified to write that. You should look for someone who specializes in Asian history. Being Filipino does not make me an expert on my country.’”

But Beaufoy told him, “I’m looking for a book which can be accessible to a broader audience but still be truly grounded in scholarship.” Canoy admitted: “That’s not very easy to do.”

That was exactly what he set out to do. He took an entire year to research the book and then another year to write it and do the photo research.

What was his biggest challenge? “The closer you got to the present, the more political and partisan the available material was. Beyond 1975 onward, any source you use, there’s going to be somebody who’s going to question that. You just accept that. You can’t please everybody.”

There’s a lot of ground to cover before that time, as the book basically begins 21,000 years before the present. “Illustrated History” is divided into seven chapters—starting with “The Community as a Boat” to “New Forms for Old Challenges—with a truly informative timeline. He asks, at the end of his introduction, what he considers the most compelling question: “If the Philippine state is so weak, why does the country seem so durable and resilient in the shadow of this weakness?”

Canoy is quick to refer to influences. It was historian Patricio N. Abinales who first formulated discussion of the Philippines as a weak state; heavily influential to the book was the writing of Luis Francia in the 2010 book, “History of the Philippines: From Indios Bravos to Filipinos.”

But the key to “Illustrated History” is that it isn’t a mere regurgitation of details without context. The book is a showcase for Canoy’s wry and insightful observations on the key events that shaped the country; he also sheds light on the different civilizations and countries that have influenced Philippine society.

“We are at the end of the American period for the history,” he says of the continuing critical questions about what exactly the Philippines is as a state and who are the Filipinos as a people. 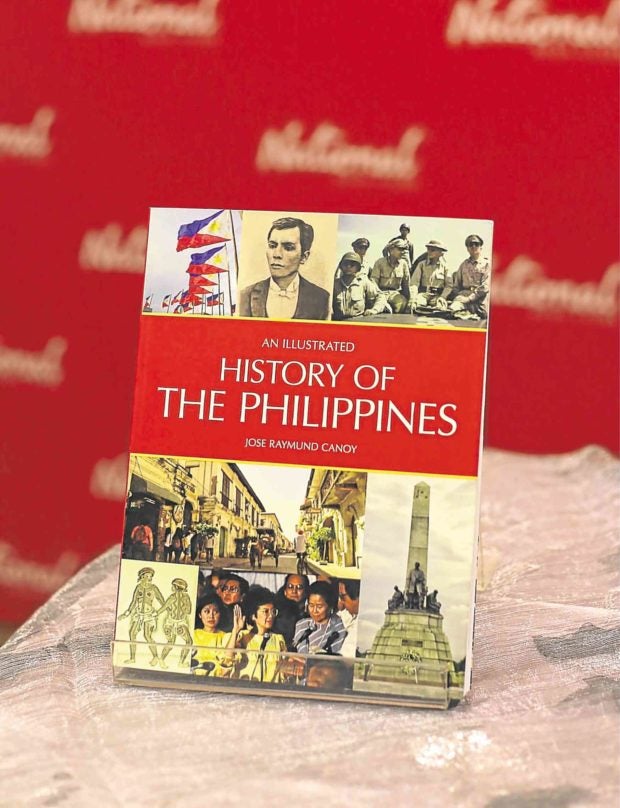 In 120 years, the Philippines has defined itself through its relationship with the United States. “Either in conflict with, embracing, accepting, tolerating, or coexisting with the US. A lot of the mental space is taken up coping with the US. When that vacuum is opened up, all kinds of things will try and fill the gap. Some of the things will be good things and some of the things will be really bad, dangerous things. There’s no Plan B, and there’s a low-grade panic.”

What makes the book even more accessible are the well-curated, thoroughly sourced images, which really make the chapters come alive.

Canoy emphasizes his book is not a textbook. “It could be useful in school but it has to be paired with the proper text.” He calls the book a volume that’s meant to be skimmed. It’s a book for everyone interested in the Philippines. It is a volume that is both intellectually and visually inspired.

Canoy has other big endeavors coming up. He’s writing a book on Ireland and the Philippines (interestingly places he has roots in) as former Catholic colonies of imperial Western states. “There are certainly interesting parallels that make the project worthwhile,” he notes. He’s also halfway through writing his first novel on Sundaland, the landmass that existed millions of years ago before the shifting seas turned it into the islands of Southeast Asia.

In the meantime, in the present, there is this book. “Compared to our Asian neighbors, we don’t have an approachable, usable deep past,” Canoy says. “What we have are some fragmentary evidence, the chronicles of outsiders and a lot of wish fulfillment. There’s a lot of fabulating and myth-making before 1850. Identity trumps the economy, security and food. People live and die by identity. If the book can help Filipinos think about—not tell them what identity is—but just think about it then perhaps the economy can be helped, the state can be a stronger but also a more humane state. You don’t know where you’re going until you know who you are.”