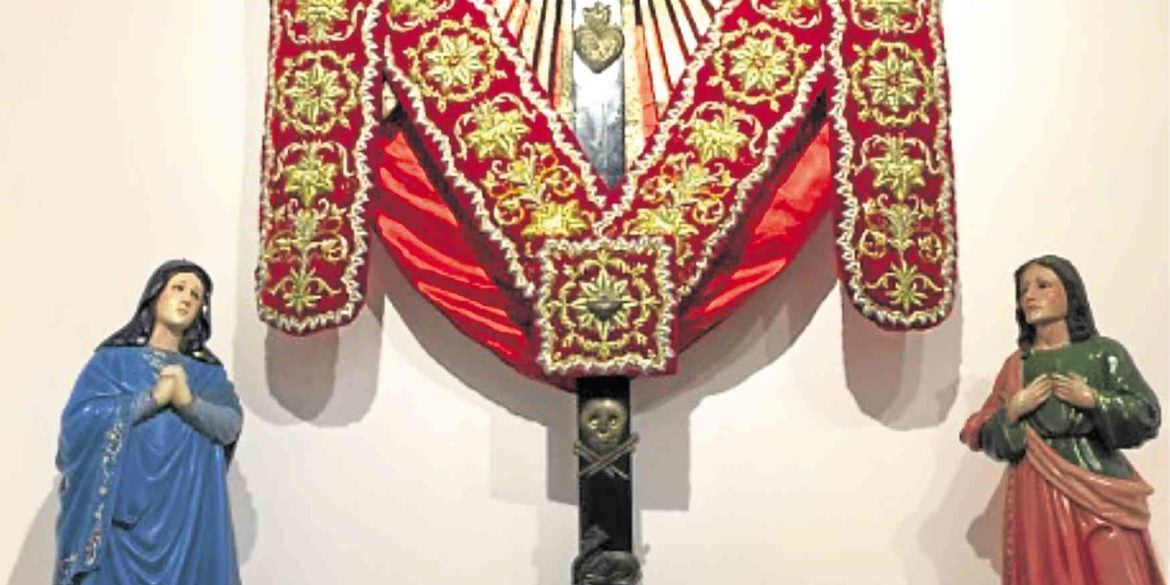 In observance of the Lenten season, the San Agustin Museum (SAM) in Intramuros set up an exhibit on the Filipino devotion to the Holy Cross.

The exhibit, which ran from March 15 to April 5, was the latest of SAM’s exhibitions on church art, history and Christian faith.

It was curated by Billy Malacura and museum director Ricky Villar.

Featured were 45 17th- to early 20th-century crosses from the museum collection, as well as from parishes, private collections, and institutions such as Fatima University.

These included the pilgrim image of the “Krus ng Wawa” of Bocaue, the same cross that was in the 1993 Bocaue pagoda tragedy, where hundreds of devotees died.

Also exhibited was a replica of the “Holy Cross of Tanza” in Cavite, where Emilio Aguinaldo took his oath of office as the first president of the first Philippine republic.

The miraculous cross of Bauan; “Santo Cristo de Longos” of Binondo; Malabon’s “Holy Cross of Matahong”; the cross of Tunasan in San Pedro, Laguna; and various ivory crosses were also part of the exhibit.

Two ancient stone crosses from Villa Escudero in Quezon and from a parochial collection were also exhibited.

The stone crosses are unique since these are only found in front of the old homes in Tayabas, and used to “purify” visitors before going inside these houses.

Villar said the exhibition shows that devotion of the Filipinos to the Holy Cross is being practiced and propagated.

The tradition is alive, and the exhibit is not about crosses per se, but of the enduring and living devotion of Filipinos to the cross, he added.

The exhibit also marked the preparation of the museum for the 500th year of the arrival of Christianity in the country, when the cross was planted on Philippine soil in 1521. —CONTRIBUTED