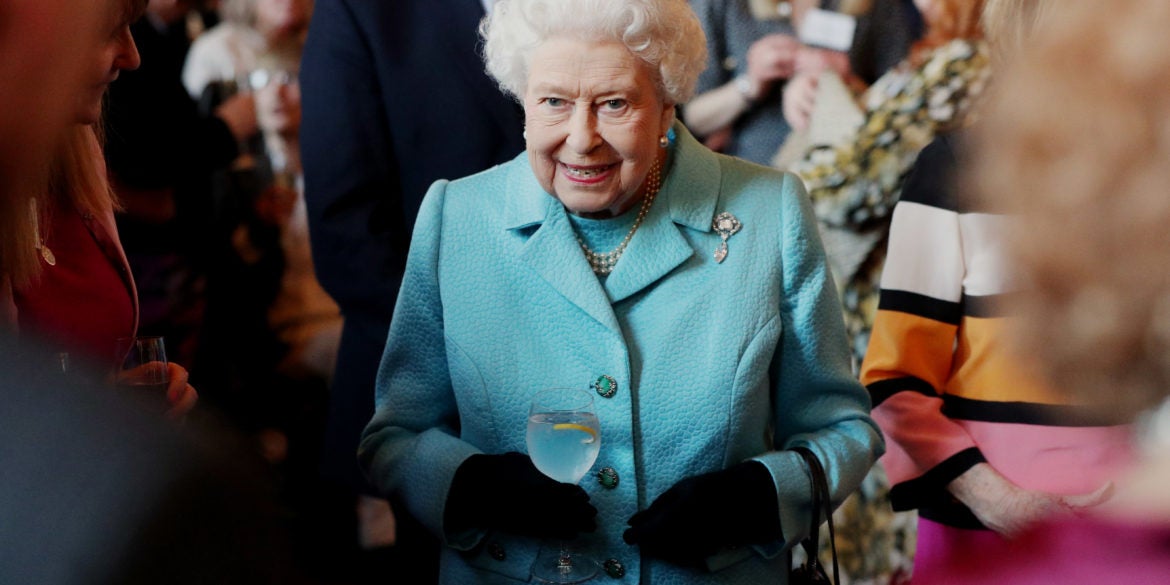 Britain's Queen Elizabeth II hosts a reception to mark the 100th Anniversary of the National Council for Voluntary Organisations (NCVO) at Windsor Castle on April 2, 2019. - NCVO represents a diverse community of over 14,000 member organisations  a third of the voluntary sector workforce in England. (Photo by Jonathan Brady / POOL / AFP)

Five facts about Queen Elizabeth II as she turns 93

Over 80 percent of Britons have not experienced life under any other monarch, having not been born when Elizabeth ascended the throne on February 6, 1952, according to the UK Office of National Statistics.

She has reigned over 14 prime ministers, coming to the throne during the tenure of Winston Churchill.

She has also met with 11 of the 12 US presidents in office and signed more than 3,500 bills into law.

On her birthday, the Queen will be 11 years and four months older than any British monarch in history, and at 67 years and 74 days, will be the longest serving by three years and 224 days.

The Queen was born on April 21, 1926, at 17 Bruton Street in London’s upmarket Mayfair neighbourhood, which is now a high-end Chinese restaurant whose signature dishes include “Roasted silver cod with Champagne”.

She has another official birthday on the second Saturday in June, to celebrate the landmark publicly.

The double birthday tradition was started by King George II in 1748, who wanted to have a summer celebration.

The monarch has been an animal lover all her life, and is particularly fond of horses and dogs.

She has owned more than 30 corgi dogs, her favourite breed, and even invented a new breed, the dorgi — a cross between a corgi and a dachshund.

She inherited several thoroughbred racing horses after her father King George VI died in 1952 and her rides have won more than 1,600 races.

The 93-year-old has also owned an elephant, black jaguars and a crocodile — all gifts that were looked after in zoos — and due to arachic laws, still owns all unmarked mute swans and “royal fish” in Britain, including dolphins and sturgeons.

Although not legally obliged to pay tax, Elizabeth chose in 1992 to start voluntarily paying income tax on her private earnings amid public grumblings about the cost of restoring the family’s fire-damaged Windsor Castle.

Despite the tradition and pomp of the family, the Queen has been comfortable with developing technologies ever since serving as a truck mechanic in World War II.

She sent her first email in 1976, sent a message taken to the moon by astronauts Neil Armstrong and Buzz Aldrin in 1969, first tweeted in 2014 and made her first Instagram post last month.

Her 1953 coronation was the first to be televised and, in 2012, her annual Christmas speech was made available on podcast.