Dennis Lustico conquers Paris (the marathon, that is) 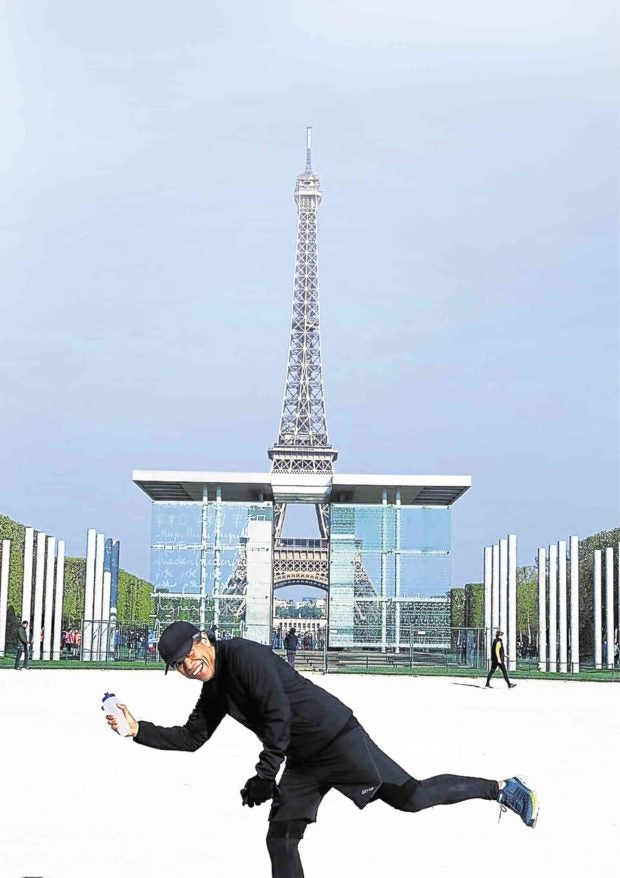 Triathlete and fashion designer Dennis Lustico didn’t exactly plan on running a marathon, until his mother, Maria Lustico, asked if he could take her to Paris for a vacation. It would be her first trip to Europe.

When he mentioned this to his friend, Marge Buot, a fellow triathlete, she suggested they do the Paris marathon. “I got excited at the thought of doing a full marathon for the first time,” Lustico said. They both immediately registered.

He began training under coach Ige Lopez in November 2018, running every Tuesday morning in Dasmariñas village in Makati, then speed training at the Manila Polo Club every Thursday. Long runs were done on Sundays at Bonifacio Global City.

“From Coach Ige, I learned the importance of proper eating and its effect on running, and how a decrease in your weight of 2.2 lbs could lessen the impact on your knees by 4 lbs,” he said.

By the time he ran the Paris marathon last April 14, he was 10 pounds lighter. “I felt lighter and faster.”

Since he started doing triathlon races in 2015, Lustico has also done Spartan and relay races. He’s set to do the 21-km trail race in Benguet in June. He and his fellow Paris first-time marathoners—Buot and marketing consultant and businesswoman Rhoda Aldanese—are also planning on joining the 21-km race in Ha Long Bay in Vietnam in November. The trio’s ultimate goal? The New York marathon in 2020.

Lustico has some advice for wannabe marathoners: “First, you have to be absolutely sure that you want to do a marathon. Then be committed to a strict training schedule. You should be disciplined with your diet. Agree willingly to a change in lifestyle for the duration of the training.”