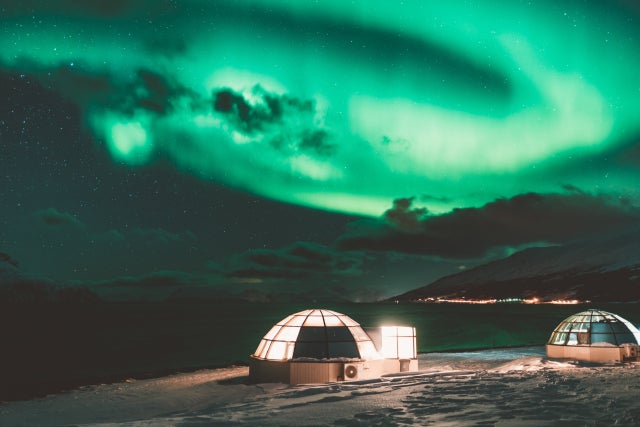 Sleep under the stars in a glass igloo in Northern Norway

Intrepid travelers can now book stays inside a glass igloo, built in the hinterlands of Northern Norway against the stunning backdrop of a tranquil river and dramatic fjords.

Located about three hours from Tromso, Norway, the new glass igloos of Lyngen North offer either 180 or 360-degree views of their surroundings, which include the peaks of the Lyngen Alps and the star-studded night sky.

Though they’ll be slumbering in the Norwegian wilderness, guests still have their creature comforts. The igloos are heated — they even have floor heating — and have ensuite bathroom and showers.

In summer, guests can hike the many trails around Lyngenfjord and sign up for guided river boat tours up the Reisa River. The tour includes a stop at the 270-meter-tall Mollis waterfall.

In the day, guests can choose from activities like dog sledding, snowshoeing and snowmobiling. At night, they have front row seats to the aurora borealis. Rates start at US$410 (P21,390). CC

How Teng Roma chased the Northern Lights in Norway