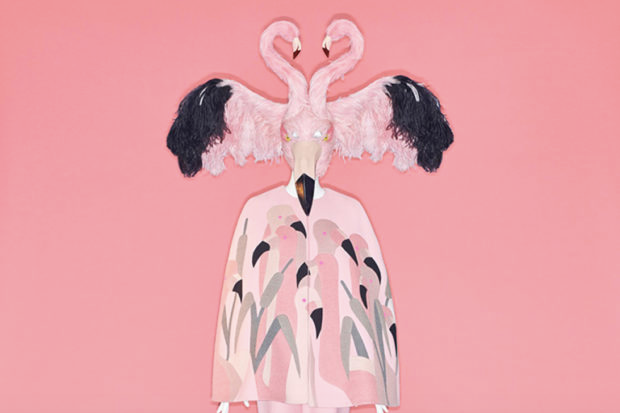 The exhibition “Camp: Notes on Fashion” will open to the public on May 9 at the Fifth Avenue museum.

It will feature about 250 objects, including womenswear and menswear, as well as sculptures, paintings and drawings ranging from the 17th century to the present day.

The exhibit will include the work of designers renowned for their campy aesthetic, including Virgil Abloh, Franco Moschino, Jean-Paul Gaultier, John Galliano, Jeremy Scott and Jean-Charles de Castelbajac.

Andrew Bolton, Wendy Yu Curator in Charge of the Costume Institute, has framed the exhibition around Susan Sontag’s 1964 essay “Notes on Camp.” In her seminal work, Sontag defined the “camp sensibility” as an ode to “the unnatural” and to “artifice and exaggeration.”

Although the word “camp” is often used as a synonym for “kitschy” and “flamboyant,” the essayist offered a more nuanced definition. “The whole point of Camp is to dethrone the serious. Camp is playful, anti-serious. More precisely, Camp involves a new, more complex relation to ‘the serious’. One can be serious about the frivolous, frivolous about the serious,” she wrote.

While Sontag’s work is the main inspiration for the exhibit, “Camp: Notes on Fashion” reflects on the ever-changing nature of camp, which has become increasingly more mainstream with the recent rise of the ugly footwear trend.

“Camp’s disruptive nature and subversion of modern aesthetic values has often been trivialized, but this exhibition will reveal its profound influence on both high art and popular culture,” said Max Hollein, director of The Met.

“Camp: Notes on Fashion” will be preceded on May 6 by the annual Costume Institute Benefit. Also known as the Met Gala, this year’s event will be co-chaired by Lady Gaga, Harry Styles, Serena Williams, Anna Wintour and Gucci creative director Alessandro Michele.

“Camp: Notes on Fashion” will be on view at the Metropolitan Museum of Art in New York, from May 9 through Sept. 8. CE/JB