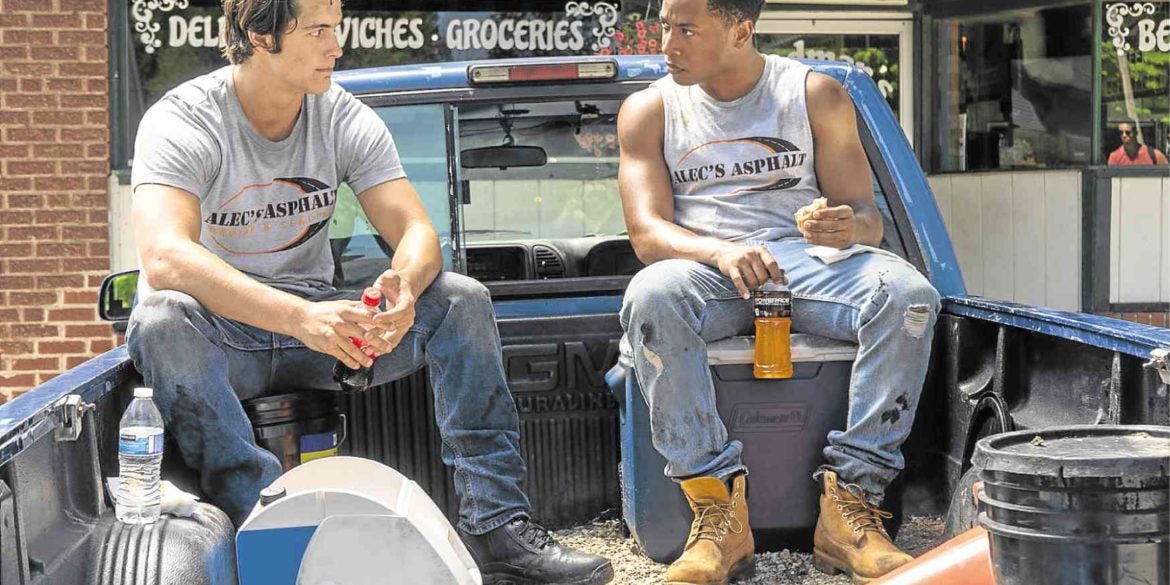 Wolfgang Novogratz plays Foster in “The Last Summer.” Shown here in a scene with Jacob Latimore.

Watch out for Wolfgang Novogratz

“Three words?” Wolfgang Novogratz asked, when we asked him to describe the film “The Last Summer.” He counted using his fingers. “Starring. Wolfgang. Novogratz.”

He and his co-stars laughed. “I’m kidding, I’m totally kidding,” he said, flashing his deep dimples.

But we’re not kidding when we say this: You need to watch out for Wolfgang. This star on the rise is going to be your next big crush.

For one thing, he is, to steal words from the great Derek Zoolander, “really, really ridiculously good looking.” For another, he is incredibly charming. He’s smart and funny too.

You may have slept on him in “Sierra Burgess is a Loser,” where he played the beer-lugging, toilet paper-throwing party boy who helped Sierra (Shannon Purser) do her first keg stand. And how can we blame you? Your eyes were probably trained on Noah Centineo the entire time. But you definitely won’t miss Wolfgang in “The Last Summer,” now streaming on Netflix.

In the movie, which also stars KJ Apa, Maia Mitchell, Halston Sage and Tyler Posey, he plays Foster, a guy on a mission to tick off items on his summer hookup wish list. Foster could have turned out to be a two-dimensional jerk that we’ve seen in a million and one teen movies but Wolfgang refused to let that happen.

“When I auditioned, Foster was originally written in the script as kind of like the Steve Stifler character in ‘American Pie.’ He’s trying to hook up with all these girls. He’s writing a list, and he’s really kind of a, for lack of a better term, douchebag,” he said. “I just thought to myself, you’ve seen that that kind of archetype in so many movies… How can you make him more three-dimensional and real?”

Wolfgang worked with co-writer and director William Bindley on creating a backstory for Foster. “I start thinking, ‘Oh, his motivation for this list is because he’s a virgin.’ He’s trying to shoot as many shots so he can hopefully get laid (before) college. He was fat his whole life and now he’s a bodybuilder so he’s trying to change himself for his last summer… That scene between Jacob (Latimore) and I, that was added the day before we shot it.”

That scene where Foster reveals his vulnerability is one of the film’s most intimate moments.

When asked where his character would be two to three years after the movie ended, Wolfgang said, “Foster keeps reinventing himself for the girl. With the Christian girl, he puts on a tie, he slicks his hair back. With the rocker girl, he is wearing leather pants. He’s acting the entire movie. I think at the end of it, he learned his lesson, like, let me just try to be myself and find somebody who likes that.” 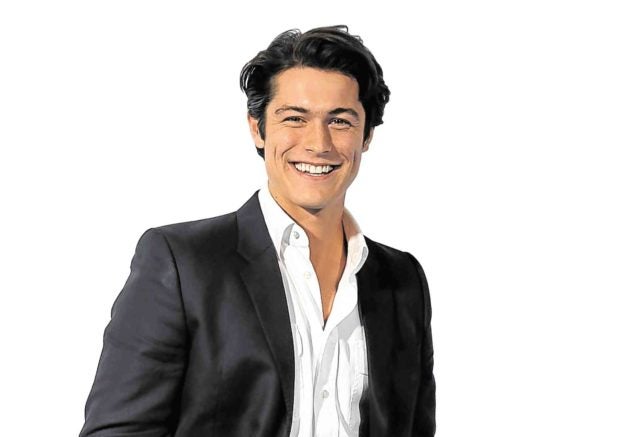 Wolfgang, now 21, started acting only in his senior year of high school. He’s no stranger to being in front of cameras though—his parents Robert and Cortney are the husband-and-wife design team The Novogratz who’ve had reality shows on Bravo TV and HGTV. “I took drama class for the first time in senior year. I had never acted before. I was, from five years old, set on playing big-time division I college basketball. Basketball was my whole life and I was very fortunate to have a lot of opportunities to make that dream a reality. But in my senior year of high school, I remember having this feeling of completion, like I wanted to start a new chapter.”

He was a point guard at Poly Prep in Brooklyn before joining the varsity squad at Harvard-Westlake School in Los Angeles and was being scouted by college coaches when he made the decision to end his basketball career. After talking to his father about his plans, Robert told Wolfgang to “play the year out.” Wolfgang said, “My last game was the state championship. We won the game and (as) I’m walking out of the locker room, I see my father. He looked at me and he asked, ‘Is that it?’ And I said, ‘Yeah, that’s it.’ That was a pretty special moment.”

Wolfgang, who has previously appeared in “Assassination Nation” and “Yes, God, Yes,” has fully embraced acting but if there’s one aspect of being in the limelight that Wolfgang has yet to get used to, it’s being on social media. His “The Last Summer” co-star Jacob Latimore said, “Wolfgang didn’t have an Instagram while we were filming. I tried to tell him, ‘Man, you gotta get on social media. Every time I put him in a video on my Story, they’d be like, who is him? Who is he? They’re asking for you.’”

“The plastic surgery really paid off,” Wolfgang joked, before adding, “That’s right. I never had social media my entire life. I just never did it. I was the only person under the age of 35 (without it). It was only two months ago that I made my first ever social media account. And I thought a lot about it before deciding to create it. I think there are a lot of good ways to use it. The people that have done it in a way I admire just maintained their element class and integrity. They’re not selling themselves out. I think they do a good job of using it and not letting it use them.”

Wolfgang is currently shooting the Netflix movie “The Half of It.” He will also star as Patch Cipriano in the highly anticipated film adaptation of the best-selling Becca Fitzpatrick novel “Hush, Hush.” Fans are already excited for his portrayal of the fallen angel. One girl wrote, “Wolfgang Novogratz has stolen my heart. How in the world will I survive #HushHushMovie?”